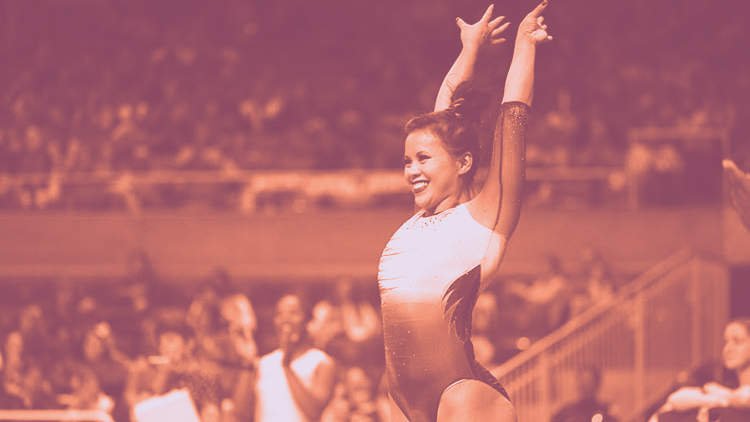 A senior at Auburn University injured herself during a gymnastics competition on Friday that resulted in two broken legs and dislocated knees, according to the Times-Picayune.

Cerio’s coach, Jeff Graba, told the Times-Picayune that when Cerio was performing the trick that resulted in her injuries, she got a little too high and reached to the ground a little too early. You can see her injury in the video below, although consider yourself warned: Some are calling Cerio’s injury the worst sports injury of all time.

Health spoke to a sports medicine expert to find out what the recovery from an accident that gruesome might look like. New York-based sports medicine surgeon Sabrina Strickland, MD, says that the video footage of the accident appears to show Cerio hyperextending her knees. Dr. Strickland, who is not involved in Cerio’s care, says the gymnast’s accident could have necessitated multiple operations to address problems with her bones and ligaments, which are “the bands that connect one bone to the next.”

“Her knees essentially hyperextended, and it looks like she most likely caused a ligament injury first,” Dr. Strickland says. “If you dislocate first, the stress first goes to the ligaments. It can result in a fracture of the tibia.”

Immediately after an accident such as this one, doctors would be looking out for any injury to the patient’s arteries, Dr. Strickland says. “The most important thing is this can cause a vascular injury. [The] artery in her knee—that’s the most important thing with this type of injury.” The patient might start taking a medication that can prevent blood clots because of this concern.

The first operation a patient might have after an accident of this caliber would be one that stabilized the patient’s legs, Dr. Strickland says. A trauma surgeon would do surgery on the bones to temporarily fix them in place. “Usually they’ll put something that’s outside the bones that holds the bones and the joint in place until they can do [more] surgery, to hold it in place temporarily while the swelling goes down,” Dr. Strickland explains. After this initial procedure, they can do a CT scan or an MRI to assess the total damage.

“The next thing would be to actually fix the bone,” Dr. Strickland says, often with a surgery called an open reduction internal fixation (ORIF) surgery within the next few days. Cerio might also need an operation to allow doctors to reconstruct her ligaments, depending on her injury. Dr. Strickland says the knee houses four main ligaments and that sometimes doctors can simply sew injured ligaments back together.

Immediately after surgery, doctors would have two concerns: the risk of infection post-surgery and whether or not the bones were healing well. Later on down the road, Dr. Strickland says, doctors would worry about the patient’s chances of suffering from arthritis.

Cerio probably won’t be able to stand for about six weeks, according to Dr. Strickland. In the meantime, doctors might have her use a continuous passive motion machine. “It’s a pretty simple machine that bends and straightens your knee,” Dr. Strickland says. When a patient can stand after such an injury, they might ride an exercise bike or do pool therapy to strengthen their legs again.

Dr. Strickland says that after an injury like this, an athlete’s chances of returning to gymnastics would be questionable.

And in fact, Cerio said on her Instagram account that Friday was her last day as a gymnast. She’s practiced the sport for 18 years and will be graduating from Auburn in May. “[Gymnastics has] given me challenges and road blocks that I would have never imagined that has tested who I am as a person,” Cerio wrote on Instagram. “It may not have ended the way I had planned, but nothing ever goes as planned.” We think she deserves a gold medal for her positive attitude alone.