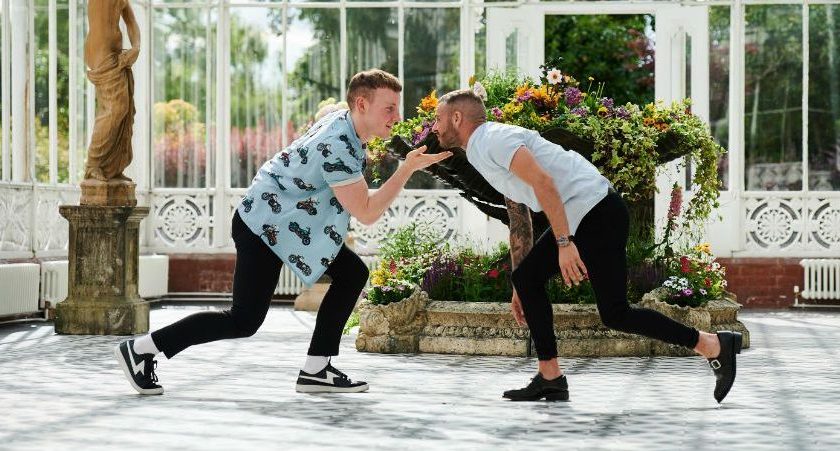 If you ever thought there’s no way reality TV could get more bizarre, you’d be wrong. It’s now come to our attention that there’s a British show called Flirty Dancing. The premise of the show is simple: Two people who’ve never met learn a couple’s dance separately. The first time meeting, they don’t speak to one another (at least not a first); they simply dance the choreographed number together. But here’s the kicker: It’s actually a blind date.

The series premiered on British Channel 4, and it recently started its second season. However, news of the show just made its way across the pond this weekend, when tweets featuring a Flirty Dancing clip of a same-sex couple went viral.

There’s a blind dating show where the couple are taught a dance separately and they perform it together when they meet for the first time 😭 IT’S SO BEAUTIFUL I’M IN BITS 😭😭😭 pic.twitter.com/K8uUiJLBPr

I have been introduced to #FlirtyDancing—a blind date show where two people learn a dance separately and then must perform it upon meeting each other—and now I’m RUINED. pic.twitter.com/UnLDX7IpRK

After watching the clip, people on Twitter realized that despite the show’s name, the series is surprisingly tender, full of beautifully sincere moments. While the dancers in the show don’t aggressively touch—it’s light hand grazing for the most part—the contemporary dances have a lot of eye contact, leading to intense and intimate moments.

If you want to watch the show in the States, consider yourself lucky, because Fox is recreating the show here with Jenna Dewan hosting, according to Reality Blurred. However, the American version is reportedly adding a competition element, where contestants perform the dance with two people, and then pick the one they like best.

Apparently, Hollywood producers have learned nothing from the success of The Great British Bake Off. Sometimes, viewers just like it when folks are kind to each other. Or in this case, we like it when two strangers are confused into loving each other after having an adrenaline and endorphin-rushing performance.