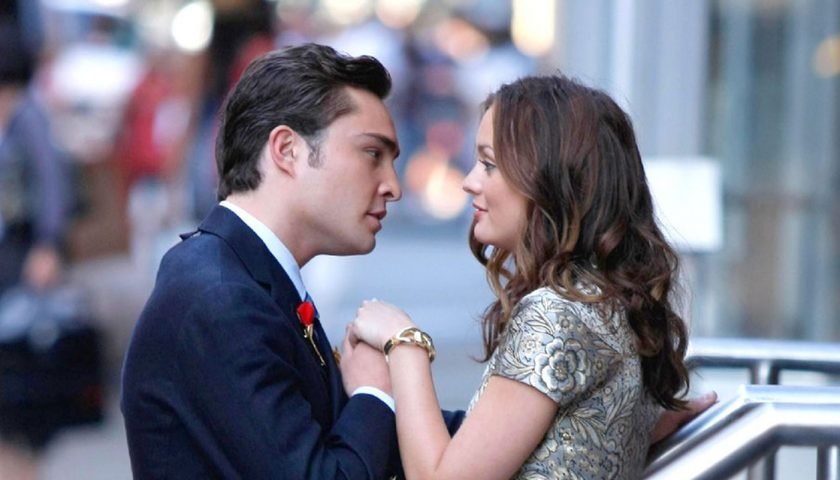 Romantic comedies often make it seem like you can only know your boyfriend loves you if he pulls off a grand gesture, like standing under your window with a boombox or singing a romantic song on the grandstand in front of the whole footy team.

But IRL, the signs that your boyfriend loves you tend to be a lot more subtle (and, you know, realistic), explains Terri Orbuch, PhD, author of 5 Simple Steps to Take Your Marriage From Good to Great. That’s why it’s not always easy to tell if your boyfriend loves you, especially when he won’t just come out and say it. And btw, that doesn’t mean he doesn’t feel it—he might just be moving at his own pace.

In the meantime, enjoy every stage of your relationship and take heart in the things he is ready to express, like these seven signs of true love.

1. He talks about your future together.

“When two people talk about a future together, it underscores a desire to be together,” says Orbuch. So if your boyfriend talks about where you’ll live in the future, or references future relationship milestones (moving in together, having kids…), you can safely bet there’s love involved. Joint futures are pretty tough to maintain without it.

2. He wants you to connect with his family and friends.

Things are looking good if your boyfriend brings you as a plus one and takes a regular interest in what your sisters are up to.

Why? Because this desire to develop a relationship with family and friends is a desire to deepen your connection, says Orbuch. Since families and friends know your boyfriend’s history, getting to know them means getting to know him. It’s a risky move on his part, considering you might not like everything you hear, but this just shows his trust in your love for each other.

3. He keeps his cool during disagreements.

Fights and arguments can bring out the worst in anyone, but Orbuch wants you to take notice when your boyfriend makes the effort to stay calm. This means he thinks your relationship is something worth working on, not fighting over.

Pay attention to what your boyfriend says, because if he has a habit of absentmindedly saying “we” (despite getting side-eye from everyone around him for suddenly forgetting he’s only one person), he’ll probably drop the “L” word soon. According to Orbuch, using “we” language means he’s totally committed to you and considers the two of you a package deal.

5. There are no secrets.

Orbuch says he’s feeling all the feels if you’re the first person he tells about a raise, a death in the family, or a medical scare. He just doesn’t have the words for these feelings yet. “Sharing extensive personal and confidential information with you is a good sign,” she says. (You’ll know he’s head over heels when he tells you his phone password.)

6. He’s telling you with his body.

He may have been telling you you’re “the one” for a while now, just not in the language you were expecting. The next time you’re together, watch his body for clues. If he moves closer to you when you’re talking and maintains minimal space between your bodies when you’re walking or sitting, he’s comfortable being intimate with you physically and emotionally, says Orbuch.

Other nonverbal messages of love? Looking at you for long periods of time and holding your hand when you’re in public or sitting across from one another, explains Orbuch.

7. He notices the little things.

Everyone knows it’s a good thing when your boyfriend compliments you. But “a genuine and sincere statement” about how you’re wearing your hair can mean big things, says Orbuch. Or maybe he knows you like to shower with music on, so he makes sure to charge his portable speaker before you come over.

These little things are all representations of love because they mean he’s listening and observing you even when you don’t think he is (and not in a creepy way, but in a thoughtful I-know-you-inside-and-out-and-it’s-cute way).