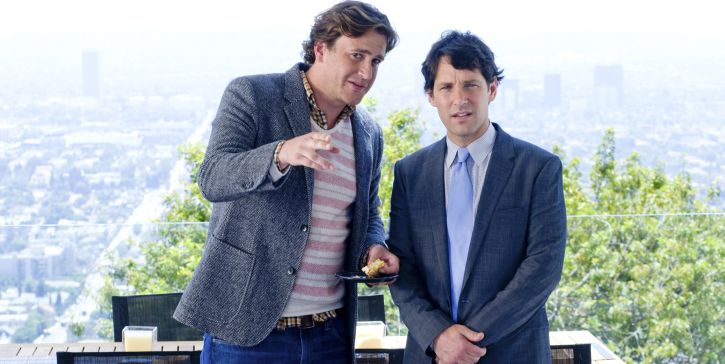 In the 2009 comedy I Love You, Man, the film’s protagonist Peter Klaven (Paul Rudd) faces a particular predicament: He’s an adult man who doesn’t have any friends. It’s not that Peter is unlikable, per se, but he’s lost touch with all of his old friends and poured himself fully into his career and his relationship with his fiancée.

“How do I make friends?” Peter asks his brother Robbie (Andy Samberg). Robbie’s answer is simple: “If you see a cool looking guy, strike up a conversation and ask him on a man date.”

But making friends as an adult just isn’t that simple. What if walking up to a “cool looking” stranger and trying to befriend them sounds overwhelmingly excruciating? What if you’re no good at small talk? What if you really want to make friends, but your shy, introverted, socially-anxious self prohibits you from initiating contact with anyone other than the Amazon Alexa that sits on your nightstand?

Thankfully, the good people of r/AskReddit revealed in a recent thread a slew of easy (and fun!) ways to make friends outside of work and school. Here are 5 of the best methods to find your next buddy.

“A few of my offbeat interests relate to nonprofit organizations,” u/doublestitch wrote. “Those groups are always glad to have people. You start by doing a thing and pretty soon friendships form.”

Since the point of volunteering is to help an organization in need—and not to meet people—that means the pressure is off when it comes to social interactions. You don’t have to make friends when you volunteer, but a shared activity means you’ll have plenty of opportunities to bond with other people with similar interests. The social stakes couldn’t be lower: best case scenario, you make some friends, but if you don’t vibe with anyone, you’re at least doing some good in the world.

“I’ve made tons of great friends through [volunteering],” u/Stiggalicious wrote. “For me it’s a combination of volunteering and hobbies. I love building stuff, so I volunteer with Habitat for Humanity almost every Saturday. It’s a great workout, I get to be outdoors (during most phases of construction), and I get to see the same crew as well as meet tons of new people every week.”

Volunteering has a number of health benefits, according to the Mayo Clinic, including reducing stress and decreasing the risk of depression. It might even help you live longer: the Longitudinal Study of Aging found that individuals who volunteer have lower mortality rates than those who do not.

“6 years ago I joined a running club. I was already running on my own (coincidentally one of my college friends inspired me to take it up), but I needed a more structured training group/plan to take it to the next level,” u/runwithpugs wrote. “It was ridiculously scary for someone introverted like me, but I did it anyway. And you know what? Everyone was, and still is, awesome. They were so welcoming.”

“Even if you don’t already have a sport or hobby, there are probably classes/courses for beginners so just pick something you think you might like and give it a go,” u/New-Found-Girth wrote. “Not only will you share that interest with people, you’ll also have some camaraderie around all being new and unsure of what you’re doing.”

Check to see if you have a social sports community like ZogSports where you live. It’s basically like post-grad intramurals, featuring everything from indoor basketball to bocce to volleyball.

Go to a Convention

“My husband was lonely and depressed. It is hard for him to make friends because he works 3rd shift every other week. He’s up when everybody else is asleep, asleep when they are awake, and working whenever they have an outing planned,” u/kperkins1982 wrote. “Then all of a sudden he starts going to this yearly convention for podcasts and tabletop gaming. Next thing you know he’s a guest host on several of the podcasts, has quite a bit of a social media presence and somewhat following on their channels, and talks to these people constantly … Having a geeky hobby turned him from a lonely person into somewhat of a celebrity in that world.”

Fan and hobbyist conventions have exploded in recent years, aided by social media and forums like Reddit. Because many of these conventions have attendance in the hundreds and thousands, it’s easy to mix into the crowd, even if you’re going alone. And if you’re really passionate about something, where better than a convention to meet other people who are really passionate about that thing, too?

FanCons.com has a comprehensive list of upcoming conventions around the world, and you’re able to filter by topic and location.

“I’ve met so many genuine people traveling abroad,” u/Defect02 wrote. “It’s almost as if all the BS is pushed out of the way due to the short amount of time both parties have on that particular trip. I feel I’ve gotten to know a few friends whom I still keep in contact with that I randomly met abroad and ended up spending most of the trip with.”

You don’t need companions to book a trip, and solo travel pushes you out of your comfort zone—in a good way. You can choose when to socialize and when to enjoy being alone. But chances are you’ll have to engage with at least a handful of people on your journey. Who knows? Maybe you might find a friend along the way. In fact, multiple Redditors shared that they had met their spouses while traveling solo.

Many Redditors revealed that they’d met up IRL with people they initially met on subreddits. It makes sense when you consider that Reddit is in essence a massive collection of highly specific interest groups.

“Made a friend on /r/TalesFromTheFrontDesk, we moved our chats to Discord and learned that though I was halfway across the country, he lived a half hour away from my folks,” u/mstarrbrannigan wrote. “We met up in person for the first time when I went to visit them. When I got home, my long time gf broke up with me, and I decided I was tired of living so far away from my folks and the only thing keeping me there was gone so I moved out to where they were. Now me and /u/mxmnull are best friends and write stuff and make a podcast together.”

While you should be a little cautious before meeting up with internet friends in the real world—Catfish, anyone?—Reddit and other forum-based websites offer true community. Some guys are even using Reddit as a mental health resource.

By the end of I Love You, Man, Peter has managed to make a couple of friends, including his best friend, Sydney (they meet at an open house because Sydney crashes them to score free food and meet women).

Sydney gives Peter a piece of advice that applies to anyone who’s afraid to start meeting people and making friends: “Trying is having the intention to fail. You’ve got to scrap that word from your vocab. Say you’re gonna do it and you will.”