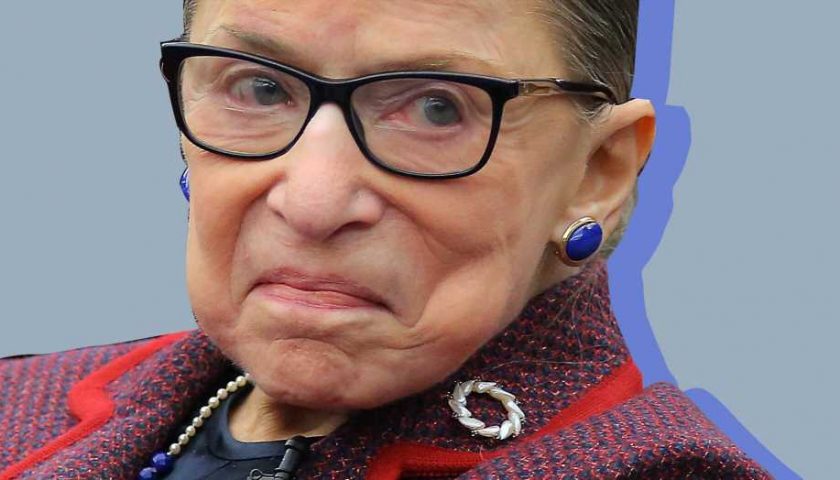 Supreme Court Justice Ruth Bader Ginsburg died Friday due to complications from cancer, after serving on the court for more than 27 years. She was 87 years old.

In a news release issued by the US Supreme Court, via Politico, Ginsburg's cause of death was listed as "complications of metastatic pancreas cancer." Her passing comes just two months after Ginsburg announced in July that she was undergoing chemotherapy for a recurrence of cancer, after doctors found lesions on her liver.

At the time of that statement—on July 17—Ginsburg implied that she had known about her cancer recurrence for a while, but wanted to avoid revealing any information about her health issues until a treatment plan was in place. "Immunotherapy first essayed proved unsuccessful. The chemotherapy course, however, is yielding positive results,” she wrote. “Satisfied that my treatment course is now clear, I am providing this information.” She said she was hopeful about the new treatment, adding that she was "tolerating chemotherapy well and am encouraged by the success of my current treatment."

Ginsburg has, unfortunately, had a long, complicated past with cancer. Her first bout occurred in 1999, when she underwent treatment for colon cancer, according to The New York Times. She was 66 at the time and became ill and was hospitalized on the Greek island of Crete. Doctors initially diagnosed her with diverticulitis, an inflammation or infection of the pouches called diverticula in the intestines, but she was eventually diagnosed correctly with colon cancer and underwent surgery.

Ten years later, in 2009, Ginsburg underwent a second surgery for cancer—this time for early-stage pancreatic cancer, per The New York Times. The surgery came after a scan showed a small tumor in the center of Ginsburg's pancreas. At the time, Ginsburg was only expected to be in the hospital for 7 to 10 days following her surgery.

After Ginsburg underwent another surgery in 2018 to remove part of her lung for early-stage lung cancer, she had a recurrence of her pancreatic cancer and underwent a three-week course of stereotactic ablative radiation therapy in 2019, according to CNN. Following that course of treatment, the Supreme Court announced that Ginsburg, at that moment, was cancer-free. "The tumor was treated definitively and there is no evidence of disease elsewhere in the body," the court said, making her a four-time cancer survivor.

The ACS also notes that the five-year relative survival rate for pancreatic cancer that has spread to distant sites, as happens with metastatic pancreatic cancer, is 3%. That means that, compared to someone who does not have the disease, pancreatic cancer patients are about 3% as likely to live for five years. In general, pancreatic cancer is the third leading cause of cancer-related death in the US, according to the Pancreatic Cancer Action Network (PanCAN).

In Friday's news release by the Supreme Court, Chief Justice John G. Roberts, Jr. said that "our Nation has lost a jurist of historic stature," in response to Ginsburg's death. "We at the Supreme Court have lost a cherished colleague. Today we mourn, but with confidence that future generations will remember Ruth Bader Ginsburg as we knew her—a tireless and resolute champion of justice.”

Ginsburg, an advocate against gender discrimination and a champion for women and health care, will be laid to rest in Arlington National Cemetery.