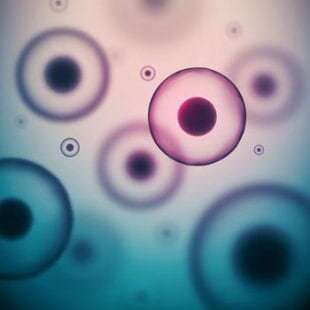 The National Academies of Sciences, Engineering and Medicine has decided it needs to revisit its stance on embryo editing and today held a public meeting on the topic together with the International Commission on the Clinical Use of Human Germline Genome Editing.

Human embryo research is a controversial topic that often pits the necessity of biomedical investigation against the moral commitment to protect early human life, said Kirstin Matthews, a fellow in science and technology policy in the Center for Health and Biosciences at Rice University’s Baker Institute for Public Policy. She is available to discuss this new development with the news media.

Matthews this past year oversaw a series of research papers from the Baker Institute that discussed human embryos and the related ethical, policy and scientific issues that arise during the research process.

“Most human embryo research is guided by an unofficial limit allowing research only until the 14th day of development, which dates back to a 1979 U.S. Department of Health, Education and Welfare report on in vitro fertilization,” Matthews said. “This end date is not specified in any law and is irrelevant to federally funded research, since no human embryo research is funded by the federal government. But the limit is accepted by nongovernmental organizations, especially professional societies that oversee scientists and doctors who would participate in such research.”

As science and research continue to progress, it is the role of policy to guide this research, Matthews said. “As the Nuremberg Code and the Common Rule did for broader human subjects research, so the 14-day rule does for human embryo research,” she said. “Beyond the policies that can be implemented, we should also address what should be done from a moral standpoint.”

Matthews and her colleagues wrote in their concluding report that the 14-day limit should be maintained unless additional arguments are “sufficiently robust” to address the current political and social objections to allowing embryo research beyond 14 days post-fertilization.

“A broad societal conversation should inform decisions about the future of germline editing,” said Matthews, who also co-authored an article on the topic in the journal Accountability in Research in May. “Scientists alone lack the authority to determine the social and ethical boundaries of their work. Instead, they require additional expertise from nonscientists and the public.”

Matthews concluded, “With its committee of scientists and only a few ethicists, this new committee has no plans to get this broader participation. The efforts of scientists to promote self-regulation will likely fail again, as did the academies’ 2017 report, without engaging the public and listening to their concerns.”