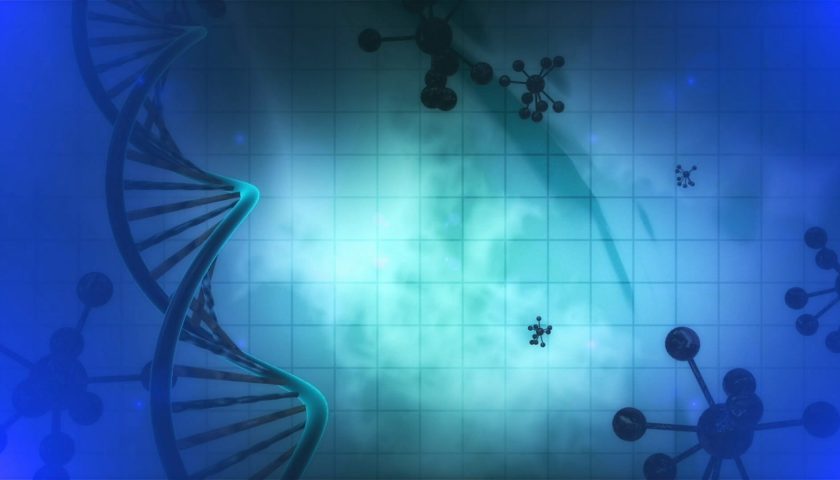 An unprecedented case at Boston Children’s Hospital shows that it’s possible to do something that’s never been done before: identify a patient’s unique mutation, design a customized drug to bypass it, manufacture and test the drug, and obtain permission from the Food and Drug Administration (FDA) to begin treating the patient—all in less than one year.

“One of the unique things about this trial is that, due to clinical urgency, we were starting a first-in-human trial with a drug that had only been tested in our patient’s cells in a dish,” says Yu. “What was also unique is that we have a drug that is targeted to a mutation seen to this date only in one patient.”

The patient, Mila, now 8, was diagnosed with Batten disease in December, 2016. Batten is a rare, devastating neurodegenerative disorder of lysosomal storage that progresses rapidly and is ultimately fatal. No treatments exist for CLN7 Batten disease, the type of Batten disease Mila has. Moreover, Mila’s form of CLN7 Batten is caused by a mutation unique to her.

First concerns about Mila began at age 3 when her right foot began to turn inward. At age 4, she began pulling books close to her face, and at age 5, she began to stumble. Things then took a rapid turn for the worse. When first seen at Boston Children’s Hospital at age 6, she had become blind, was starting to have seizures, lost virtually all her speech and showed general neurologic and developmental regression. However, she was still alert, happy, able to eat pureed foods, responded to favorite songs, books, and people, and could stand, walk and climb stairs with assistance.

CLN7 Batten disease is recessive, meaning that those affected inherit a bad copy of the CLN7 gene from each parent. One of Mila’s mutations (from her father) was readily identified in her CLN7 gene. But the mutation from her mother could not be found. Mila’s mother, Julia Vitarello, reached out on Facebook, looking for a research lab willing to do whole genome sequencing (WGS), and do it quickly. The post eventually reached Yu’s wife (also a physician) in January 2017. Serendipitously, Yu’s lab specializes in WGS and finding unusual mutations, and decided to take the case.

In April, 2017, Yu and his colleagues pinpointed the mutation, which only became apparent on examining the raw data. The mutation occurred in the “dark matter” of the genome—affecting a regulatory piece of DNA that controls splicing of the CLN7 gene. More unusual, it consisted of a “jumping gene”—a rogue piece of DNA known as a retrotransposon that inserted itself into the genome, altering how the splicing machinery read CLN7 and causing an abnormal, truncated protein to be made.

Yu and colleagues designed a series of antisense oligonucleotide drugs to attempt to bypass Mila’s unique mutation. They consisted of short pieces of synthetic genetic code whose sequence of bases complements that of the retrotransposon. They were designed to home in on the CLN7 gene and act as a band-aid, covering up the malfunctioning genetic code so that the CLN7 gene could be read normally.

By September, 2017, Yu’s team had showed that several of their candidate oligonucleotide drugs could repair the splicing defect in Mila’s CLN7 gene. In October, 2017, they showed that the drugs also corrected the lysosomal abnormalities in Mila’s cells. They named their best candidate milasen. They identified contract research organizations that assisted with manufacturing milasen and conducting safety testing in animals.

In January, 2018, the Food and Drug Administration granted permission to test milasen as a Single-Patient Compassionate-Use Investigational New Drug. An “n of 1” (single-patient) clinical trial in Mila began January 31—just eight months after her genomic diagnosis.

From January to May, roughly every two weeks, Mila received a total of nine escalating doses of milasen, which was given intrathecally (via spinal injection) to target it to the brain. Since then, she has received maintenance treatments every two to three months, starting in August 2018.

Mila’s disease was progressing quickly in the months leading up to treatment, it has slowed or stabilized since treatment began. Her seizure frequency has decreased from about 30 seizures daily to 5-10 per day, and seizure duration decreased from 1-2 minutes to typically a few seconds each.

Implications for the future

The creation of milasen, in less than a year, could signal the beginning of a revolution in how genetic conditions are treated.

“Everyone knows that the future of precision medicine in pediatrics is developing treatments for kids one at a time, the way this work has done,” says Christopher A. Walsh, MD, Ph.D., chief of the Division of Genetics at Boston Children’s Hospital. But until now no one had a real-life case where everything lined up in a way to allow them to do it.”

Boston Children’s hopes to learn from Yu’s process for developing milasen—from diagnosis to synthesis and treatment—so that in the future similar cases might be addressed here and elsewhere, one patient at a time. Many other cases might also eventually be treatable with oligonucleotides, Yu believes. He and Mila’s mother recently met with the FDA to discuss a new regulatory model for offering custom antisense oligonucleotide treatments for patients with rare or seemingly one-of-a-kind conditions. However, many questions and obstacles remain to be addressed before widespread adoption of this approach.