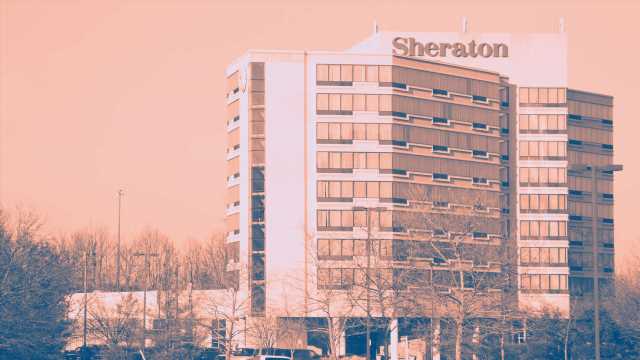 A Sheraton in Atlanta is being investigated after officials learned of a Legionnaires’ disease outbreak at the hotel, Fox 5 Atlanta reported.

“Late this afternoon the Sheraton Atlanta voluntarily decided to temporarily close until the source of the Legionella is located and remediation is complete,” the Georgia Department of Public Health said in a statement yesterday.

If you’ve been in Atlanta the past few days, you might be worried about your proximity to the outbreak. But don’t panic: Legionnaires’ disease is not contagious.

What is Legionnaires’ disease?

Legionnaires’ disease is a severe type of pneumonia. The CDC has said that up to 18,000 people each year are hospitalized with the disease.

It is an infectious disease, but it’s different from illnesses like the flu because it isn’t transmitted via person-to-person contact. Instead, you catch Legionnaires’ disease by inhaling mist from water contaminated with Legionella bacteria.

What are Legionnaires’ disease symptoms?

Symptoms of the disease can be noticed from a couple of days to two weeks after exposure to contaminated water. They include fever, chills, cough, headache, muscle aches, loss of appetite, diarrhea, confusion, and fatigue.

Certain risk factors make Legionnaires’ a bigger threat to some people. Those aged 50 or older, people with chronic lung conditions, smokers, and people who have an illness that affects the immune system may be more likely to develop Legionnaires’ disease if exposed to contaminated water.

Where can you get Legionnaires’ disease?

Small amounts of the bacteria that cause the illness won’t necessarily be harmful. But it’s worrisome when the bacteria start multiplying, Hassan Bencheqroun, MD, an assistant clinical professor at the University of California, Riverside, previously told Health.

How is Legionnaires’ disease treated?

Treating Legionnaires’ isn’t always as simple as a round of antibiotics, though sometimes that works. But the death rates for the illness range from 5% to 30%. Some people who develop the disease have to spend time in an intensive care unit to heal, Dr. Bencheqroun said.