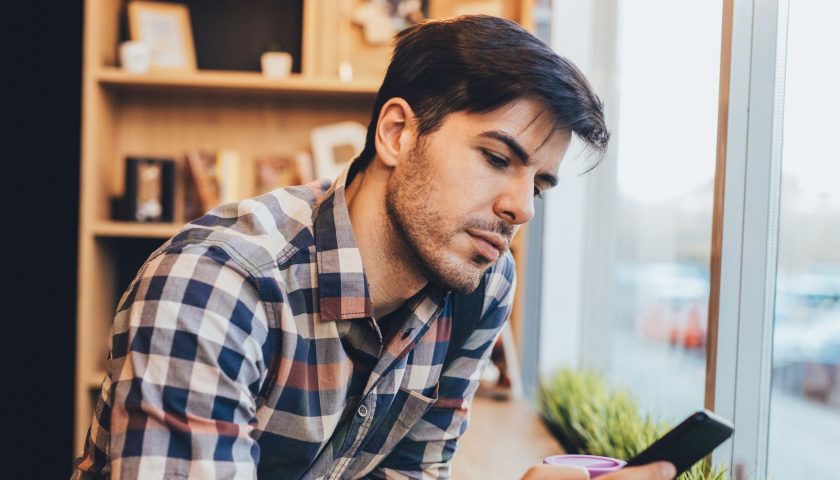 You’ve probably heard of “ghosting.” Maybe you’ve even heard about “haunting.” But perhaps one of the most confusing among the ever-growing list of millennial-named dating trends is “breadcrumbing.”

If the word immediately conjures a vision of Hansel and Gretel, you’re on the right track. Breadcrumbing, according to Urban Dictionary, is “when the crush has no intentions of taking things further, but they like the attention. So they flirt here or there, send dm/texts just to keep the person interested, knowing damn well they’re staying single.” Essentially, your crush is leaving you a trail of romantic breadcrumbs that leads to nowhere.

You might be in a breadcrumbing situation if you swiped right on someone, went on a date, and then texted but didn’t hear back for a few days. Then, they pop up again, you have a few great conversations, and they sink back into the background. A few days later, the cycle repeats. It’s as if this person knows exactly the right time to poke you to keep your interest piqued. If this were 20 years ago, we’d call this behavior “leading someone on.” Breadcrumbing is the same thing—it’s just gotten a face-lift.

But how do you know if someone is breadcrumbing, and not actually interested in a relationship? Sussing that out can be complicated, says Rosara Torrisi, PhD, an AASECT certified sex therapist and the founder of the Long Island Institute of Sex Therapy. While there are certainly people in the world who get some kind of enjoyment out of stringing people along, she likes to believe that the vast majority aren’t hurting their partners on purpose. “I think for the most part this happens because of social anxiety and a lack of being able to verbalize feelings,” she says.

Some people have clinically diagnosed anxiety that makes it difficult for them to handle dating. Some are inexperienced and may not know how they’re supposed to act in a budding relationship. Some have low self-esteem and may feel undeserving of your attention, Dr. Torrisi says. “Every once in awhile they’ll say ‘hi’ to see if you want to talk to them,” she says. “But they’re usually pretty afraid, and don’t want to put themselves out there consistently.”

Of course, there definitely are people who string others along just for the fun of it, or so they can have a booty call at their fingertips, but who aren’t looking for anything serious. While it may be difficult to tell one type of breadcrumber from the other, you may not have to. The solution, either way, is the same: Talk to them.

The majority of relationship problems that keep us up at night can be solved with a bit of honest communication. If you’re annoyed with the way someone has been treating you, you have two options. You can stop seeing the person and stop answering their text messages or DMs. Or, you can ask them what’s going on. “The more direct we are, the more mature our confrontations are,” Dr. Torrisi says.

You can say something like, “I haven’t heard from you for three days and now we’re talking and it feels nice. But I’m confused, because you’re not being direct with me.” With a statement like that, you’re opening a door for your potential-partner to be honest about their feelings. But you need to be very clear about your intentions, too. If you’re comfortable being a booty call, then say that. And if you’re not—if you want a real relationship and nothing else—make that clear.

Whether the breadcrumber has malicious intent or is just unsure how to deal with all this dating stuff, this kind of communication will help you figure out if a relationship with them is worth it. “Own your feelings and then make a request,” Dr. Torrisi says. Your request can be anything from “I want to talk over text every day” to “I want to go out once a week to see if we’re compatible.” The person might say no, or they might be willing to give it a try. But only after getting the truth out there will you be able to evaluate whether or not the breadcrumbs were leading to something worthwhile all along.