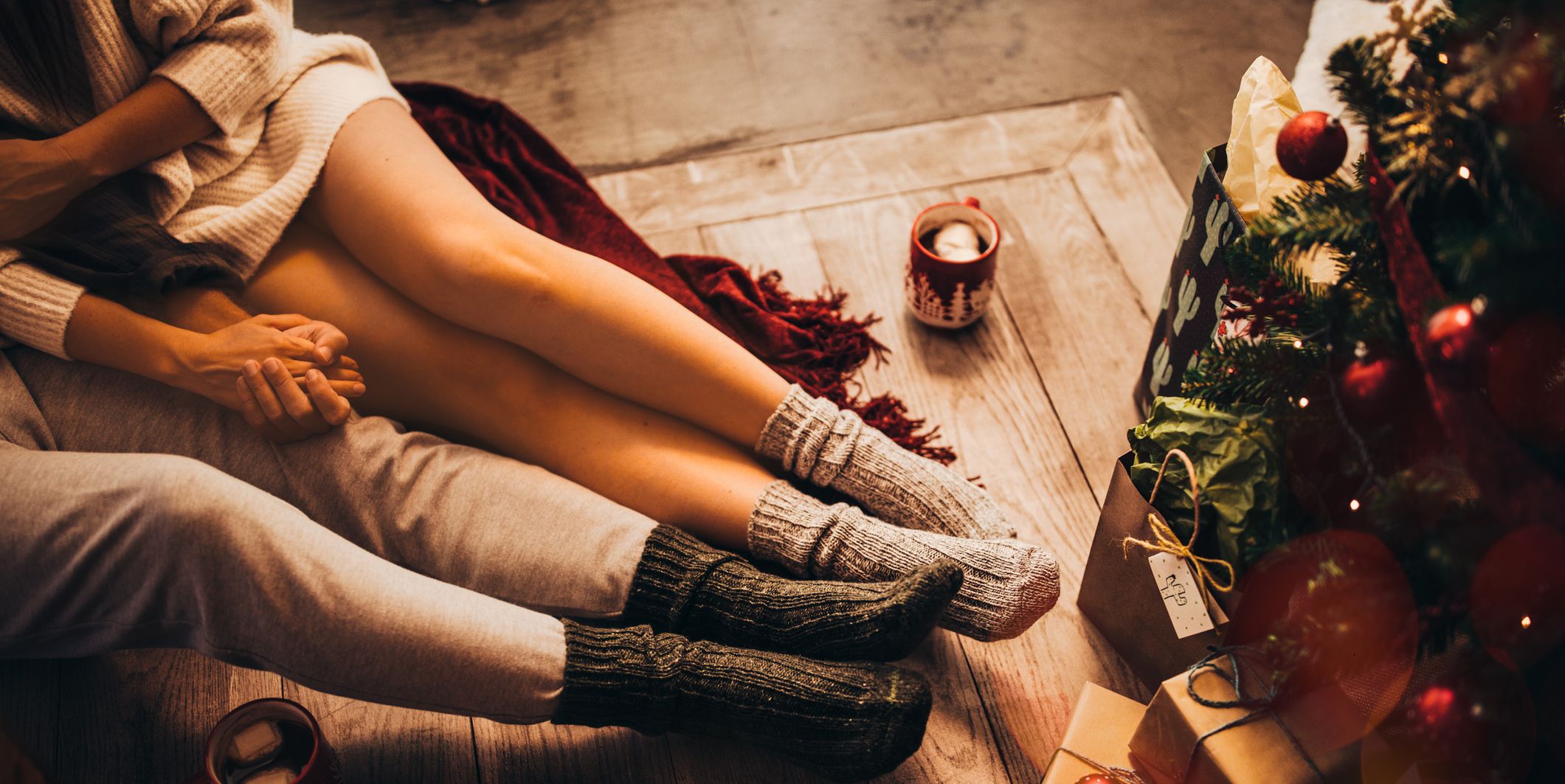 Have you ever been single around this chilly time of year, looked around you, and suddenly realized that literally everyone else has a partner?

“Cuffing season” has entered the cultural zeitgeist with full force over the last few years. It’s been in the social landscape since at least 2011, when Urban Dictionary defined it as a time period wherein we stop having rampant sex after a summer of lovin’ and settle down with one companion to wait out the winter.

During the spring and summer, we’re in our most feral, wild states. We want to be in shorts, tee shirts, and swim suits. We’re in a partying, social mode. Having a partner can feel like a bit of a drag when there are so many people to meet and things to do.

But once winter hits, all you want to do is cozy up with someone, stay inside, watch Netflix, and never go outside until the snow melts. It’s easier to snatch a boyfriend or girlfriend before everyone goes into social hibernation—at least, this is the theory. It makes some sense, when you think about it: We’re more lonely during the winter, and we seek companionship to ease that loneliness.

Here’s what to know about cuffing season.

When does cuffing season start, exactly?

The timeframe varies from person to person, from website to website, from article to article. All we know is that once summer is over and the weather starts changing, people seem to start pairing off into oblivion.

Some people think cuffing season begins right as all those fun, fall activities start. Who wants to go pumpkin picking or on a hayride alone, ya know? Others think cuffing season starts closer to Christmas. (For some folks, the holidays can be pretty depressing as a single person.) Cuffing season ends when the weather gets warm and you start seeing strappy dresses, shorts, t-shirts, and sandals again.

Will my relationship survive past cuffing season?

What does “cuffing” actually mean?

To be honest, even definitions of “cuffing” vary widely, but the most popular answer by far is that it comes from “handcuff.” As in, you’ve handcuffed someone to yourself, figuratively, for the season.

It’s kind of cute, but also kind of creepy. We prefer to imagine that both people have consensually cuffed themselves to each other.

Should you cuff someone or not?

It’s completely up to you. One strange part of the cuffing season phenomenon is how much people seem to buy into it.

Yes, winter can be a lonely time. It can be hard to be alone when everyone else seems settled. But there are positive aspects to singledom, too.

Winter is a great time for self-care. There are fewer social engagements you have to follow through on, so why not get a gym membership and work on getting healthy? Instead of feeling sorry for yourself, get some books and a meditation app to work on your head space.

If you want a partner, that’s great. If you don’t, that’s great, too. Don’t let cold weather be a determining factor in whether or not you want to settle down for a while. Good relationships are very rarely formed on the basis of simply not wanting to be alone.

The term cuffing season is pretty catchy, but that’s all it is: A catchy phrase.