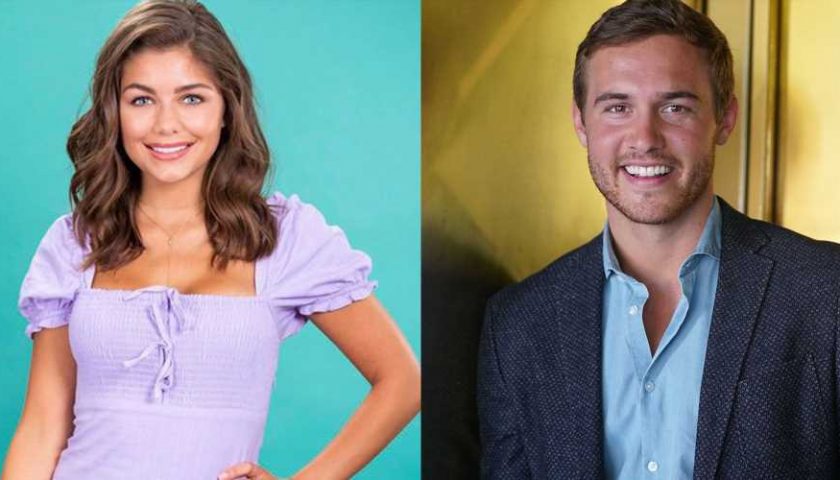 Since Peter Weber’s not-so-successful turn as the Bachelor ended, his ex-fiancé Hannah Ann Sluss has been throwing zinger after zinger at the Delta pilot/aspiring DJ. The latest came during a (virtual) appearance on former Bachelorette Kaitlyn Bristowe’s Off the Vine podcast.

She went on to explain, “Because cauliflower needs, like, a lot of flavor, it needs a lot. It’s just bland.” (Mic. Drop.)

ICYMI: Hannah Ann and Peter got engaged during the season finale of The Bachelor, but he later admitted that he still had feelings for contestant Madison Prewett, who left the show before the final rose ceremony. Now, he’s quarantining in Chicago with another former Bachelor contestant from his season, Kelley Flanagan, amid the COVID-19 pandemic.

“After we got engaged and then I found out about me being the only girl left, I thought, ‘Oh, this is going to be hard to work through,'” Hannah Ann told Kaitlyn. “But I was very committed to making it work. …Viewers missed out on seeing our connection and seeing, you know, how in love we were at that time… Our breakup definitely didn’t come out of nowhere.”

Hannah Ann also said she was still struggling with the way things went down when the show was airing. “I’m, like, grieving the loss of the future I thought I had with him,” she recalled. “And no one can know about it. No one can know that everyday I’m hurting… I’ll be out to lunch with my friends and go to the bathroom and just cry and pretend like everything’s fine. …I felt so betrayed by him.”

Apparently, Hannah Ann has channeled that betrayal into some, let’s just say, ~creative~ expression, because she’s lately been shading Peter like it’s her job. Cauliflower comment aside, Hannah Ann went on Lights Out with David Spade, and shared how she felt about recent photos that surfaced of Peter with Kelley. “Ugh,” she replied.

Still, Hannah Ann seems to be living her best life—she’s moved to L.A. and now seems pretty happy, all things considered. Although, apparently, she’s not so into cauliflower.

Over this Bachelor season? Well, at least you can look forward to Clare Crawley becoming the new Bachelorette: