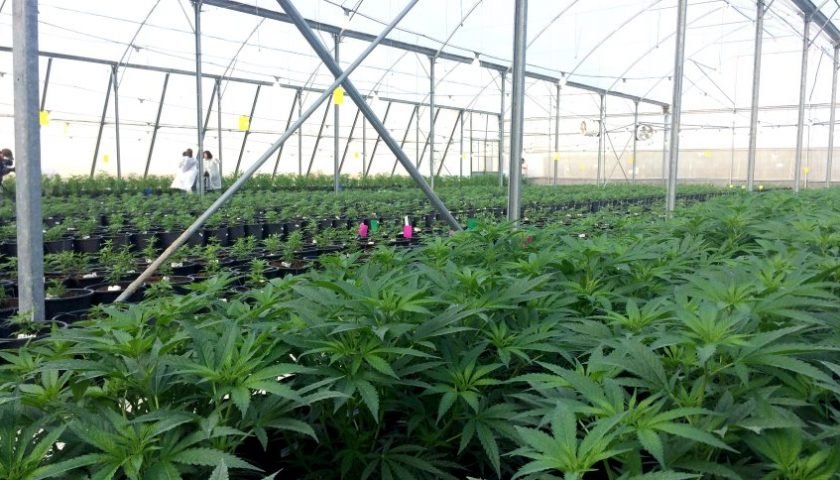 Since March, 2017, in Germany there is Cannabis on prescription, now the fabric can be also grown on a large scale. The Federal Institute for drugs and medical devices (BfArM) has given two companies the contract to produce within the next four years a total of 7200 kg of Cannabis. The products used exclusively for medical purposes.

Until the products reach patients, it will still take. The BfArM expects the first harvest towards the end of the year 2020, it says in a statement. Currently, pharmacies rely entirely on imports from abroad, the deliveries originate from Canada and the Netherlands. The self-cultivation by patients remains prohibited.

Actually, provided even greater Cannabis quantities in Germany, to cultivate the tender, the authority includes an amount of 10,400 kilograms of Cannabis. For 3200 kilograms, the BfArM was able to give, however, no surcharges, as a candidate has filed a complaint against the procurement procedure.

“Today’s award is an important step for the care of seriously ill patients in Germany-grown Cannabis is of pharmaceutical quality,” said BfArM-President Karl Broich. “Nevertheless, we regret that, once again, the economic interests of a tenderer may lead to the fact that we can not contribute in full to improve the supply situation.”

Actually, the harvest was planned under the supervision of the state already for the year 2019. The higher regional court (OLG) Düsseldorf had stopped the first procurement procedure, however, after a bidder had complained that, in his view, was released after a period of time. When the current, second call for proposals 79 companies had submitted bids.

Since March, 2017, a law is in force, by the patient’s cannabis flower or cannabis extract on prescription. Since then, health insurance companies will cover the cost in severely ill people, which can not be otherwise helped.

2018 unleashed pharmacies had prescribed 95.000 recipes, where Doctors worked on cost of the health insurance cannabis-containing preparations, or non-flowers. In the period between March 2017 and the end of 2017 pharmacies 27,000 recipes had registered significantly less charges.

Cannabis contains Delta-9-Tetrahydrocannabinol (THC) and Cannabidiol (CBD). The two content a pain-relieving, anti-inflammatory, appetite-stimulating and spasm can be attributed to substances expectorant effect.

For this reason, a prescription including chronic pain, Multiple sclerosis, epilepsy, Nausea and vomiting after chemotherapy or loss of appetite in HIV or Aids disease makes sense. Also anxiety disorders, sleep disorders, Tourette’s syndrome, or ADHD are among the possible areas of application, the technician health insurance.

The medical Use of Cannabis, however, is not always clear, because appropriate studies are lacking. Studies should be clarified in the future in Detail, when Cannabis is a good Alternative to conventional therapies.