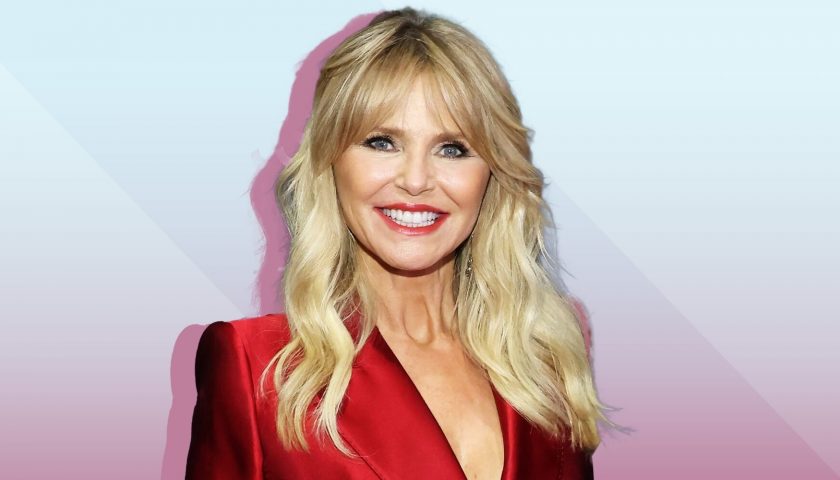 Christie Brinkley is using a recent eye health scare to raise awareness for adding an eye exam to your yearly physical.

On Wednesday, the 67-year-old supermodel revealed that she recently underwent surgery after being diagnosed with acute angle closure, a type of glaucoma that can potentially result in loss of vision if left untreated.

"[I] want you to read this, so you will always be able to!" Brinkley started the post. "I just discovered that I have something called Acute Angle Closure. I only found out because I included an eye exam as part of my yearly physical check up and my brilliant ophthalmologist spotted this problem."

She went on to explain that the condition is treatable. "They can fix it by brace yourselves, drilling a hole thru your eye! It's not as gruesome as it sounds," she continued, revealing that the accompanying red-eyed photo of herself with her chin resting on a laser machine, was taken directly following the procedure. "But if left untreated it could have resulted in vision loss…So I'm very grateful!" she added.

Brinkley finished off the post with the advice to "keep your eye on your precious eyes!" and to "get them checked!"

What is acute angle-closure glaucoma?

There are multiple types of glaucoma, but angle-closure, also known as narrow-angle glaucoma or acute glaucoma, is one of the more devastating in terms of eye health. The National Eye Institute (NEI) explains that it occurs when the outer edge of the iris (the colored part of your eye) blocks fluid, preventing it from draining out of the front of the eye. The fluid rapidly builds up and eye pressure intensifies almost immediately. If gone untreated, it can cause blindness in just a few days.

"It tends to happen if someone has a narrow angle and didn't know it, and then they go from a dark place to a light room or they take a drug that dilates the pupil," Courtney Ondeck, MD, ophthalmologist in the Glaucoma Service at Mass Eye and Ear, previously explained to Health. "Things that tend to set it off tend to be things that dilate the pupil."

There is also another type of angle-closure glaucoma, referred to as slow or chronic angle-closure glaucoma. However, instead of happening quickly, the build up is generally slower and symptoms are less obvious. "This could be from a previous acute angle-closure attack, or a very large lens that is pushing forward and causing scarring over a period of time," added Dr. Ondeck.

What are the symptoms of acute angle-closure glaucoma?

There are a few symptoms of acute angle-closure glaucoma to look out for. The NEI stresses the importance of seeking immediate treatment from a doctor or the emergency room if you experience the following symptoms:

What are the risk factors for angle-closure glaucoma

Your eye doctor can easily determine whether you are a candidate for the condition by doing a gonioscopy, a type of diagnostic exam in which they analyze your eye's drainage system. However, per the Glaucoma Research Foundation, just 1 in every 10 to 20 angle-closure suspects will actually get the disease.

How is acute angle-closure glaucoma treated?

In some situations, like Brinkley's, doctors may also perform what is called a "laser peripheral iridotomy," the American Academy of Ophthalmology (AAO) says. The procedure involves a laser device creating a hole in the iris of the eye, allowing extra fluid to drain properly.

Even if promptly treated, there may be nerve damage or scar tissue on the drainage system, increasing the the risk of a closure happening again, per Ondeck. But overall, the Glaucoma Research Foundation says treatment options are "successful and long-lasting," but regular eye health check-ups are still needed to make sure other issues don't arise.