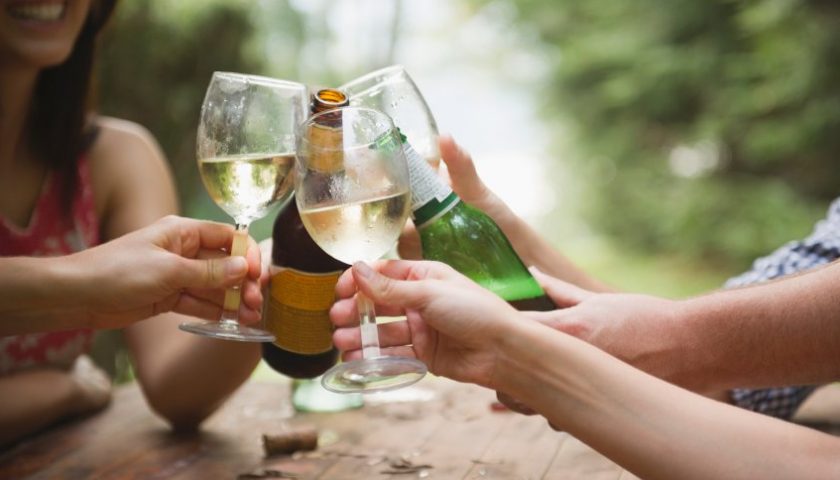 There are pearls of wisdom that apply internationally. The famous “beer on wine, let that be; Wine on beer, the Council, I present to you” falls into this category. “The advice is not typical German, he also exists in English, French and some other languages,” says Kai Hensel. “I thought to myself, there must be something to it.” What followed were several years of work.

Hensel is a specialist in Pediatrics and emergency medicine physicians, since last summer he is working at the prestigious British University of Cambridge. Besides, he has published studies is researching the question of how the environment affects our genes. “For once in my life, but I wanted to carry out a study that makes just fun – and at the same time the highest scientific standards, absolutely waterproof.”

Using a variety of professors, he began to research and design a concept, then at the University of Witten/Herdecke: How the hangover is the best measure? How strong need to get drunk, the participants concerned so that the study provides meaningful results? And what factors influence the hangover, and have to be taken into account in the study design, so that the results are valid? At the same time it had to be ensured that the attempt to harm anyone.

“Alone, the planning took two years,” says Hensel. However, the biggest hurdle of the project followed The concept had to pass the Ethics Commission of the University.

“For a different research project, we have taken from healthy human liver samples,” says Hensel. “To get you through this was actually easier, than to explain to the Commission why it is important that a number of people get drunk in the name of science, albeit under controlled conditions.”

Apart from the fun factor Hensel had, however, plausible arguments for his study. Although hungover people cause accidents and absences from Work, high social costs, research on the phenomenon so far. “Almost all of the studies deal only with the long-term effects of alcohol consumption,” says Hensel. “Now is refuted, for example, that the daily glass of wine protects the heart.”

Over the short-term alcohol consequences, however, little is known. This gap wanted to connect the researchers with their study, the results are now published in the “American Journal of Clinical Nutrition”.

The same number of noodles, the same amount of water, of the same place to sleep

Overall, Hensel and his colleagues recruited nearly one hundred Volunteers who were healthy, between the ages of 19 and 40 years old, and like beer and wine drank. In the process, they made sure that each participant had two counterparts – similar to old people with the same gender, a similar Body Mass Index and a similar drinking behaviour.

These Trios, the researchers divided into three groups:

So there is no distortion, based on the researcher in addition, a number of points, the affect of the hangover. All of the participants were given in the evenings, a standardized meal, only the quantities were adjusted to age and gender. “We cooked some attempt twelve Kilo days of pasta,” says Hensel.

In addition, all the participants received prior to bedtime a standardized amount of cool water (six milliliters per kilogram of body weight). Even the sleep was regulated. All subjects stayed in the same accommodation in the vicinity of the University, were awakened at the same time, and stayed at the same room temperature.

With these beverages was researched

For the beer, the researchers were looking for a Sponsor. Of different approached Breweries agreed to Carlsberg, the beer for the Tests available free of charge. The wine, the researchers opted for an organic white wine with 11.1% alcohol.

To 1.1 parts per thousand = nearly three liters of beer

A table in the study shows how much alcohol it took for the groups to reach 1.1 per thousand. On average, the participants drank only 1.3 liters of beer, and then between 0.6 and 0.7 liters of wine. There was only beer, amounted to a total of the amount to 2.6 litres per Person – the wine, 1.2-Liter. However, the subjects were, on average, 24 years old, and quite large. The result is that you will need comparatively a lot of alcohol to get to 1.1 per thousand.

“The level is necessary to have meaningful results,” says Hensel. The Alcohol Hangover Research Group’, to back hangover-research more into the focus of science. It stipulates in its guidelines that subjects should reach in studies a per Mille value of 1.8. “I’m glad we decided to go for a lower value,” says Hensel. “Already had to pass some of the participants and the safety of the subjects had for us, of course, top priority.”

Also, the level for personal, not scientific results, submitted. “A Couple had separated during our Attempt to all of the people that found one,” says the researcher.

After the Wake, all the subjects had to evaluate Suffering based on eight different physical symptoms, from fatigue to dizziness to Nausea of her hangover, in each case on a scale of zero to seven. The results of the experiment are compared to each other.

The result is simple and clear

The clear conclusion: The proverb is wrong. At least the lager and white wine, it made no difference, the order in which the participants drank and whether they only stayed for a drink.

Despite extensive blood and urine tests the condition of read for the next Morning, however, in the end, only by using two very simple factors to predict. Who themselves as very drunk, and who had to pass in the evening, we went the next Morning worse than the other participants. The body signals when it’s time to stop.

That could spread the proverb despite the lack of a physical basis so far, can also be explained historically. In the past, poor people could only afford beer. You rose in society, was also wine. Wine on beer was only beer worth on the wine, but no one wanted to.

Summary: German researchers have clarified in a scientific investigation, whether the advice is “beer on wine, let wine to beer, the Council’ I to you” is true. The answer: at Least in the case of lager beer and white wine, it makes no difference whether you follow only one drink, only the other, or both, in different series one after the other.