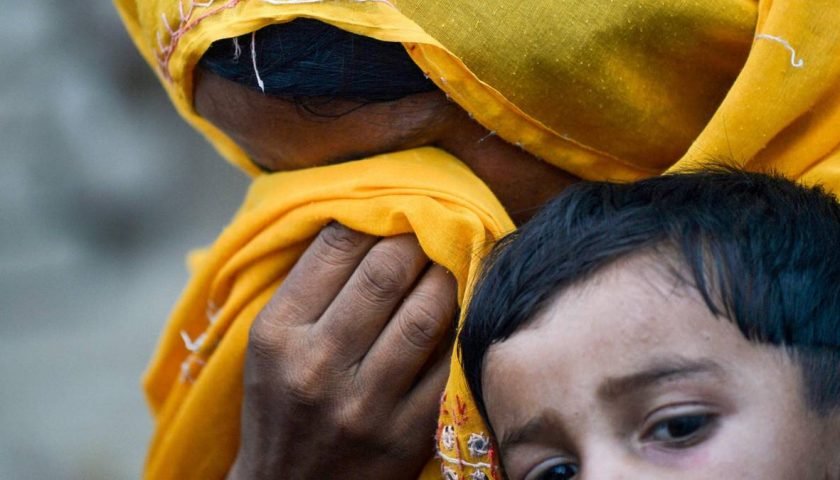 In the South of Pakistan, nearly 700 people were infected, and presumably by contaminated syringes with the Aids Virus. Until Saturday, Rato Dero area of 681 people in the town are HIV positive have been tested, including 537 children between the ages of two and twelve years, a government official said on Sunday in a televised press conference. “The results are appalling,” said representatives of the authorities, Sikandar Memon.

After in March, when several children of a HIV-infection have been discovered, had the authorities decided in April to test all the inhabitants of the Region around the town of Rato Dero. Several medical Teams are currently testing daily for up to 2000 people. There is concern that the number of infections increases yet, said the doctor, and representatives of the local health authority, Masood Solangi. Ratodero is a poverty city with around 200,000 inhabitants.

For mass HIV are liable to infections responsible for a child’s doctor should be. Cause probably are syringes re-used, said a government representative Zafar Mirza. He announced “drastic measures” of the government against the further spread of the Virus, you should confirm the presumption.

The money for HIV drugs is missing

The children’s doctor, the authorities for the outbreak in the province of Sindh is responsible, according to your information being HIV-positive. He denies that his patients knowingly infected. In the meantime, he sits in Rato Dero in custody. In many families of the poor Region in a panic: they know little about the Aids Virus and potential therapies, in addition to the money for drugs is missing.

Many Pakistanis disapprove of tablets and health problems injections or infusions, which you can get as an efficient view, and often in small back rooms of poorly trained medical staff administered. The poor public health system exacerbated the Situation. Just on the country, people often have to turn to unqualified healers. This use, according to experts, often the same syringe for multiple patients to save money.

Long was not a Problem of HIV in Pakistan. But in the meantime the Virus is spreading rapidly, especially among drug addicts and prostitutes. 2017 land were registered 20,000 new infections. Thus, Pakistan has, according to the UN, the second-largest growth rate in Asia. According to UN estimates to be made in 2017, around 150,000 people in the 220-million-the country is HIV positive.