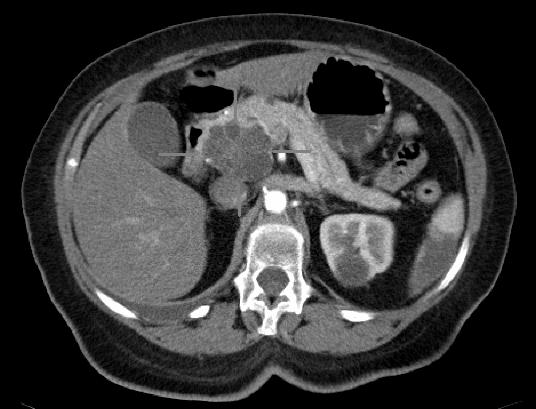 Maintenance treatment with the PARP inhibitor rucaparib (Rubraca) was well tolerated and provided clinical responses among patients with advanced BRCA- or PALB2-mutated pancreatic cancer sensitive to platinum-based chemotherapy, according to results from an interim analysis of an ongoing phase II clinical trial presented at the AACR Annual Meeting 2019, March 29–April 3.

“In this interim analysis, we are finding that patients with platinum-sensitive pancreatic cancer appear to benefit from treatment with single agent rucaparib,” said Kim Reiss Binder, MD, assistant professor of medicine in the Division of Hematology Oncology at The Hospital of The University of Pennsylvania. “Several patients had complete or partial responses with rucaparib treatment, suggesting that this therapy has the potential not only to maintain the disease, but also to shrink the tumors in some instances,” she added.

Approximately 6 to 8 percent of patients with pancreatic cancer harbor pathogenic mutations in the genes BRCA or PALB2, noted Reiss Binder. Mutations in these genes often coincide with susceptibility to platinum-based chemotherapies, she added. “While this subgroup of pancreatic cancer patients respond well to platinum-based chemotherapy, prolonged treatment leads to cumulative toxicity, so this approach often becomes unsustainable. We wanted to investigate more tolerable maintenance options, as there are no approved treatments in this setting,” Reiss Binder said.

Rucaparib was approved as a maintenance treatment for patients with recurrent ovarian, fallopian tube, or primary peritoneal cancer who respond to platinum-based chemotherapy. “We wanted to determine if this therapeutic strategy could also be utilized in pancreatic cancer patients with platinum-sensitive tumors,” explained Reiss Binder.

This single-arm, phase II clinical trial is actively enrolling patients with advanced BRCA- or PALB2-mutated pancreatic cancer who have not progressed on prior platinum-based chemotherapy. The patients in the interim analysis had received a median of four months of prior platinum chemotherapy. More than 80 percent of patients were female.

Patients are treated with 600mg of rucaparib twice daily until disease progression or unacceptable toxicity. The primary endpoint of the study is progression-free survival (PFS). Overall response rate (ORR) is also being evaluated.

Nineteen of the 24 enrolled patients were evaluable for analysis as of Dec. 31, 2018.

The median PFS at time of analysis was 9.1 months following initiation of rucaparib treatment. The ORR was 37 percent, which included one complete response (CR) and six partial responses (PR). The disease control rate (defined as the sum of PR, CR, and stable disease) was 90 percent for at least eight weeks. Eight patients remained on rucaparib therapy for at least six months, and two patients have remained on rucaparib therapy for more than one year.

Common adverse events related to the treatment included nausea, dysgeusia (a distortion of the sense of taste), and fatigue.

“Although this is very preliminary data, the fact that we’re seeing sustained clinical responses in some of these patients is very exciting,” noted Reiss Binder. “Other than the recent tissue-agnostic approval of pembrolizumab for patients with microsatellite instability-high tumors, there really is no other targeted therapy that has shown promise for patients with pancreatic cancer.

“Our results highlight the importance of germline and somatic testing in pancreatic cancer patients,” said Reiss Binder. “The presence of certain mutations can guide treatment strategies, and patients should know to ask their oncologist about getting tested.”