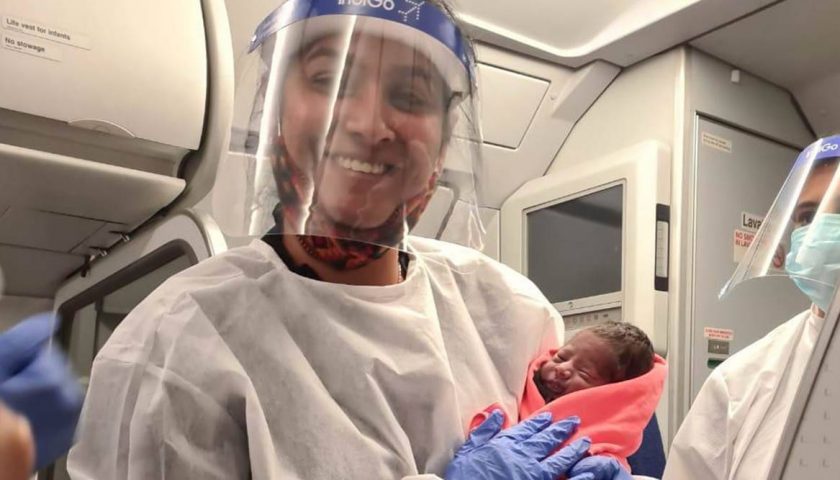 'I didn't have nurses or assistants with me; it was a challenge.' 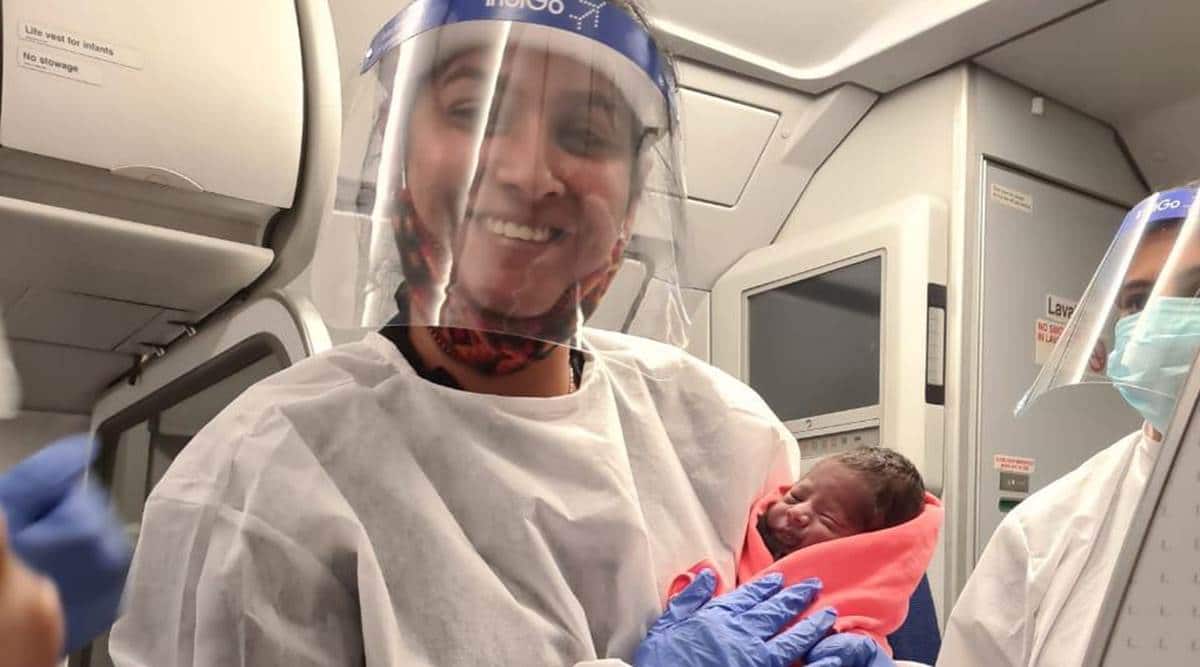 What are the odds of having a gynaecologist on board a long flight, right as you go into labour and give birth prematurely? For a 30-something woman flying from Delhi to Bengaluru, October 7 will always be remembered as the day she gave birth to a miracle baby.

Shortly after the Indigo flight took off around 5.30 pm from the capital, the on-air crew announced there was a requirement for a doctor. While Dr Nagaraj, a plastic surgeon from Riyadh, volunteered, it was learnt that the health problem was of a gynaecological nature. A pregnant woman had prematurely gone into labour, and she was experiencing pain and discomfort.

That was when Dr Sailaja Vallabhaneni, Consultant Foetal Medicine, Cloudnine Group of Hospitals, Old Airport Road, Bengaluru stepped in. “I was afraid she may be aborting, because of the symptoms common during this gestational age and at a high altitude,” she said.

Dr Vallabhaneni noticed the woman was covered in blankets. “I enquired about her medical history, and of any episode of spotting or bleeding, to which the woman replied that she had severe gastritis. Suddenly, she winced and said she had to use the bathroom. When she started walking towards the toilet, I noticed there were blood stains on the floor; her water had broken,” the doctor shared.

Since she was already wearing gloves, a mask and a face shield, Dr Vallabhaneni jumped into action and helped the woman deliver the child in the bathroom! “I placed the baby on a serving table, and then clamped the cord using a gauze (as cord clamps were not available). The cord was cut using sterilised scissors and a hand sanitiser. After I took the baby in my arms, I realised it was born premature — around 32-34 weeks — and weighed around 1.8 to 2 kg. Fortunately, the baby cried immediately. I resuscitated it with the minimal equipment on-board. Co-passengers were kind enough to share their shawls and bedsheets to cover the baby and keep it warm,” the doctor said, detailing the experience.

When she realised the baby was doing okay, the doctor moved on to the mother, who “was passing [blood] clots”. The first-aid kit on the flight had two injections that could prevent bleeding. “Dr Nagaraj loaded the injections and I gave them to the mother; her uterus contracted well and the bleeding stopped.” 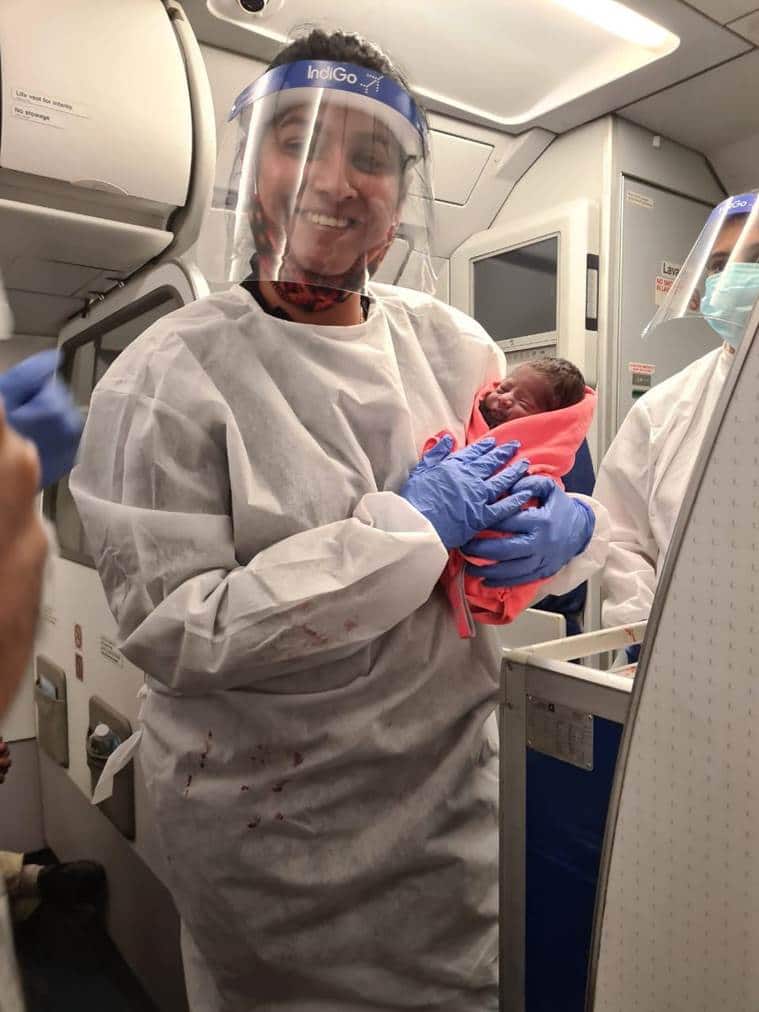 With the mother and her boy both doing okay, the doctor told the pilot that there was no need to make an emergency landing in Hyderabad, adding the crew members “assisted well and provided all the support in the course of the 50-minute procedure”.

Amid all this, did Dr Vallabhaneni have any apprehensions as to how she would assist the woman? “The challenge was that as doctors, we are not used to delivering babies on a plane. We normally have nurses with us; here I was all alone, without an assistant. There were many challenges, but no fear — for when fear sets in, you cannot work. The only thing I could think of was helping the mother birth the baby. The moment the baby cried, I knew everything would be okay.

“You cannot expect a delivery room-like setup in an aircraft, so I had to improvise. But, a few things like Betadine, spirit, a small suture material, a few clamps and other such things may be available, not the entire maternity kit, because it would not be feasible,” she told indianexpress.com.

What precautions should pregnant women take before flying out?

While women can travel anywhere till about 28 weeks of pregnancy, at every gestational age, they could face some conditions which may stop them from travelling. “Ideally, a woman can ask her gynaecologist to certify if she can travel. For every pregnancy, the rules may be different.

“In India, pregnant women tend to travel to their hometowns. Due to the altitude and pressure differences, there could be a chance of a medical emergency on a flight. So, all the airlines can train their crew members with basic assistance techniques to handle the situation, not the delivery per se, because that would require them to be a doctor or a midwife,” Vallabhaneni concluded.

📣 The Indian Express is now on Telegram. Click here to join our channel (@indianexpress) and stay updated with the latest headlines

For all the latest Parenting News, download Indian Express App.