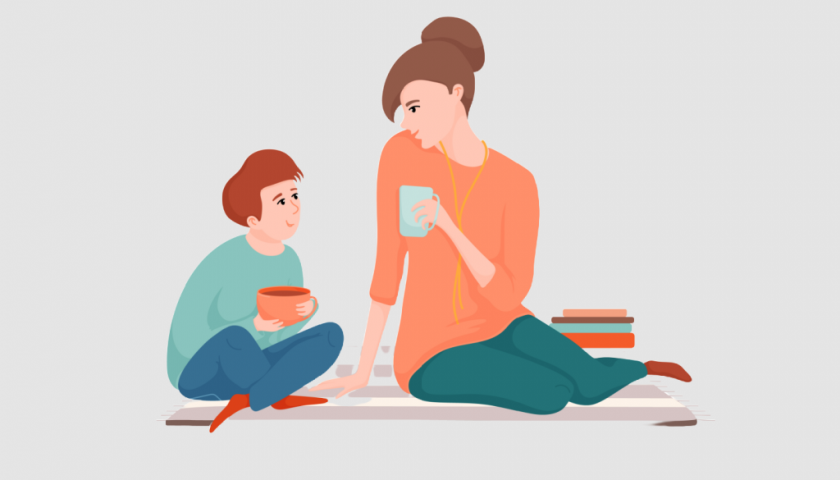 After my divorce five years ago, my three teenagers told me time and time again they were fine if I dated someone. It took me a while, but when I got out there again, they loved to hear about my dates when I’d pick them up from their father’s house the next day.

Sometimes we all had a good laugh about them — but mostly, if they sensed I liked someone, they were anxious and wanted to meet them right away despite the fact I had a six-month rule. I only let them meet someone if we’d been exclusive for six months, because I really wanted to get to know someone well before I let my kids meet them. It was important to me to feel like they were going to be in my life for a while before I let them into our family.

I’ve done my best, but along the way, I’ve really stumbled through the world of dating and introducing someone to my kids. I didn’t know what to expect, or how I could fit a man into our lives. Because the truth is, they wouldn’t just be dating me; they would walk into a family of four who had already established a very tight bond.

I quickly learned that getting into a relationship without your kids involved, then having them meet your children, are two entirely different experiences no matter how strong you feel the relationship is.

The first man I dated post-divorce was younger than me and didn’t have any children. He was very receptive to the fact that I had three kids and wanted to meet them a lot sooner than he did. I thought this would be the perfect arrangement because we only had one set of kids to be content with, but I was wrong. He didn’t understand why I couldn’t just go out on a random Friday night when I had my children. He didn’t get how some nights when I didn’t have my kids, I just needed some time to refuel and often wanted to stay in and get a good night’s sleep. He didn’t understand why I couldn’t cater to him in a way his previous girlfriends (who didn’t have kids) had.

For a while, I tried. But I fizzled fast and realized that it was killing me to try give him everything he needed, be fun and not fall asleep on the sofa on a date night before nine. Being spontaneous for a weekend getaway and shuffling around my kids’ schedule, asking my ex to take them on nights they were scheduled to be with me, was nearly impossible.

I felt like I was failing as their mom. I had less energy, I wasn’t able to remember all their school activities, and honestly, I wasn’t my best self because I didn’t have enough time to tend to my own needs — which is a huge part of being a mother. You can’t pour from an empty cup, after all.

After that escapade, I decided I would only date dads. Surely they would understand my lifestyle more, right? Wrong.

My next relationship was with a dad, yet he seemed to have the same problems. He didn’t understand why I couldn’t ask my kids’ father to take them more so we could go on vacations. He wanted more alone time with me, and without our kids. He wanted me to stay at his house on nights he didn’t have his kids but my oldest son was at home. My son was old enough to be by himself, he insisted. And sure, he was, but that wasn’t the point.

He didn’t seem to get that I didn’t care about the nightlife and going out. I cared about spending that time with my kids regardless of their age — because I can’t get it back. It would be different if I had full custody of them, but I don’t’t. I don’t get to see them all the time, so when they are with me, they come before anyone else.

Ultimately this relationship ended after a few years and I realized something: if putting my kids first has to mean that I’ll be single, I am okay with that.

I thought I’d be with my kids’ father forever, but that didn’t end up happening. How do I know the next relationship I’m in will last? I mean, I don’t; the truth is, no one can have that kind of insurance. But one thing I do know is that I’ve got three kids who still need me. So while my children are still living at home, they get to have me first. That means if they’re sick, even though they are teenagers and can probably make it through an evening alone if I had plans to go to a concert or dinner, I’ll cancel those plans. If they need me for emotional support, I will make that a priority.

And while I love to do things like go on vacation, or plan a night away — who doesn’t?! — it needs to be during a time when I don’t have my children. I am well aware that this is a big ask for anyone who wants to come into my life, and a lot of men will not be on board. But I’m okay with that. I don’t want my kids to grow up, leave the house, and look back and think I should have spent more time with them. I don’t have many years left with them, and the right person will be patient and understand that when they do all move out, I’ll be more available. And if I don’t meet someone who can fit into our world, oh well.

My experience with dating as a single mother has given me further proof that most of the relationship-load falls on the mother. We are expected to be the caretakers for the kids and do most of that heavy lifting. We are expected to excel professionally, be independent, look amazing and not “let ourselves go” (whatever that means), and when we get into a relationship, we are expected to make our man feel important enough so he doesn’t feel neglected or left out. I can tell you from experience it’s an impossible feat, and I’m more than happy to let go of all that nonsense and do what feels right to me.

Because the truth is, my love life can wait — but my kids can’t.