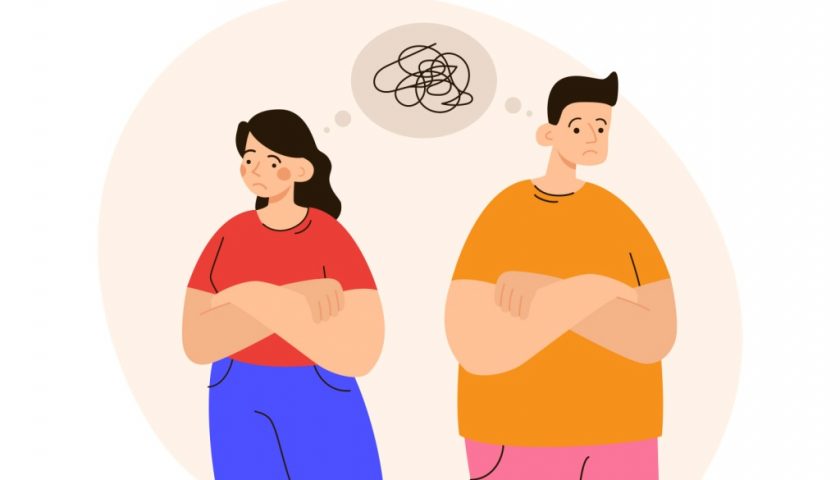 A stepmom turned to Reddit’s “AITA” forum to find out who was in the wrong in an argument between herself and her husband David — and it became quickly clear whose side everyone was on. She began by explaining that she’s been married to her husband for five years and they have a blended family of her daughter Amy, 21, and his daughter Erin, 21.

Both young women started college a few years ago. Amy got a scholarship and Erin didn’t, so her dad covered the tuition with the college fund he saved for her. The rest she would pay for by herself. “What’s going on now is David said we have a fair amount of savings, and he wants to give some of that to Erin for her student loans,” the Reddit user wrote.

She argued that it wasn’t fair because none of that money was going to Amy and she should get an equal payment to help cover rent. This is just the “tip of the iceberg” when it comes to her trouble with her husband and her stepdaughter.

“Erin plays violin with the local orchestra, she had her first (small) show about a month ago- we went all the way to MA because David wanted to see her perform,” she wrote. “He was also the one who bought her the violin as a gift when she got into college, but no gift for Amy.”

David made the point that Erin is “alone” because she’s going to college out-of-state, and that just made the Reddit user more annoyed. “I replied that then she should’ve stayed here instead of running off to a different state, and picking up things like violin to show that she’s better than everyone,” she wrote. “He got really mad at me for saying that, I’m just trying to be fair but AITA?”

People collectively thought she was TA here. “Your husband is right. You’ve only been together FIVE years so your daughters must have been 17 when you got together, almost adults!” one person wrote. “You and your ex are responsible for YOUR daughter and your husband is responsible for his daughter. You speak derogatorily about his daughter as well, mocking her for going to school out of state, for taking up the violin. You sound resentful that your husband wanted to see her first performance? Wow. ”

Many people emphasized that it’s fair for her husband to want to focus his financial responsibility on Erin. “Erin [is] his daughter. She should always be his #1 priority. Amy is your daughter, who should be your #1 priority,” a user noted. “You both became step parents to the other fairly late in their lives. You can absolutely play those roles for your children if that’s how it’s agreed, but your own children are obviously each still your own separate priorities. It is 100% okay for your husband to provide financially for his daughter with his money any way he chooses.”

Others pointed out that there was another issue going on here. This stepmother clearly resents her stepdaughter, as seen with the tone she uses while discussing her. “Your belittling comment about Erin playing the violin shows a massive lack of maturity,” a Reddit user pointed out. Another added: “You obviously don’t care for Erin. You didn’t have anything nice or even accepting to say about her in this post. YTA just for the way you’ve worded this message about a member of your family.”

People are really going to bat for one side here! Where do you land with this argument?

These celebrity fathers are all proud to be “girl dads.”