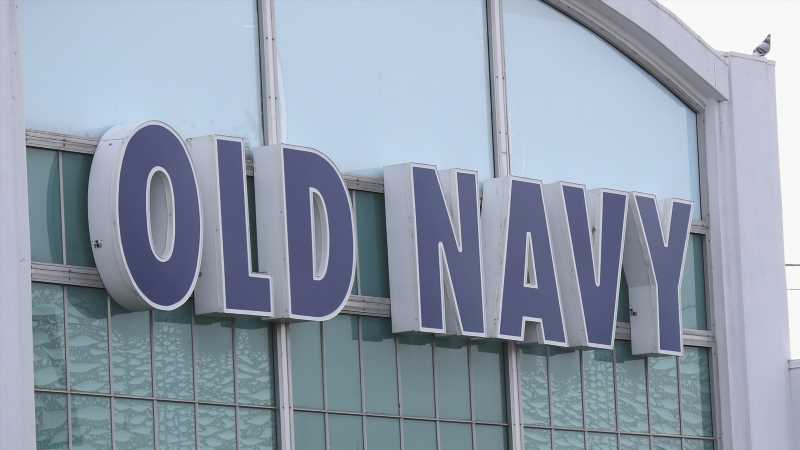 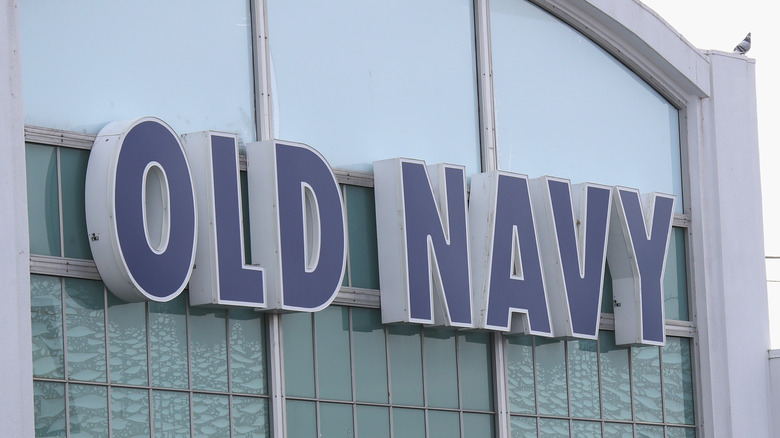 Many of us have perused the aisles of Old Navy, which has long served as the go-to shopping spot for branded Fourth of July tees, cheap flip flops, and minimalist bargain clothing. If you haven’t stepped foot into one of Old Navy’s 1,100 stores, you’ve probably frequented at least one of its sister chains, which include Gap and Banana Republic (per Old Navy).

Ever since its founding in 1994, Old Navy has set its sights on bringing style to the people by offering affordable apparel and accessories for the whole family. The company’s website boasts that it’s the #1 dress brand in the country and that they’ve been “making butts happy since ’94” with their “world-class” denim. Sound too good to be true? Well, what the website unsurprisingly leaves out is any mention of the many controversies the brand has been involved in, from troubling T-shirts to white-washing. Here are a few of the times Old Navy was steeped in hot water. 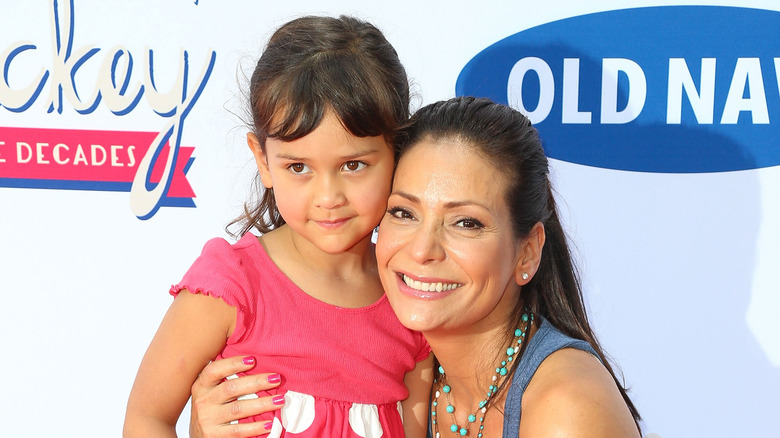 In 2015, Old Navy ended its year of skyrocketing sales on a sour note, and it all had to do with a girl’s T-shirt. The shirt in question featured the phrase, “Young Aspiring Artist, with the last word crossed out and replaced below by titles such as “Astronaut” and “President,” per Racked. Artists around the globe were furious at the not-so-subtle dig at their profession.

“I don’t get offended that often… But this really pissed me off!” wrote one Facebook user. “The fact that Old Navy is basically saying that being an Artist isn’t a respectable profession and promoting that on Children’s Clothing is ridiculous! They’re discouraging kids from expressing their creativity.” Others pointed at the irony of the situation, as Old Navy had to hire a graphic artist to create the shirt’s design. Even the Perkins Center for the Arts took a stand, posting, “Wow, Old Navy, I can tell you that the artists and young aspiring artists at Perkins Center are very disappointed in your T-shirt. Don’t forget, many of our astronauts and political leaders have an arts background too,” per Racked. 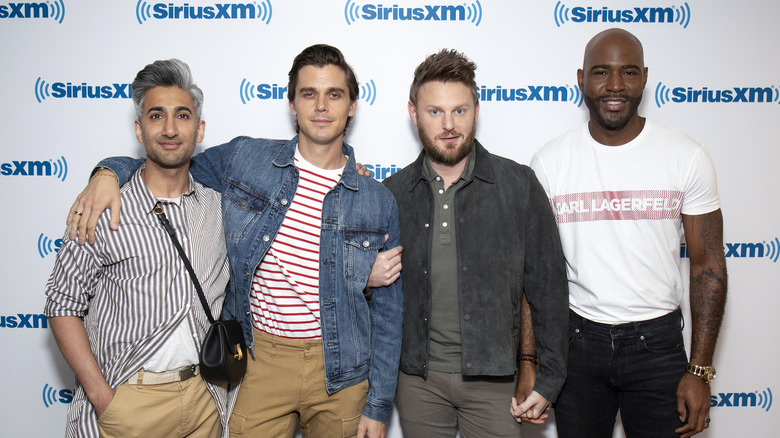 In 2019, a story broke in Philadelphia magazine about three Old Navy employees of color who claimed they and other Black and Brown coworkers were told by the “Queer Eye”‘s all-white film crew to stay out of sight while they taped a segment of the show in the store. According to the article, the story first made its way around after Monae Alvarado, a Cambodian woman who had worked at the Old Navy branch for over a year, cataloged her experience in a since-deleted Facebook post. “I was told to go to the back of the store by [Old Navy managers] involved with the production,” she told Philadelphia. “About six of my fellow co-workers were there, and we were shooed away from the camera as they filmed with these outside employees, who came from West Chester, Mount Pocono, and New Jersey. It immediately seemed odd to me that they were being used to tape at our store location when we already have a diverse group of workers who had been preparing for Queer Eye to come for nearly a week.”

Some of those involved in the shoot vehemently denied claims they had anything to do with this. “I don’t know what happened behind the scenes, or overnight, but what I can tell you is that there [is] no way I would ever have allowed production to move POC [people of color] to the back,” “Queer Eye” cast member France commented beneath Alvarado’s post. Netflix, for their part, released a statement with a similar sentiment (via Philadelphia).

In hopes of battling the heightened competition from fast-fashion retailers like H&M and Forever 21, Old Navy appointed a new CEO in 2006: Dawn Robertson (via SFGate). Robertson set about shortening the time between when new products are made and when they hit shelves, and she also refocused the brand toward customers in their 20s.

According to Money Inc., she also headed up the creation of a new in-store look, one that includes rock gardens, sizable murals, and mirrored accents, all made with eco-conscious materials. One such store in St. Petersburg, Florida, reportedly cost $5 million to develop. The idea was a huge departure from the company’s industrial warehouse style, and customers weren’t having it. After a hefty decrease in sales, Robertson was asked to leave her position in power over the venture. Although the company kept some of Robertson’s vision intact, they swiftly hired Tom Wyatt as an interim replacement.

Old Navy's interracial ad had internet trolls up in arms 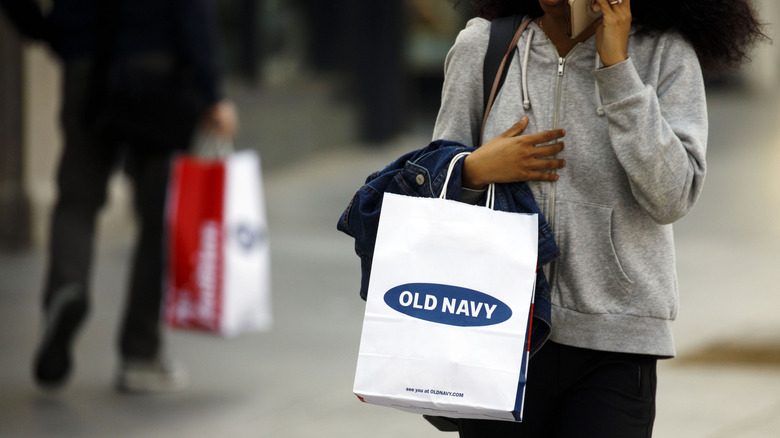 Back in 2016, Old Navy released an ad that featured models posing as an adorable interracial family, per The Cut. In response, heaps of internet trolls came out from hiding and revealed themselves to be the racists they are. “My family and I will never step into an Old Navy store again,” one Twitter user wrote (via Global News). “This miscegenation junk is rammed down our throats from every direction.” In the same outraged tone, another user tweeted: “Old Navy HATES White babies! It takes a White mother and a White father to make a White baby” (via Refinery29).

The woman featured in the ad, Grace Mahary, took to Instagram to make her voice heard. “In light of the controversy revolving around my pretend family… I am proud to be representing interracial love, multiculturalism, and most importantly, a mentality that supports opportunity for all ethnicities,” she wrote. Shut the haters down. Although it can’t be said for the others, this is one controversy Old Navy didn’t deserve. Will you keep shopping there? Or is it time to bring your hard-earned cash elsewhere?