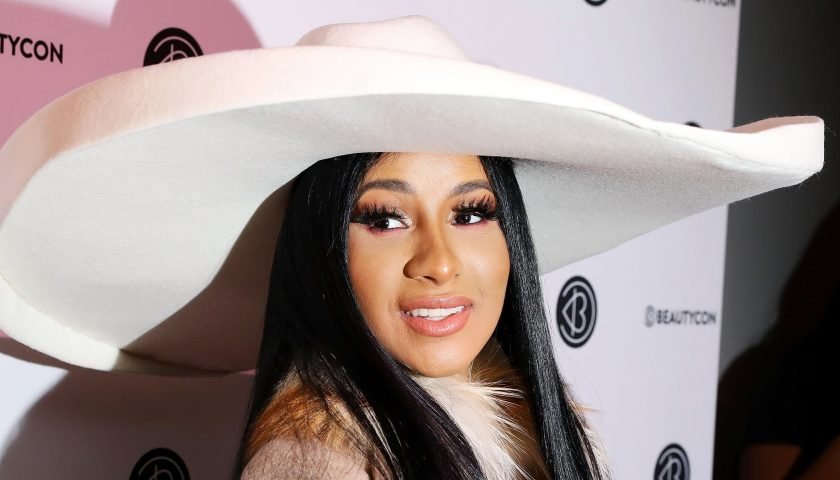 Twins! Cardi B keeps her 9-month-old daughter, Kulture, out of the public eye, but she showed the little one off on Thursday, April 11 — and she looks just like her mom.

“Good morning, pretty girl,” the rapper, 26, said in a black-and-white video on her Instagram Story as her baby babbled. She captioned the rest of the footage, “She mad.”

The Grammy winner and Offset welcomed their daughter in July 2018, but for months, Cardi only showed close-up shots of the little one from her lips and fingers to her feet and outfits. 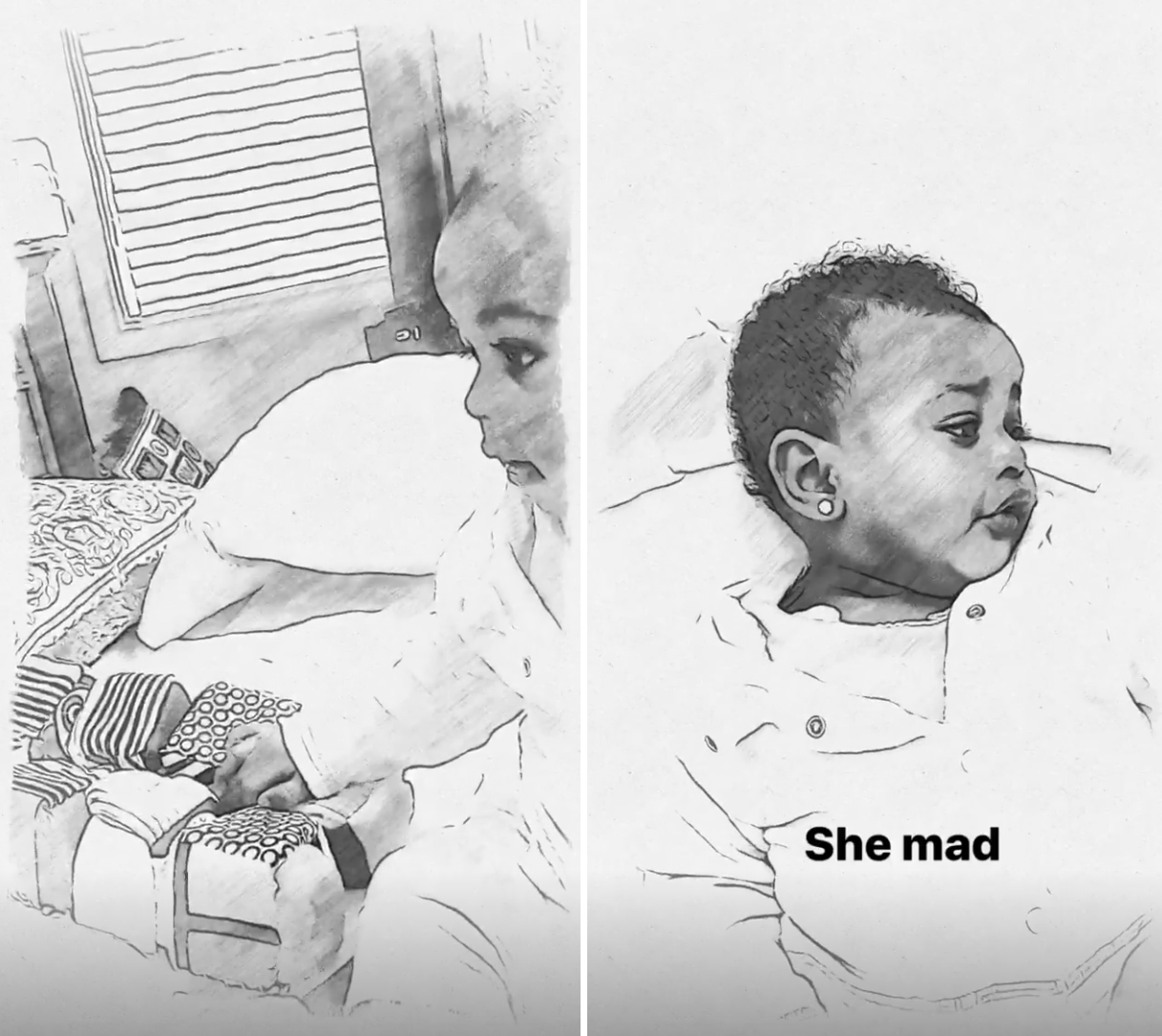 It wasn’t until December 2018 that the new mom revealed Kulture’s face. In the Instagram photo, captioned, “My heart,” the infant looked away from the camera while sitting in a stroller. She wore a headband with a bow, a pink outfit and a striped bib with her name on it.

She appeared on the cover of Offset’s Father of 4 album two months later, along with his four other children — sons Jordan, 8, and Kody, 3, and daughter Kalea, 3, who he shares with Justine Watson, Oriel Jamie and Shya L’Amour, respectively.

“The album cover was originally going to be the debut of Kulture’s face, but that obviously changed when Cardi decided to post a pic of Kulture right after she split from Offset,” a source associated with the album’s production told Us Weekly exclusively in February.

Less than a week later, Cardi shared her first family photo with her baby girl and the Migos member, 27. “PUNTA CANA,” the Bronx native captioned the throwback shot. 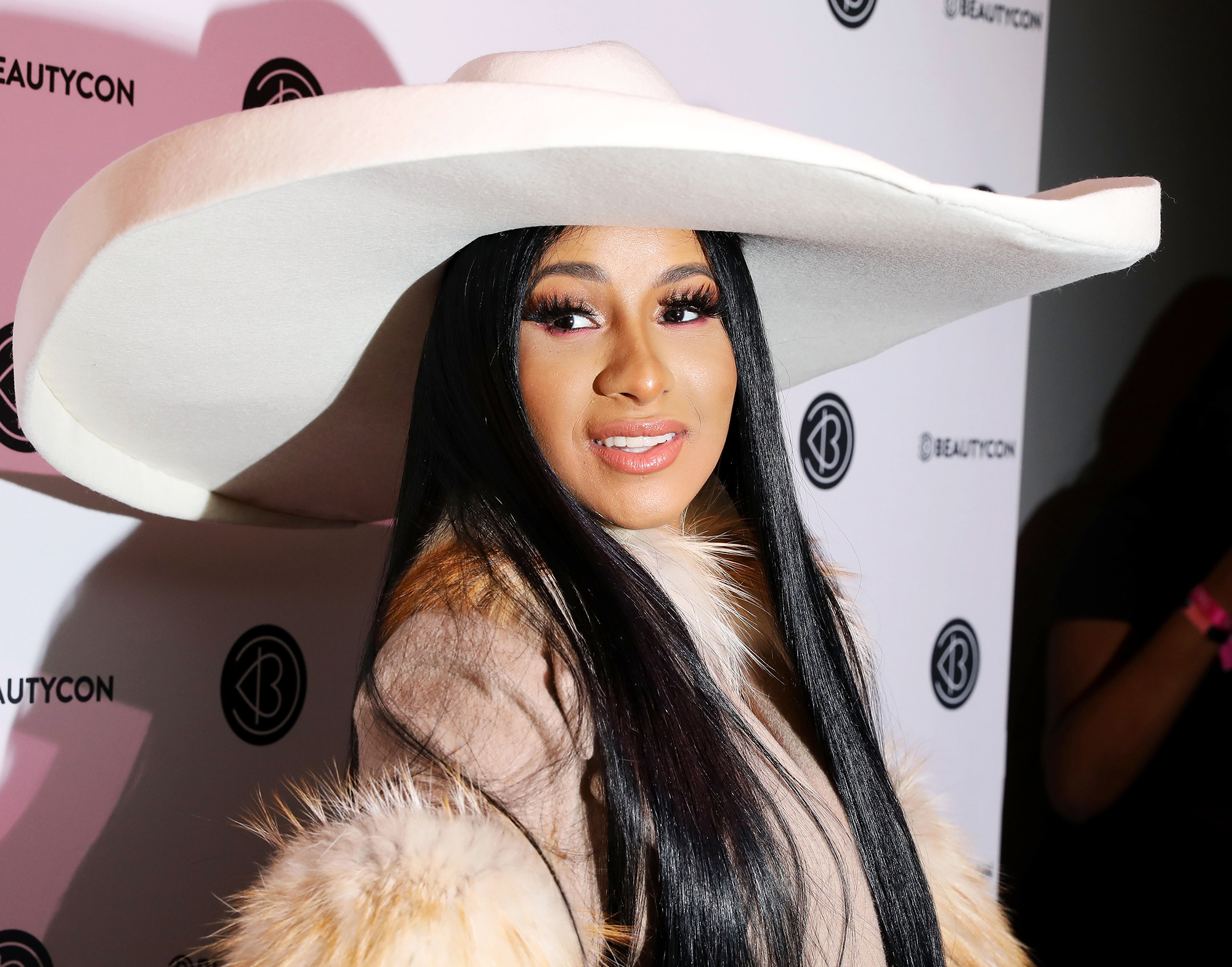 The couple, who secretly tied the knot in September 2017, split in December 2018, but reconciled in February.

“It’s been good,” Offset told Esquire of their relationship that month. “We’re being more open to each other, raising our baby and taking things slowly.”