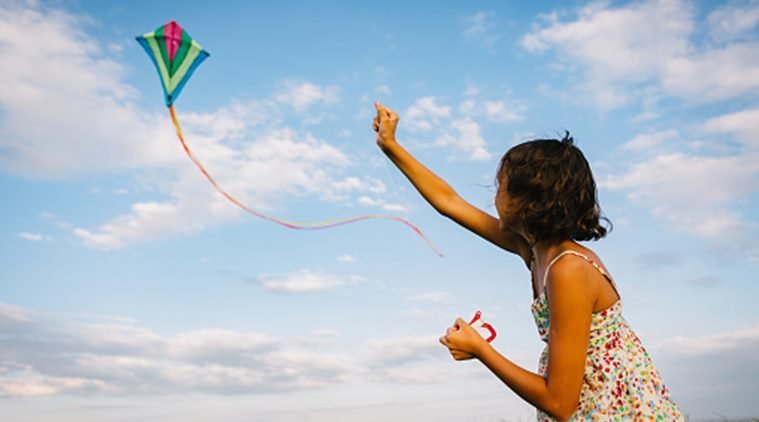 Makar Sankranti 2019: Time, to at least be aware of the immense collateral damage that kite flying causes, and ask ourselves, as parents especially, are we, in all good conscience, alright with letting our children be the reason behind environmental destruction?

Makar Sankranti is celebrated with much fervour across the country each year. While the 14th of January marks the transition of winter into summer in the Hindu calendar, the most visible and obvious manifestation of this day is out in the open skies. Particularly in large parts of North India, Sankrant means one thing, and one thing alone – kite flying. And it doesn’t just take place on the day; skies across the north of the country get these manmade inhabitants from as early as the first couple of days of the new year.

While the beautiful, competitive and undeniably fun aspects of kite flying have endeared themselves to generations, with families enjoying proud histories of fierce but good-spirited rivalries with neighbours and friends alike, perhaps it is time for us to pause and reflect on the not so ‘harmonious’ side of kite flying. Time, to at least be aware of the immense collateral damage that kite flying causes, and ask ourselves, as parents especially, are we, in all good conscience, alright with letting our children be the reason behind environmental destruction?

What is the damage?

Let us first understand the concerns, which have chiefly to do with bird injuries. Many birds in India are already on the brink of extinction. With increasing urbanisation, these birds are fast running out of natural habitat. So when kite flying season comes around, even in relatively less populous cities and rural areas that millions of birds call home, they have a rather unwelcome guest in the sky-kites.

It probably wouldn’t have been so dire but two factors are contributing exponentially to the unsavoury cohabiting of birds and kites in the skies. First, with growing human population, the number of people flying kites, and the sheer numbers of kites in the sky, has gone up significantly. The result? Exactly what has happened to our roads. The amount of space on the roads stays the same while the number of cars increases, thus do traffic snarls and accidents. In peak Sankranti season, cities such as Jaipur and towns in Gujarat present a scenario where one can hardly see a patch of the sky; it is absolutely inundated with kites. The fallout is obvious. The number of kites completely overwhelms and usurps a space that really belongs to the birds.

Also Read: Makar Sankranti 2019: How to celebrate the festival with kids

Second, and perhaps more disturbing is the fact that it isn’t only a space jostle any longer. Over time, in order to make the ‘kite-fighting’ aspect of flying kites more exciting, manufacturers of kites and of the string/thread that are used, have started adding a coat of finely shredded glass to their product. The result is a ‘fatal’ and lethal Manja (the sharp string) that is commonplace. And with an unimaginable number of these knife-like sharp strings together clogging the skies, the injuries and fatalities that birds suffer is simply unspeakable. If reports are to be believed, there can bird injuries upwards of thousands in one region alone, and hundreds, if not thousands of bird-deaths!

Is it worth it?

This situation begs the obvious question-is all that kite flying revelry really worth it? When there is undisputed and irreparable harm being done to the environment, to our most precious birds, should it not be our responsibility as parents, guardians and mentors to set better examples to our children? Make them aware of the situation and find alternatives?

We can take the following steps to ensure that children have a great Sankranti while not causing harm to birds:

Awareness: We can make children aware of the damage kite-flying is causing to birds. Children mostly listen to reason and understand a sound explanation. If they are made aware of the extent of damage that a seemingly fun and innocent kite-flying activity can cause, I am certain they will develop an understanding and appreciation of why it is important to curtail the fall-out.

Creativity: If we are a bit creative, not only can we preserve the joy of kites for children but also use the festival of Sankranti to enhance imagination and creativity in our children. Rather than using shop-bought kites and focusing on the ‘flying and competing’ aspect, why not get together, at home, at school, in our residential buildings, in our colonies, and organise kite-making activities. This will engage, occupy and immerse children in a creative pursuit where they can truly put their imagination to test.

Fly safe: Once these self-made kites are ready, we could have our children fly these kites in small numbers at home or outside, at ground level (so that they do not actually go high up into the sky), and using ordinary string (the kind that we use to sew buttons and clothes) that is natural, not sharp; ensuring thereby that even if there are low-flying birds that cross the flight-path of the kites, their chances of sustaining injuries or fatalities is significantly reduced.

At the end of the day, children will, if oriented correctly, understand that the kites they fashion are symbolic of the very concept of ‘free-flight’, of soaring the skies; a freedom that is first and foremost the right of our beautiful birds. It follows naturally then, that they will realise, Sankranti is about letting the spirit soar high, not the kites!