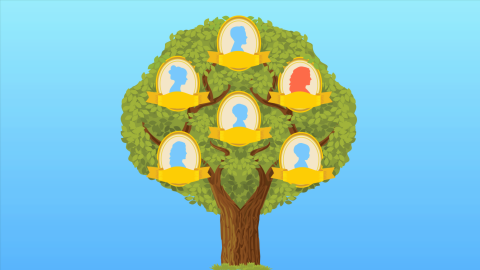 So your stepkid hates you — at least you’re not alone. Stepfamilies (increasingly known as blended families or bonus families) are the new nuclear family. While official government statistics on stepfamilies are scarce and incomplete, the research that’s out there speaks for itself. For instance, in their 2018 paper “Stepfamily Structure and Transfers between Generations in U.S. Families,” Wiemers et al revealed that 62 percent of married/cohabiting couples under age 55 have at least one stepkin relationship within three generations. And statewide samples suggest that around 40 percent of families (married couples with children) in the U.S. are stepfamilies.

So there’s no doubt that stepfamilies are more common nowadays than ever. On the outside, they might look and act like any other kind of family. But there’s one thing about stepfamilies that will always be different than the traditional nuclear family: the absence of unconditional love. Sure, there are cases where a child instantly falls in love with her stepmom and they all live happily ever after, Hallmark Channel Movie style, but for most people, the reality is likely to be more of a dark comedy, and in some cases a horror movie you’re not sure you have the courage to watch to the very end.

If your stepkids hate you, you’re not alone. Take comfort in that. And then know that they don’t actually hate you. When a child says they hate you, it’s about something else entirely, says licensed mental health counselor GinaMarie Guarino.

“Typically, a child will be resistant to any change to their core family,” Guarino told SheKnows. “From birth, their core family is their primary source of safety, security and support. Change to their family dynamic can impact how they feel, and adding a stranger to their inner circle can be a challenge for a child.” This is most often true, she says, for a child who has either lost a parent or has divorced parents. Knowing that their parent is taking a new person into their home can cause a child to feel threatened, which can cause them to act out and confuse their fears for ‘hate.’

“A child tends to have difficulty understanding where a stepparent fits in,” added Guarino. Her best advice is to give the child space and time to adjust. Having family dinners, watching movies together and so on can help you bond with your stepchild (and vice versa), but it’s important not to force this on the child, or you could be in for a whole lot of resentment. “Let the child move at their own pace,” she advised.

Guarino also recommends considering the language you — and the rest of the family — use to talk about your unit. “It can be helpful to adopt the term ‘bonus’ rather than ‘step,’” she said. Using ‘bonus’ helps because it implies that the stepparent is being added to the unit, and not replacing anyone from the core family.

Stepkids often feel pressure to be loyal to their biological parents, explains Guarino, so being careful with your use of language can help them open up to the possibility of allowing their stepparent into their inner circle.

Author and journalist Rebecca Eckler agrees that it’s definitely a learning process. Her number one tip, as a mom who’s been there — she first met and blended with her boyfriend and his kids when they were 9 and 11 and her own biological child was 7 — is “you can’t force love.” She gave SheKnows more tips for all stepparents who may be on the receiving end of not-so-friendly behavior:

Above all, don’t let your expectations get the better of you, says Eckler, whose latest book, Blissfully Blended Bullsh*t: The Uncomfortable Truth of Blending Families, is out May 27, 2019. “Try your best to see the situation from the child’s point of view, and don’t take things personally. Of course it stings when your partner’s kid doesn’t like you, but you can only try your best.”

Author and musician Adam Cole is also part of a bonus family; his stepdaughter came into his life when she was nine and he raised her along with his four biological children who followed. He knows how difficult it can be to respond to negativity from a stepchild, as it can’t necessarily be the same as a biological parent’s response. “Biological parents have bonded in one way or another with the child since birth,” he told SheKnows. “They have a whole life of nurturance and relationships to access when they respond. On the other hand, stepparents have to build that bond in the middle of the child’s life. It has to be a more deliberate, more contrived thing. It also may have limits that must be respected.”

Cole makes a great point. We’ve all heard “I hate you” from our kids at some point. Most of the time, we can ignore it because we know they don’t actually mean it. But when a stepchild says, “I hate you,” it stings — because there’s the fear that it might be true. And when the stepparent/stepchild relationship isn’t established, it’s difficult to know how to respond. The child may be asking for attention, limits or comfort — but they want those from their biological parent, not from you.

“A stepparent has to do what they’d do in a good, nurturing relationship and accept that the response from the stepchild may be more complicated,” said Cole. “It’s hard not to take that complicated response personally, and to respond appropriately — it’s going to be complicated, so advance with compassion for the child and for yourself.”

A harmonious bonus family can be even more unattainable if a child has experienced considerable early trauma, such as abuse or neglect caused by, or separation from, a biological parent. This can change the way the child’s brain develops and result in developmental trauma disorder (DTD), Institute for Attachment and Child Development executive director and therapist Forrest Lien tells SheKnows.

“Without effective intervention, the child’s brain remains hard-wired around survival and fear,” said Lien. A child with DTD struggles to develop healthy relationships, typically rejecting caregivers as a means of self-protection. “The most common call I get from stepfamilies is when stepmothers are worn out from attempting to parent her husband’s biological child,” revealed Lien. “The father typically also carries guilt due to his previous wife’s treatment of his child.” If you think your stepchild may be suffering from DTD, seek professional help from a therapist who specializes in developmental trauma.

Remember, help is out there whatever your circumstances. If issues with your stepchild are affecting your mental health, have a chat with your doctor. If you feel isolated and frustrated, spend some time with a friend — a problem shared and all that. And keep telling yourself that if you’re doing your best, things will get better. It just won’t happen overnight.