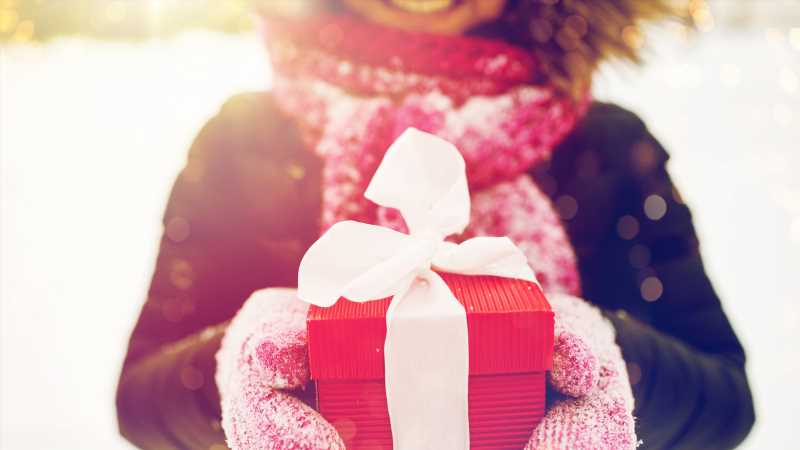 Everyone wants to be a good gift-giver. It’s always better to be lauded for your Santa-like insight rather than silently scoffed through the fake thank yous of someone scanning their holiday package for a gift receipt. And while being a great gift giver certainly seems like an art that some people either have or they don’t, according to science it actually just boils down to what The New York Times artfully describes as the ability to “set aside our own desires and try our best to anticipate theirs.”

According to a 2016 study from the Association for Psychological Science, the problem with gift givers is they are naturally prone to being selfish and prefer to give expensive, tangible, and unexpected gifts because they want to see the recipient’s joy when it’s opened rather than giving a gift “based on how valuable [it] will be to the recipient throughout his or her ownership of the gift.”

It sounds complicated, but becoming a good gift giver is easier than it sounds. Science has shown us that if you follow these simple rules you don’t need a psychology degree, crystal ball, or a magical red suit to give the perfect gift every time.

We’ve been conditioned by holiday marketing campaigns to believe that the more money you spend on someone the better the gift or gifts will be, and the happier the recipient. Science says otherwise, however. You know that saying “It’s the thought that counts?” When it comes to giving gifts, truer words were never spoken. In 2009 a trio of studies published together in the Journal of Experimental Social Psychology, researchers found that the only people impressed by a high price tag on a gift was the person purchasing the gift. The price has absolutely no impact on the recipient’s appreciation.

In an interview with the BBC, Jeff Galak, an associate professor of marketing at the Carnegie Mellon Tepper School of Business explained, “It seems pretty intuitive that if you spend more, you’re going to get a better gift. It turns out that there’s no evidence that recipients are sensitive to the cost of a gift when they figure out how much they’re going to enjoy that gift.”

It’s also important to consider who you are shopping for in relation to expensive gifts. Many times a hefty price tag puts a burden of reciprocation on the recipient, and according to The Science of Gifts, it immediately makes the gift unappealing and the entire experience unpleasant.

Perfect gifts are gifts that the recipient will actually use

Thinking of buying a watch for your boyfriend for the holidays? First question you should ask yourself is, does he wear a watch? Okay, this is a rudimentary example of usefulness, but it holds true in every gift buying scenario.

A 2014 study published in the Journal of Consumer Research illustrated an experiment where researchers approached pairs of individuals and set the duos 10 feet away from each other. They asked one person to complete a word puzzle and as a prize for completing it gave them the option of gifting their companion either “a pen described as beautiful but too heavy for everyday use, or a retractable pen that was easy to carry.” Unsurprisingly, the majority of people chose to gift the beautiful but impractical pen. Guess which pen the recipients deemed more desirable and more thoughtful? You guessed it, the smaller pen they could actually use. Not only did they prefer it, but according to the research, they were “happier if they got the practical pen.”

Perfect gifts don't have to be usable or enjoyed immediately

Say you have a best friend who absolutely loves reading, but she always complains about being too tired to pick up a book at bedtime. Gifting her a year’s subscription to Audible so she can listen to her favorite mystery novels while running errands is an awesome gift, but it won’t evoke the same delight in the gift giver as watching her open something she has to physically unwrap.

Galack explained to the BBC, “When givers give gifts, they’re trying to optimize on the moment they give the gift and see the smile on the recipient’s face right in that moment.” He pointedly adds, “But what recipients care about is how much value they’re going to derive from that over a longer time period.”

Think of it this way — every time your bestie opens up the app or downloads a new book, she will joyfully think of you and your thoughtfulness. That’s what gift giving is all about. We have to mindfully take our selfish desire to invoke immediate joy and delight out of the equation and think long term.

If someone asks for something specifically, try to give them what they want

Unexpectedness does not equal thoughtfulness. That sounds boring to our sensibilities, but think of it in the context of a wedding. Couples painstakingly go through the process of creating a registry. That means they want you to buy off that list. Going rogue will likely result in a gift they don’t want.

Elizabeth Dunn, a psychology professor at the University of British Columbia revealed to the BBC, “People want to be creative and surprise the recipient, but the better gift will be whatever it is they say they want.” This is confirmed by a 2011 study published in the Journal of Experimental Social Psychology, that affirms the idea that gifts recipients appreciate the most are the ones that they’ve explicitly asked for.

The problem with that is it completely bucks the ingrained idea that most of us have which equates thoughtfulness with a surprise gift. Take note, if someone takes the time to share and update a wish list with you, or they explicitly tell you what they want, listen. You’ll be the hero of the holidays if you fulfill their desires. There’s a reason Santa asks children what they want — so he can give them their best gift.

The most appreciated gifts are often experiences

Research has shown that the most memorable gifts always involve experiences. That means recreating your first date with your spouse by getting reservations for dinner at the same restaurant you ate at 10 years ago will be a much more significant anniversary gift than a bottle of cologne or a piece of jewelry. That experience doesn’t have to be shared either. Say your cousin has been itching to try rock climbing. A great gift would be an introductory lesson somewhere local.

A 2003 study published in the Journal of Personality and Social Psychology revealed that “experiences make people happier because they are more open to positive reinterpretations, are a more meaningful part of one’s identity, and contribute more to successful social relationships.” What that means is, experiences create happy memories and enhance our lives much more than material things. Recipients will always remember the holiday they got tickets to their first opera over a pair of slippers or a new set of mittens. Use yourself as an example — do you even remember what gifts you unwrapped last holiday?

Here’s ho-ho-ho-ping following these simple rules will not only make gift buying easier, but make you the gift-giving hero this holiday season.