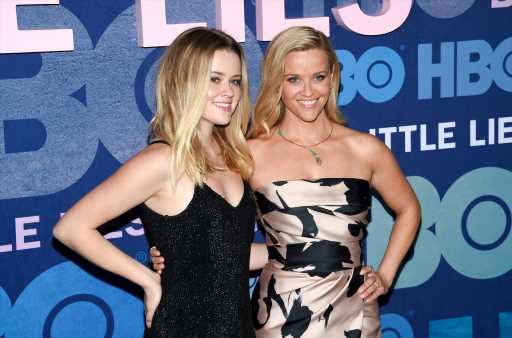 Plenty of parents have lookalike kids (hello, it’s called genetics!), but when you’re the child of a celebrity, it must feel low-key annoying to constantly be compared to your mom or dad. And Ava Phillippe, who looks so much like her mom Reese Witherspoon can obviously relate. It’s why Witherspoon offered some hilariously sage advice to her 22-year-old daughter when she feels frustrated by their perceived twin status.

In a cover story for InStyle’s December issue, Witherspoon shared that her “first, most important priority” remains her three children, Ava and 17-year-old son Deacon, whom she shares with ex-husband Ryan Phillippe, and her eight-year-old son Tennessee, whom she shares with husband Jim Toth. “If I told you how much space in my brain they take up every day — do you even think they know, Gayle? I don’t even think they know,” Witherspoon told interviewer Gayle King.

King then remarked that fans love seeing The Morning Show star and Ava together, while joking, “Nobody can deny that she is your daughter,” to which Witherspoon sweetly responded, “Well, I love being mistaken for her because it makes me feel so young. I’m so proud of her. She really rolls with it. I’m sure it’s not easy looking exactly like your mother.”

Of course, with such amazing genes, as King pointed out, looking like the film icon isn’t such a bad thing, which prompted a hilarious tidbit about Witherspoon and her Big Little Lies co-star Zoë Kravitz (who is practically a carbon copy of her famous mom, actress Lisa Bonet). “We talk to Zoë Kravitz a lot,” said Witherspoon. “Because she and her mother look exactly alike, so whenever Ava is frustrated, I go, ‘Call Zoë, text Zoë, she knows what to talk about.’ I mean, that’s another mother-daughter combo that’s like identical twins.”

As Ava carves her own path these days as a model and a college student, it’s no surprise why Witherspoon is gushing about her eldest child as she navigates life in the public eye. “Ava is so down-to-earth,” the proud mom told the outlet. “She wants to do great things in the world. She’s studying and learning and trying to find herself. It’s a big thing in life to try different things and figure out what is really your path.”

And we’re sure having a cheerleader like Reese by her side helps make all the difference — even if people never get over the mother-daughter resemblance.