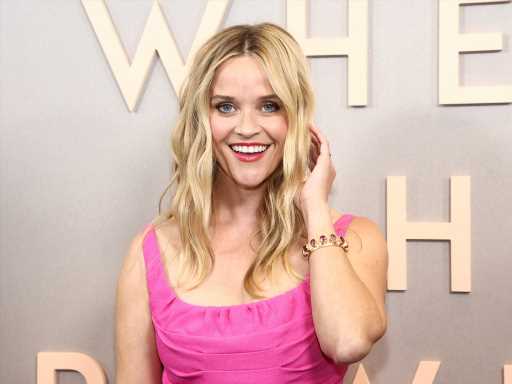 Reese Witherspoon shared the sweetest moment with her son, 18-year-old Deacon Phillippe. The proud mom posted a photo of the two embracing, alongside the caption: “This hug made my whole year 💝.”

Our two big takeaways are that this hug is very adorable and also these two look exactly alike. Evidence below:

Fans couldn’t get over the mother-son duo in the comment section. “So sweet. He’s your twin 💙,” one person wrote. “You just light up in pics with your babies 😍,” another added.  And then there was the very clever: “Reese WitherSPAWN 😭😭😂.”

Phillippe also chimed in, sharing love right back to his mom. “Miss you so much!!” he wrote. The recent high school graduate has a whole lot of exciting new endeavors on his plate right now. He can be seen on the upcoming season of Mindy Kaling’s Netflix series Never Have I Ever and is releasing a mixtape on Friday.

“I am so proud. He’s about to go to college for music. That’s his primary focus. The acting thing he likes to do, and he will do according to what his appetite for it is, but his focus is primarily music,” Ryan Phillippe, the teen’s dad, told Entertainment Tonight in August.   “The music, he’s actually dropping a mixtape this Friday on SoundCloud. It’s incredible. I’m so excited for people to hear. It’s really good stuff. I’m super proud.”

Witherspoon is also so excited to jam out to her son’s new work. She hyped up his earlier release, an eight-track EP, which she told Instagram fans she’s been listening to “on repeat.” “I love watching you create music & putting your thoughts/ heart/ ideas into the world,” the actress wrote alongside an Instagram story.

It looks like there are so many new projects in the works for this talented teen. We can’t wait to see what’s next!

We’ve got some great suggestions for clothes your teens will actually wear.