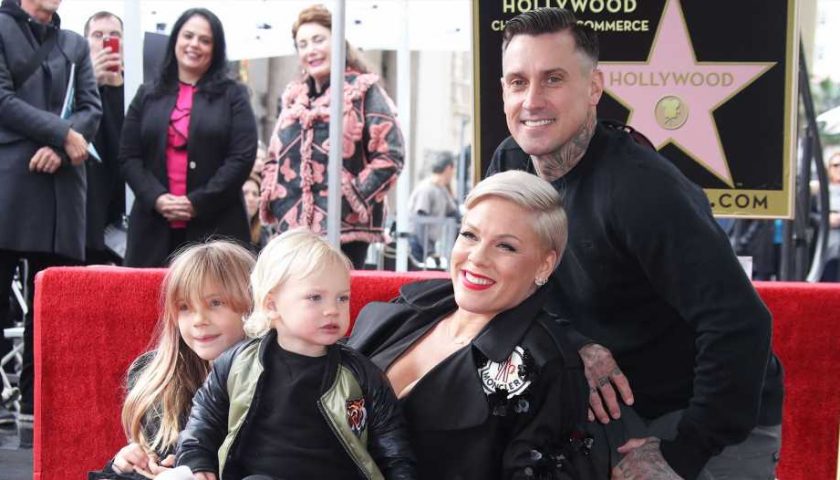 Pink, who shares Willow and Jameson with her husband, Carey Hart, admitted in April 2019 that she has had “several” pregnancy losses, starting at age 17. “I was going to have that child,” the Grammy winner told USA Today at the time. “But when that happens to a woman or a young girl, you feel like your body hates you and like your body is broken, and it’s not doing what it’s supposed to do.”

The singer went on to say, “I think it’s important to talk about what you’re ashamed of, who you really are and the painful s–t. I’ve always written that way.”

The previous year, Nicole Kidman shared the “massive grief” that she felt after miscarrying in her Tatler magazine cover story. The actress was married to Tom Cruise when she had an ectopic pregnancy, which means that her fertilized egg was implanted outside of the womb, and she also miscarried toward the end of their marriage.

The Big Little Lies star and the actor went on to adopt Isabella and Connor, telling the outlet, “I know the yearning. That yearning. It’s a huge, aching yearning. And the loss! The loss of a miscarriage is not talked about enough. There’s an enormous amount of pain and an enormous amount of joy on the other side of it. The flip side of going through so much yearning and pain to get there is the feeling of ‘Ahhhh!’ when you have the child.”

After marrying Keith Urban in 2005, Kidman gave birth to daughter Faith and welcomed Sunday via surrogate. “At 41, it’s more of a painful love,” the Oscar winner told Elle in 2008. “I look at that little girl and I’m like, ‘Oh, no, what’s going to happen?’ It’s almost like my heart is stretching; I’m feeling all the muscles stretch with emotion. It’s a beautiful love, but there’s a lot of fear and pain for her life.”

Keep scrolling for more stars’ stories about their tragic pregnancy losses — and the rainbow babies that followed — from Beyoncé and Mariah Carey to Jana Kramer and Jamie Otis.