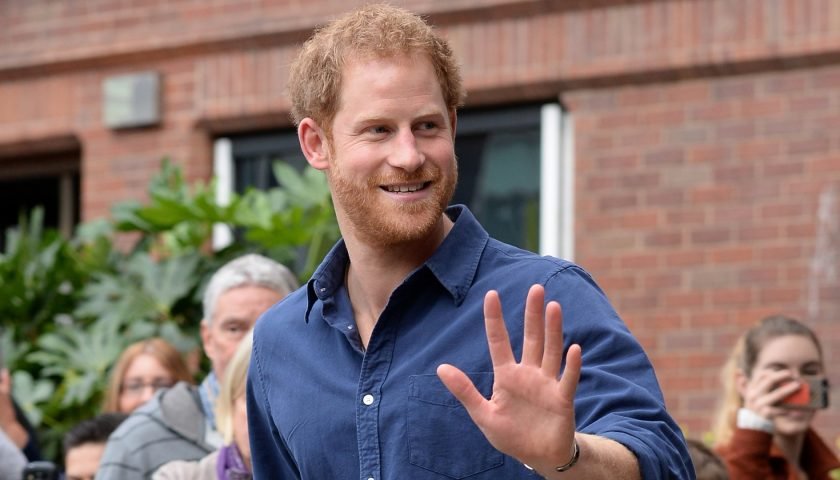 Prince Harry’s trip to Bristol with wife Meghan is all the proof we needed that he is going to make one hell of a good dad. First, during a visit to the town’s famous theater, The Old Vic, a nervous teen dropped the F-bomb, saying “you can’t be fucking around on stage.” The Duke and Duchess of Sussex handled the potentially awkward moment with their usual grace, with the Duchess bursting out laughing — and the Duke putting his hands on his knees in good-humored mock shock. (Total dad move.) Secondly, and more poignantly: Prince Harry requested time alone to talk with a bereaved teen who had lost his father.

The meeting took place on Friday, during a visit to Bristol’s Empire Fighting Chance charity, after the young man, Lestyn Jones of Kingswood, became emotional while speaking about the death of his father seven years ago..

The Duke of Sussex spent ten minutes speaking with Jones with great empathy, saying, “The same thing happened to me.” Harry was only 12 when his mother, Princess Diana, died in a tragic car accident in Paris.

“It just got a bit emotional because he mentioned something,” Jones said afterward to reporters. “He knew some stuff about me and the same thing happened to me. We had a chat for about 10 minutes.”

Jones added, “When we had a group picture at the end he made sure I was standing next to him. They were lovely people. I didn’t expect them to be like that. They were amazing people.” 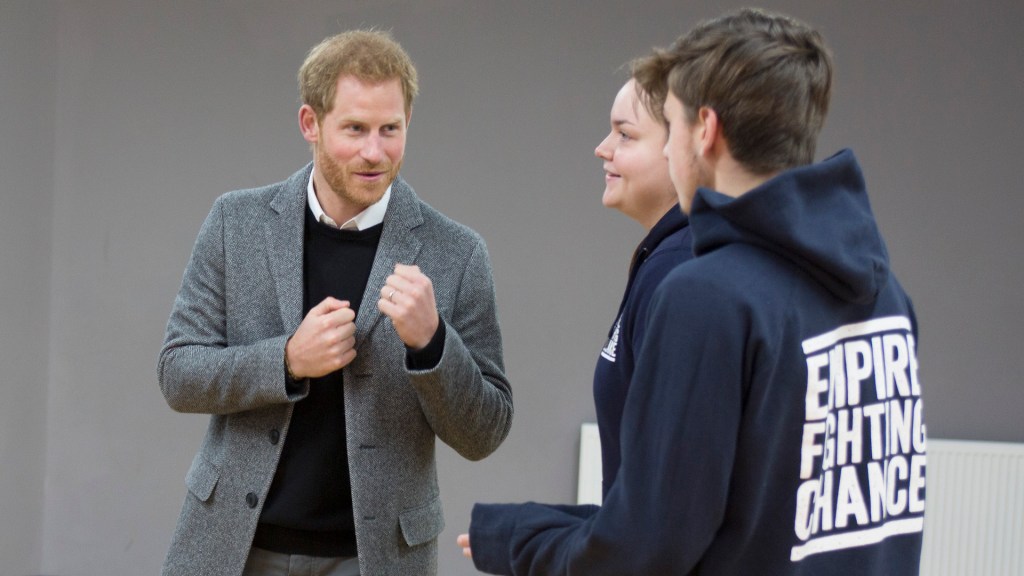 The Prince and the young Jones share a love a boxing as a way to cope with grief. Empire Fighting Chance uses boxing to steer troubled or grieving children and teens onto a better life path, offering both physical and emotional means of support. The club trains amateurs but has also produced professional boxers along the way. Started in 2006 by Martin Bisp and Jamie Sanigar, the club now offers programs for 350 young men and women every week, with a combination of non-contact boxing as well as therapy and other courses designed to instill respect and self-worth.

The club presented the delighted Sussexes with two pairs of personalized boxing gloves.

The Duke enthused to Duchess Meghan, “We can spar, we can train. That’s amazing.” An excellent method for deciding who’s on dinner or diaper duty, too.