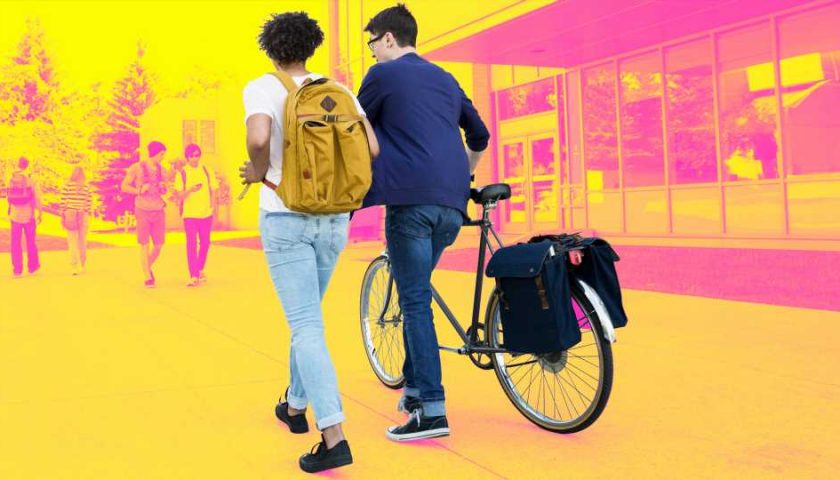 The rising price of college is no secret. In fact, the cost of a four-year education, whether public or private, is increasing eight times faster than wages right now. And while elite private schools often get the most attention for high price tags, even a four-year public school education can cost upwards of $25,000 a year after additional costs like room and board are taken into consideration. Oh, and there’s all those college prep classes and standardized test fees, too. While scholarships and financial aid can help alleviate some of this burden for parents, it can feel like a gamble to know where, exactly, you and your child will be financially and academically by the time they’re 17. No wonder the U.S. is drowning in a collective 1.5 trillion in debt.

But finally: a glimmer of hope. While many states offer free public education to low-earning families, New Mexico is poised to become the first in the nation to offer free tuition to all public institutions to all residents. The New York Times reports that Governor Lujan Grisham formally announced the plan today — but it will still require legislative approval. Because New Mexico has a Democratic governor and legislature, however, people are optimistic. The Times also notes that New Mexico is one of the poorest states in the nation, and plans to use oil revenue to fund the venture. The program would only cover tuition, not living expenses once a student is enrolled in college.

The Times article also covers some ways in which free college tuition can be trickier than it sounds. Currently, New York’s Excelsior program, which offers free tuition to children of families making under $125,000, is one of the most generous in the country (also, that’s double the median household income in NY state). (Tennessee, by comparison, only makes tuition free to families making under $50,000). But the Excelsior program also requires no gaps in education; many believe this caveat punishes lower-income students who may have to take breaks to care for family or to work. Most of these programs are also only available to recent high school graduates; New Mexico, on the other hand, will fund community college for all in its plan.

New Mexico will be like New York in one way, however: the program will only cover tuition, not living expenses. The Times reports that New Mexico, like New York, will cover costs after students use available federal funds, like Pell grants. Indiana, on the other hand, has a program that covers tuition and lets students from low-income families use those grants on the cost of living and books. But before you pack up and move to Indiana, that program also requires students be enrolled by the eighth grade to qualify.

If your head is spinning from all these different options and qualifying factors, there is another solution: federal funding for free public education. Because states, not the federal government, are coming up with solutions to the rising cost of college, we continue to get these patchwork solutions that change state to state. So far, presidential hopefuls Elizabeth Warren and Bernie Sanders have released plans to make public colleges free, as well as to cap or cancel student loans. Short of winning the lottery, for many parents, voting may be their best bet for ensuring a debt-free education for their children.