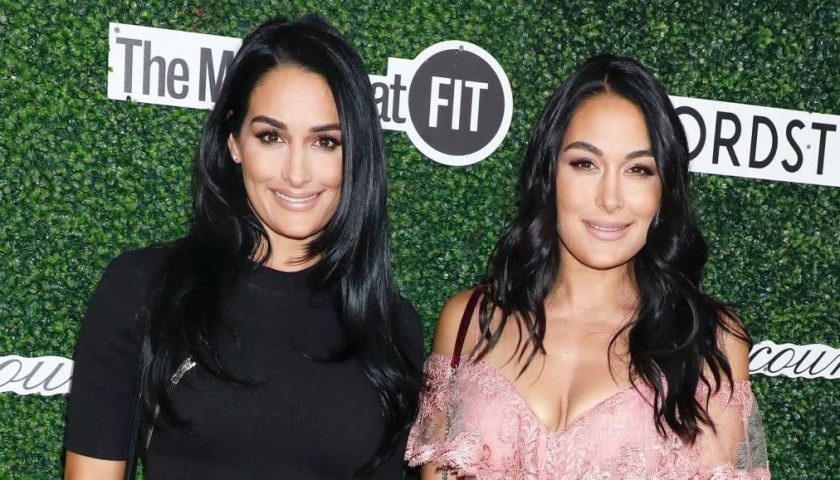 Family first! The Bella Twins do (almost) everything together, from costarring in their own E! reality series to experiencing pregnancy at the same time. Now, Nikki and Brie Bella are spilling their sweetest family moments in a game of “I Can Explain.”

When the duo virtually joined Us Weekly to discuss the current season of Total Bellas, they walked Us through their adorable family shots featured on their respective Instagrams. To start, Nikki, 37, looked back on a photo of herself cradling her newborn son, Matteo.

“I was at Brie’s new house in Napa Valley and I was holding Matteo. Brie shot that,” she explained.

Brie, also 37, noted what a “sweet moment” that was and explained how “no one ever takes pictures” of her sister. That was a sentiment that Nikki agreed with.

Seeing Double! Celebrities Who Have a Twin

Next up, Brie reflected on a selfie taken moments before she welcomed her second child over the summer with husband Daniel Bryan. “That is me terrified before I go in to get my C-section,” she said. “So, they were starting to prep me. They had just put me on the bed before they were going to stroll in and I’m like, ‘You know what? I just got to take a picture real quick, tell my family I’m going in.’ And about an hour, you’re all going to know whether I’m having a boy.”

Nikki then commented on a video taken of her and her fiancé, Artem Chigvintsev, practicing a dance routine together when she was a contestant on Dancing With the Stars in 2017. While the former WWE wrestler noted that the clip was “really cute,” she admittedly “forgot” it had happened.

Wrapping things up, Brie looked back on a “cute” memory following the birth of her 4-month-old son, Buddy. As her family of four visited a pumpkin patch, her 3-year-old daughter, Birdie, “kept wanting to kiss Buddy.” Nikki then reflected on the “first family selfie” she took with Chigvintsev, 38, and their 4-month-old son.

While fans of the Incomparable coauthors witnessed their pregnancy journeys across social media before they gave birth, they now get to see it all unfold on season 6 of Total Bellas.

“This season is really special to me because one, I never thought [Nikki] was going to be a mom. I really didn’t. I didn’t think it was in the cards for her,” Brie explained to Us. “So the fact that she got pregnant, it was just so surreal. But the fact that we had this pregnancy together — I mean, twin pregnancy — that’s outrageous. So for me to relive the moments this season, I can’t wait because we’re going to be talking about this until we are, like, little old ladies drinking our wine.”

Nikki added, “We’re literally gonna watch these, like, twin brothers grow up together. When they’re playing soccer, we’re going to be sitting there in our chairs with wine in our cups.”