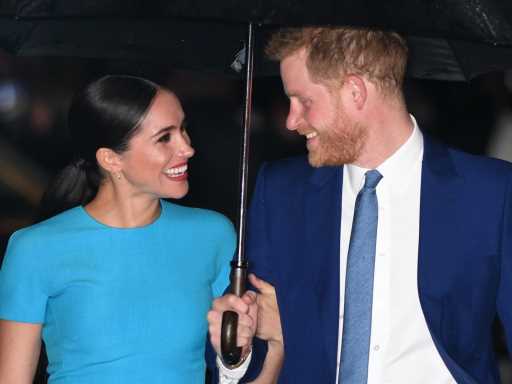 Parents of toddlers are all too familiar with classic children’s songs (sometimes it feels like that’s all we listen to!), and Meghan Markle and Prince Harry are no different. The couple recently revealed that their 2-year-old son Archie’s favorite song is the nostalgic childhood tune “Head, Shoulders, Knees, and Toes.”

On November 11, the couple visited Task Force Liberty on Joint Base McGuire-
Dix-Lakehurst in New Jersey, where roughly 10,000 Afghan refugees are currently being
housed. The Duke and Duchess of Sussex asked to spend time with the children during a
tour of the base, a spokesperson for the couple told CNN, and they stopped by a
classroom of kids learning to speak English.

Teachers had been leading students through “Head, Shoulders, Knees, and Toes” and the royal couple took over, singing and making hand motions. Later, they told the group the song is one of Archie’s favorites.

During the brief visit, the children practiced their English, saying “Nice to meet you” to
Prince Harry and Meghan, who responded with “Tashakur,” which means, “Thank
you” in Dari.

The Duke and Duchess, who also have a 5-month-old daughter Lilibet “Lili” Diana, were
at the military base for Veterans Day and Remembrance Day (a U.K. holiday),
according to Vanity Fair, to discuss mental health in the armed forces.

The Sussexes have been longtime advocates of mental health, even giving up their royal
titles and moving to California in March 2020 to take care of their family away from the royal spotlight.

In a May 2021 interview with Dax Shepard and Monica Padman for their podcast
“Armchair Expert,” Harry said he is determined to offer a different parenting style
than what was modeled for him in the royal family. “I don’t think we should be pointing
the finger or blaming anybody, but certainly, when it comes to parenting if I’ve
experienced some form of pain or suffering because of the pain or suffering that
perhaps my father or my parents had suffered, I’m going to make sure I break that cycle
so that I don’t pass it on,” he said.

Based on their joyful interaction with kids at Task Force Liberty, it’s obvious that Archie and Lilibet have fantastic, involved parents.

See the meaning of our favorite royal baby names from around the world.