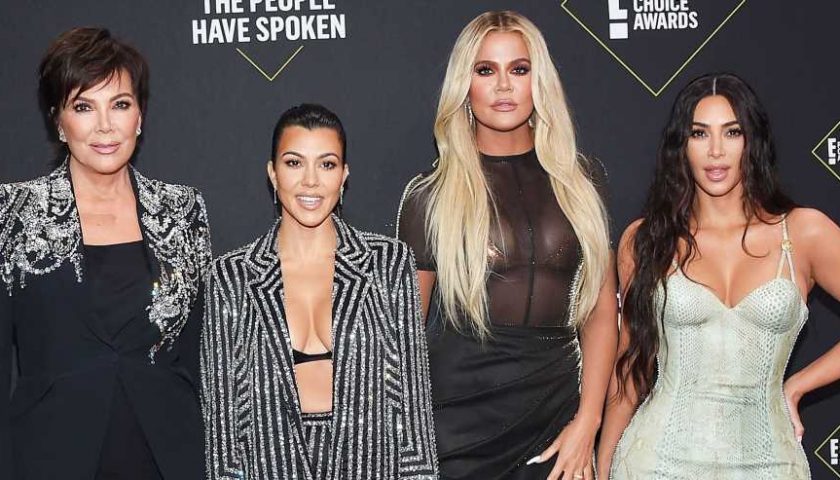 Super similar! Kris Jenner and other celebrities have given their children names that start with the same letter.

The Keeping Up With the Kardashians star welcomed her and her late husband Robert Kardashian’s eldest daughter, Kourtney Kardashian, in 1979 — and the former couple followed the “K” pattern when Kim Kardashian arrived the following year. While Jenner deviated from the trend when her son, Rob Kardashian, was born in 1984, she used it for Khloé Kardashian, as well as her and Caitlyn Jenner’s daughters, Kendall Jenner and Kylie Jenner.

The talent manager actually got the idea from her own mother, Mary Jo Campbell, who named her daughters Kristen and Karen. Karen Houghton has also given her girls “K” names — Kourtni, Kara and Krista.

Kris’ daughters, however, haven’t carried the tradition into the next generation. Kourtney has three children named Mason, Penelope and Reign, while Kim shares North, Saint, Chicago and Psalm with her husband, Kanye West. Kendall doesn’t have kids yet, but Khloé and Kylie chose the monikers True and Stormi for their girls, respectively. As for Rob, he named his and Blac Chyna’s daughter Dream.

The reality stars still have special meanings for their choices, though. “Right before he was born, I told my aunt [Scott Disick and I] were thinking about going with [Mason] for a name,” the Poosh creator told MTV in 2010. “She told me that Mason means the same thing in English that Kardashian means in Armenian — stone worker. Another aunt told me my great uncle used to use the name Mason when he made dinner reservations, because Kardashian was too long.” Even his middle name, Dash, is his late grandfather’s nickname, short for Kardashian.

As for True, the toddler’s name honors one of her ancestors. “I’m so excited to welcome my precious little granddaughter True!!!” Kris wrote on Instagram following the little one’s April 2018 birth. “FUN FACT. My Grandfather’s name on my Dad’s side was True Otis Houghton …. my real Dad’s name was Robert True Houghton … so I am so excited Khloé named her daughter True!!!”

Keep scrolling to see more celebrities who have chosen same-letter names for their family members, from Michelle Duggar to Mike “The Miz” Mizanin.