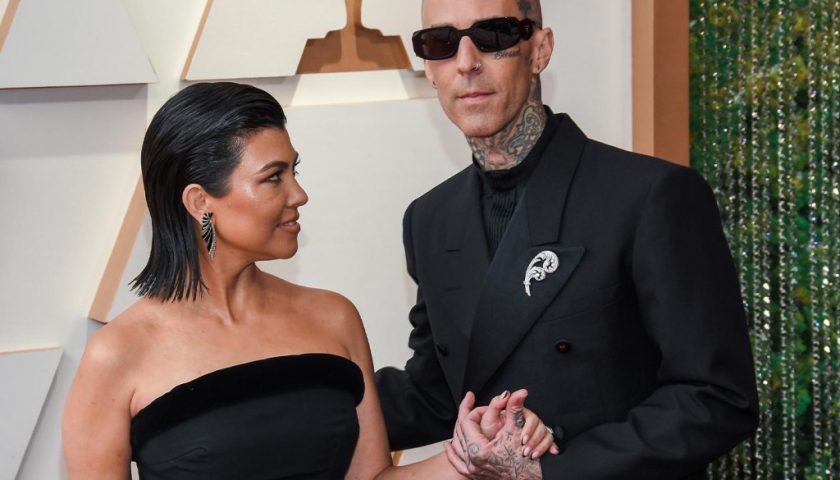 Kourtney Kardashian opened up on the latest episode of The Kardashians about her difficult journey towards pregnancy. The reality star told her mom Kris Jenner that the doctor appointments her and her fiancé Travis Barker have been going on are “awful.”

“Travis and I want to have a baby and so my doctor took us down this road of doing IVF and it hasn’t been the most amazing experience,” she explained to the camera, per PEOPLE.

Kardashian went on to say that the medication she’s taking “put [her] into menopause” and was causing depression. “I have everything in the world to be happy about,” she said. “I just feel a little bit off. I’m super moody and hormonal. Like, I’m a lunatic half the time.” Kardashian added that she really wants to “make something” with Barker.

Jenner told her daughter that she completely gets it. “Of course,” she responded. “You wanna bring your own baby, your own love into the world. You both know exactly how it feels to have a child and how to bring a child into the world and now you want to do it with the love of your life.”

It doesn’t help, Kardashian told her mom, that people on social media keep assuming that she’s pregnant and commenting on her weight. “I’m like, it’s so rude to comment on people when you have no idea what they’re actually going through,” she said.

The mother-of-three previously opened up about freezing her eggs during a segment on The Ellen Degeneres Show. “I’m someone who’s like, ‘What’s God’s plan? Am I supposed to get pregnant on my own at 41?’” Kardashian explained in 2021. “Maybe that’s God’s plan. I’m more like that. That’s I think why I never did the planning. I live in a Disney world.”

Dealing with IVF can be so complicated and painful. We’re wishing the couple so much luck on their journey.

These are some of the reality-TV alumnae we love to follow as they tackle motherhood.