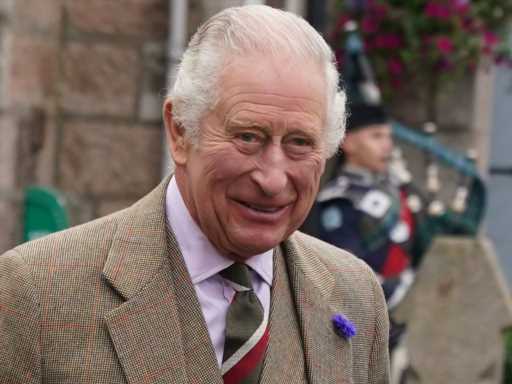 King Charles III and his grandson Prince Archie are going to share a very special day next year. Buckingham Palace recently announced that the new King’s coronation will take place on Saturday, May 6, 2023, at Westminster Abbey in London, England — the very same day as little Archie’s 4th birthday.

With ongoing family tension and speculated drama between Prince Harry, Meghan Markle, and the rest of the royal family, royal expert Katie Nicholl told ET exactly what she thinks about the decision to hold the historic ceremony on the Sussex’s son’s birthday.

“Having the coronation on Archie’s birthday is definitely not a snub,” she clarified. “I think it’s very much a happy coincidence. Obviously a huge amount of planning has to go into an important moment in history, such as a coronation, and the royal calendar is full of anniversaries and birthdays, so I think this is absolutely one of those occasions where it’s a coincidence and hopefully a happy coincidence,” Nicholl explained.

As far as whether or not Harry and Meghan will be in attendance for the coronation, Nicholl said only time will tell. She does believe the couple will at the very least be invited to the ceremonial event, saying, “It’s my understanding they will be, of course, receiving an invitation to the coronation.”

King Charles’s coronation is expected to be less involved than Queen Elizabeth‘s three-hour-long ceremony, with a source close to Charles telling ET it “will be shorter and simpler than 1953 but absolutely still on a scale and spectacle befitting of sovereignty, history and tradition.” 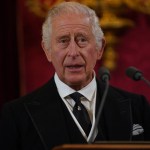 We’ll all have to wait patiently to find out if the Sussexes will spend Archie’s birthday on the other side of the pond on his grandpa’s big day.