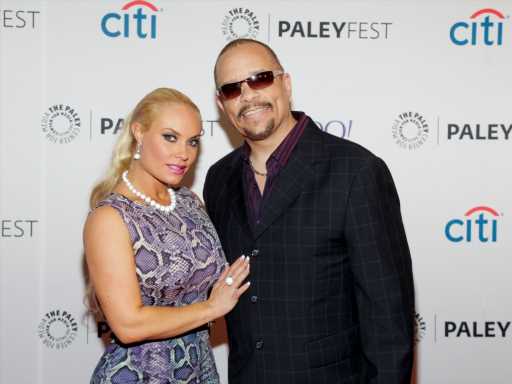 Rapper and actor Ice-T addressed the parenting police who discredit the choices he makes with his wife Coco Austin: “I don’t pay attention to the internet.”

On a Thursday episode of The View, the star responded to fresh controversy over his 5-year-old daughter Chanel wearing plastic nail tips for a school photo and earlier claims that she is too “old” to breastfeed.

“Rule one on the internet: do not pay attention to anything anyone says on the internet,” Ice-T told the co-hosts when one asked how the family felt about opinionated social media users. “Worry about the people who walk up to you and say things in your real life. Those are the people you should be concerned with…..Everybody parents differently. I say every house has its own constitution. We’re doing okay. Our baby’s OK.”

Last week, for a kindergarten portrait, Austin shared an Instagram photo of Chanel posing with her new manicure to which she was treated for “the special occasion,” the mom-of-one explained in the post. But many commenters frowned on the pic, asking, “Why would you put nails on a 5-year-old? What’s up with the makeup? No need for all of that. That’s too much” among more insults.

And in August, when Austin revealed that she still nurses Chanel to promote their bonding, she was mocked by some internet users. Ice-T jumped to defend his family, even tweeting to one Twitter user, “Why the F are you worried about MY Child??? That’s what’s weird.. Now go back in the basement.”

Austin also addressed the controversy during an interview with E‘s Daily Pop. “I just don’t believe society says they should stop at two. You as a mother should stop because they said so. I’m [not] going to stop because I feel like it’s a great bonding experience between her and I. She’s my only child, it’s not like I have a big family of kids, and so I’m savoring every moment with this child.”

During his The View appearance, the Law & Order: SVU star also reflected on Chanel’s on-stage cameos while he performs with his heavy-metal band Body Count, their father-daughter ritual. “Rock on everybody!” she yelled to the crowd in a recent clip.

“Coco always sits on the side of the stage and since Chanel was 2 she would say, ‘Go to daddy,’ and she would run onto the stage. Now she knows what she’s doing, so now, she has lines,” said Ice-T, adding that Chanel usually flashes the heavy metal sign on-stage. “I love it — coming from the contrast of how hard the music I do, you know and how aggressive it is, and then to see this baby run onstage, just kills everybody.”