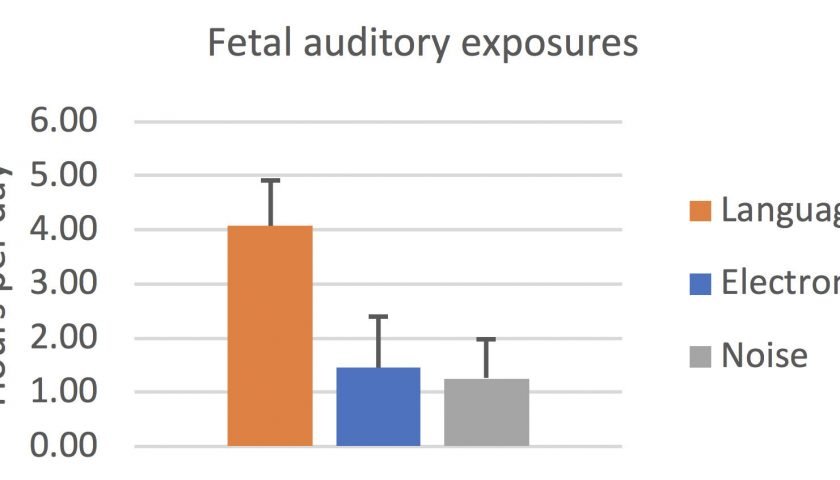 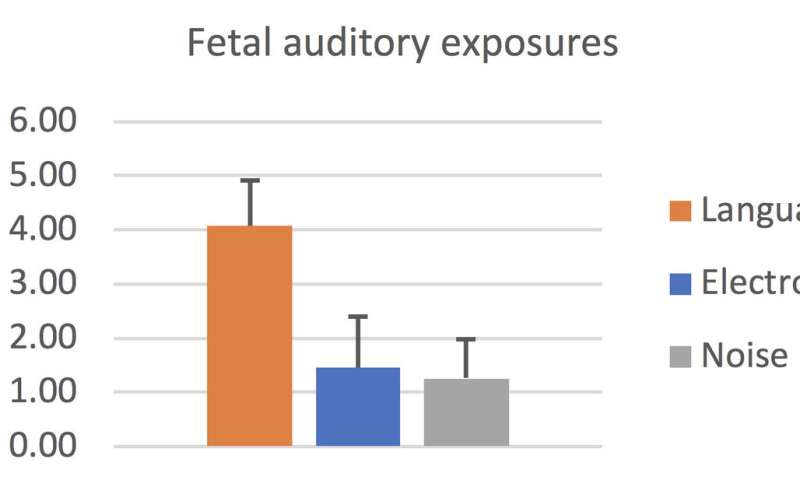 Premature infants spend a considerable amount of time growing in neonatal intensive care units instead of in the womb. The different soundscapes of NICUs has recently attracted interest in how changes in what we hear in our earliest days might affect language development in the brain. One ongoing study is hoping to better understand these differences by painting a clearer picture of what kinds of sounds full-term infants are exposed to in the womb.

The group will present their preliminary findings at the 177th Meeting of the Acoustical Society of America, which takes place May 13-17, at the Galt House in Louisville, Kentucky.

“While there have been other studies evaluating typical language exposure for infants, toddlers and children, we have no data on the amount of language exposure a fetus receives after the onset of hearing in the womb,” said Brian Monson, one of the researchers.

Previous studies have shown that fetuses develop the ability to hear sounds outside the womb shortly before the third trimester, the key time Monson and his colleagues are beginning to record fetuses’ exposure to sound.

The pregnant mothers involved in the ongoing study wear recorders for 24 hours at a time. A computer algorithm then analyzes the recorder data to determine how much time during the day a fetus is exposed to language.

After more than 2,200 hours of audio collected, the group so far has found a wide difference in how much language full-term infants hear while in the womb, ranging from five hours of language per day to as little as two hours and 45 minutes.

“Some fetuses are averaging only 60% of the language exposure of their peers over the course of the third trimester,” Monson said.

Participating infants receive a hearing test at three months after birth to see if there is a relationship between prenatal language exposure and the development of the hearing center of the brain. These will be compared to similar outcomes in a group of infants in the NICU.