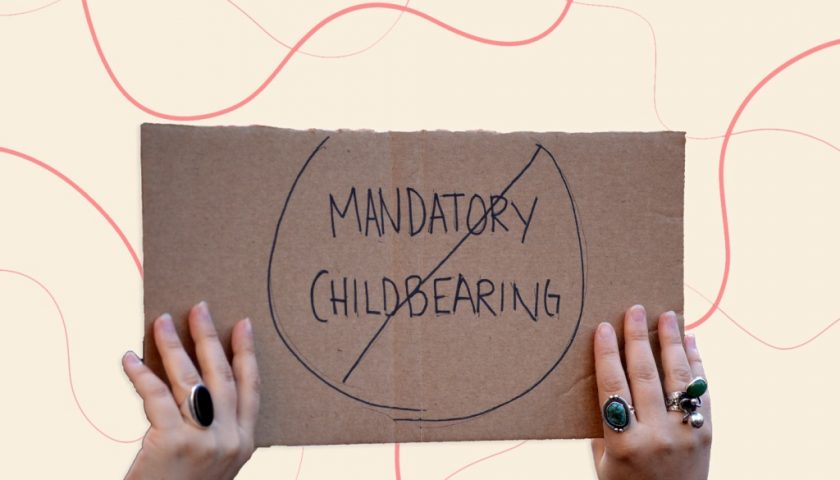 In 1973, the U.S. Supreme Court established that women in the United States had a legal right to abortion, prohibiting individual states from passing laws that would restrict abortion during the first 12 weeks of pregnancy. According to leaked documents from within the courts, the landmark decision is set to be overturned, prompting anger and terror over what this means for women’s rights around the country.

Unsurprisingly, a lot of parents (us included) are not only struggling with our own emotions about this news, but also with how to explain the long-reaching implications of these changes to our children.

Give yourself time to deal with your own emotions first

Before you dig into the complexities of the news coming out of the the U.S. Supreme Court, Reena B. Patel (LEP, BCBA) renowned parenting expert, licensed educational psychologist, board-certified behavior analyst, and author of Winnie & Her Worries, says it’s important for parents and caregivers to make sure they’re in the right place emotionally to discuss the topic. “It’s natural to feel upset or angry,” she says.

However, it’s best to go into this conversation with a clear head so that you are able to be fully present to help your child navigate their own independent thoughts and emotions about what’s going on — and the possible impact it can have on their lives in the future.

How to talk about abortion with your kids

Once you feel ready to talk, Patel says it’s important to first gauge how much your child has already figured out about what’s going on. “Let your child disclose what they know and are thinking without jumping in and sharing more than they are ready to know,” she says, adding that they’ll give you a pretty good picture of just how much they understand.

Next, she suggests making sure you’re tailoring your responses to both your child’s age and their maturity. “You can adjust these statements based on your child’s ability to understand: sometimes women become pregnant and they don’t want (choice) to be pregnant – you can talk about the different reasons why, maybe they aren’t ready to have more children, maybe they can’t afford another child, maybe there’s something wrong with their health or the health of the developing fetus,” she explains.

Keep the conversation focused and factual

While you may feel tempted to turn the conversation towards safe sex, Patel advises against switching gears. “The focus should be on women’s rights over their personal body and a more global discussion of what pro choice means,” she says. “You can have a discussion about conception and the importance of [practicing safe sex], but the question should be, ‘Does the government have a right to intervene in a medical decision a doctor and female patient might make?’”

Patel also says it’s important to make sure you’re sticking to the facts at hand and not editorializing too much. This is a hot button issue, and it’s easy to get pulled off topic.

Be prepared to address their fears

It’s natural for kids to be worried about how this news will impact them, which is why Patel says you should be ready for them to respond to a range of emotions and then validate and empathize with them. “Sometimes, it’s not about finding a solution but just listening and focusing on the present,” she says. “Let your child know they are safe and will have you there if a challenge arises in the future.”

While Patel says decisions that are made now can change in a democratic world, it doesn’t hurt to find things that you and your family can do together to alleviate fear or anger, including reaching out to your congressional representative, educating yourself about options, advocating, and spreading awareness.

Be prepared to tackle other tough topics

It’s not unreasonable to expect your child to also have some probing or personal questions for you as a result of this conversation. You should decide ahead of time how you want to address questions about your own past.

Additionally, you’ll want to be prepared to talk about the other liberties that appear to be in jeopardy based on the leaked legal documents, including protections surrounding same sex and interracial marriage. Patel says it’s important to not only talk about those things as they pertain to your own children and their lives, but also the broader impacts they could have for marginalized communities.

When to start the conversation

While it may seem like the topic is too complex or politically charged to discuss with younger kids, Patel says that kids as young as eight may already be aware of the word abortion and what it means. “This is why it’s important to understand their deep mental age and how a parent decides what information is best to disclose,” she says, adding that you should keep your conversation factual without imposing your own personal emotions into the conversation.

This is a scary time for a lot of people, and while restricting women’s rights really does impact everyone, young girls may be especially worried about the kind of future that awaits them. As parents and caregivers, it’s important that we have a plan to reassure them and show our daughters that we’re going to fight — so that they don’t have any fewer rights than the generations that came before them.

Parents who talk to kids about racism