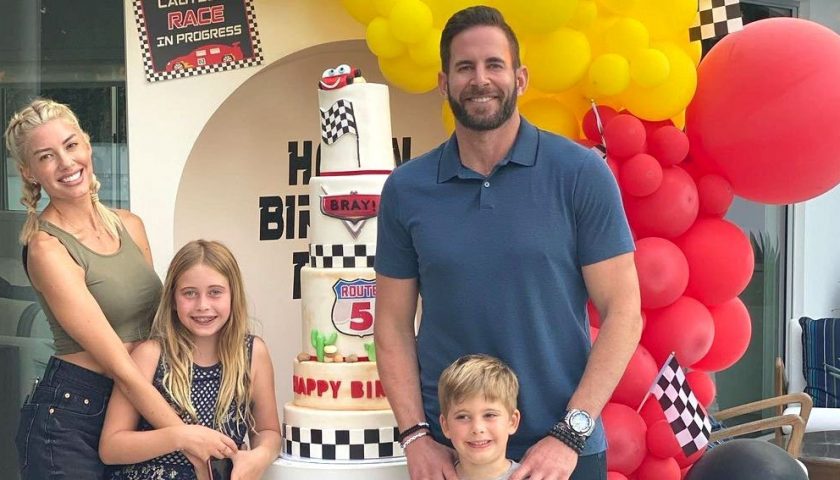 Stepping up to the plate. Heather Rae Young didn’t have any parenting experience before moving in with Tarek El Moussa and his two kids.

“The hardest thing is I’m raising humans and I’ve never raised a human before,” the Selling Sunset star, 33, exclusively told Us Weekly on Tuesday, February 23. “I never had the time to prepare to be a stepmom. Most moms, you know, they have the time they’re carrying the baby. They’re prepped to be a mom. I never had that prep time. I was just thrown into it completely.”

The California native added that raising Taylor, 10, and Brayden, 5, can be “a lot to juggle and a lot to manage” — but she’s “doing a pretty rock star job” so far.

The Netflix personality met El Moussa and his ex-wife Christina Haack‘s two kids one week before she moved in with them. “We’re just such a tight family now, and it’s so special to watch them grow,” Young gushed to Us. “I’ve never seen children grow up in front of my eyes. … Every week, we get them back [from their mom] and I get to see them changing. It’s so cute. I’ve never experienced this before and it’s so special.”

The reality star and her fiancé, 39, are intentional about putting the little ones first, which has helped them maintain an amicable coparenting relationship with Haack, 37, over the years.

“We coparent very well, and we communicate very well … either through text or in person,” Young said. “We help each other out when we need it. If we need to borrow something, we let each other borrow things.”

The real estate agent noted that she “get[s] along great” with the Christina on the Coast star, calling her a “great mom.”

Haack split from El Moussa in 2016. He moved on with Young three years later, proposing to her in July 2020, while the Wellness Remodel author married Ant Anstead. The former couple welcomed a baby boy, Hudson, 17 months, before their September 2020 split.

Young isn’t looking to give birth to any kids of her own with El Moussa, explaining to Us, “Bringing a baby into my life right now would change a lot and I’m not ready for that. So we always say we don’t know what the future holds. In another year, things could change. In six months, things could change. But right now, it’s not on my plate.”