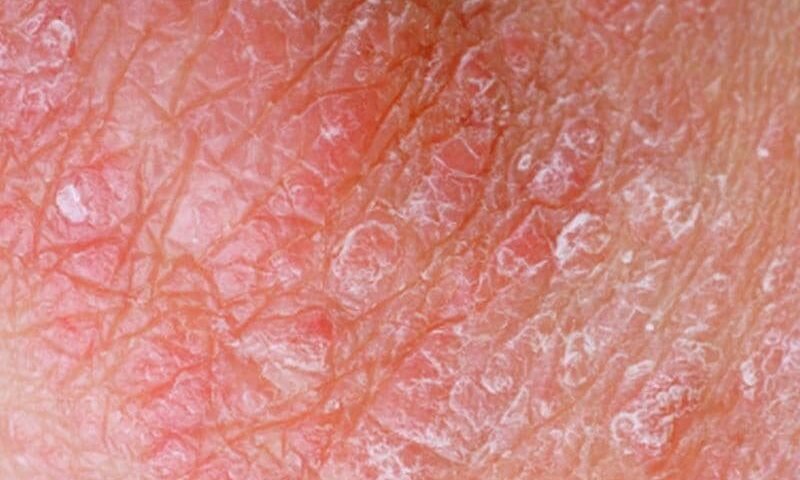 (HealthDay)—In real-life conditions, drug survival rates are higher for ustekinumab than for adalimumab and etanercept for all treatments and types of psoriasis in children, according to a study published online March 18 in the Journal of the European Academy of Dermatology and Venereology.

Céline Phan, M.D., from Hôpital Victor Dupouy in Argenteuil, France, and colleagues evaluated the survival rates of biological therapies in children with psoriasis in real-life conditions using clinical records from 134 children. In addition, the authors evaluated factors associated with the choice of the biological therapy and noted severe adverse events.

The researchers found that 70 children were treated with etanercept, 68 with adalimumab, and 46 with ustekinumab. Age at initiation (younger for adalimumab), age at onset of psoriasis (younger for adalimumab and etanercept), and baseline Psoriasis Assessment Severity Index and Physician Global Assessment scores (both higher for adalimumab) were all associated with choice of first-line biological agent. For ustekinumab versus adalimumab and etanercept, drug survival rates were higher for all treatment and psoriasis types, plaque-type psoriasis, patients naive for biological agents, and non-naive patients. There were seven serious adverse events (SAEs): severe infections (three), significant weight gain (two), psoriasis flare (one), and malaise (one). In three children, biological therapy was discontinued (one child psoriasis flare and two with weight gain).