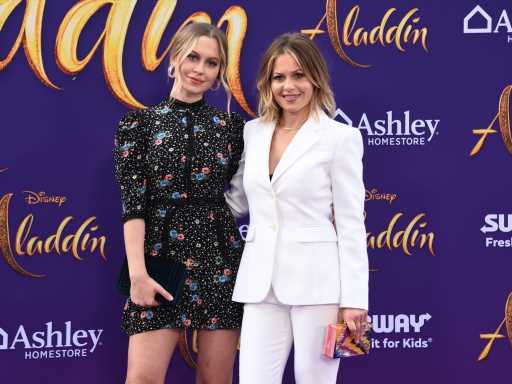 From twinning photos to the occasional PDA snapshot, Candace Cameron Bure shares quite a bit on her social media accounts — and according to her daughter Natasha, maybe a little too much.

But with PDA, Natasha isn’t too upset about that. In case you need a refresher, last year, there was a bit of controversy around a photo of Candace and her husband Valeri Bure posing, while Valeri grabs Candace’s breast.

But Natasha thought the photo was nothing but hysterical. “I was laughing. He’s such a private person. He’s the opposite of my mom and me in that we, like, probably over-share on the internet. When he comes online, he’s a crackup and a hoot. He’s honestly hilarious.”

But the family doesn’t let controversy rain on their parade.

Natasha has been trying her hand at a plethora of things, from acting to YouTube. She’s been posting vlogs and hauls to her YouTube channel with over 260,000 subscribers. And has dabbled in acting. Most recently, she’s starred in the film The Farmer and the Belle: Saving Santaland and the tv movie, Don’t Sweat the Small Stuff: The Kristine Carlson Story. So it’s clear she may be following in her mom’s footsteps.