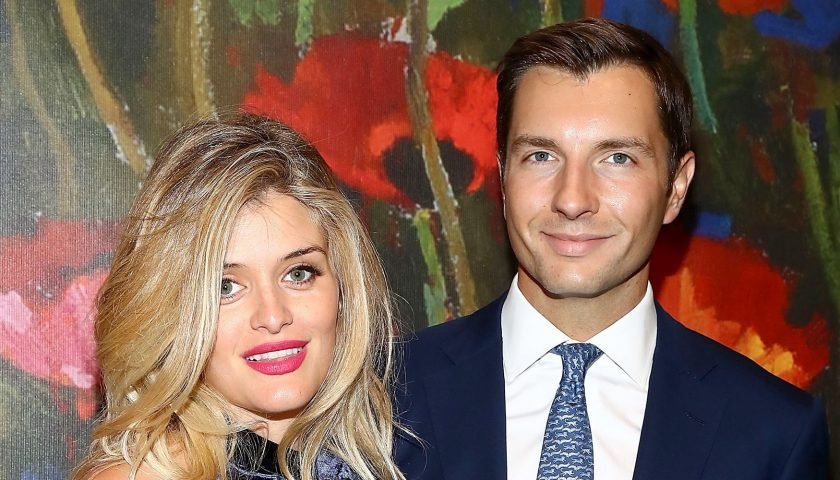 Party of six! Daphne Oz and her husband, John Jovanovic, are expecting their fourth child together.

The former Chew cohost, 33, announced her pregnancy news on Instagram on Tuesday, March 19. “I do love to cook!” she captioned a pic cradling her baby bump. “Bun in the oven #4 coming your way later this year and we couldn’t be more excited!!”

I do love to cook! bun in the oven #4 coming your way later this year and we couldn’t be more excited!! ❤️❤️❤️❤️

I do love to cook! bun in the oven #4 coming your way later this year and we couldn’t be more excited!! ❤️❤️❤️❤️

The Dorm Room Diet author, daughter of Dr. Mehmet Oz, and Jovanovic already share three little ones. The couple, who tied the knot in 2010 after meeting at Princeton University, welcomed Philomena, 5, in 2014, followed by Jovan, 3, in 2015, and Domenica, 15 months, in December 2017.

“And just like that, it’s like she was always here,” the Philadelphia native captioned a family of five photo when her newest arrived. “DOMENICA CELINE JOVANOVIC. 12/4/17. So many hearts overflowing!!”

That same month, Oz told Us Weekly exclusively about the plans she and the investment and funds analyst had to keep growing their brood.

“I always joke that I’d like to have seven kids. I’m not sure that we’ll actually get to that number, but I know myself,” the cookbook author said. “I’m a sprinter, not a marathoner. I want to be out of diapers and away from bottles and all the stuff that goes along with baby sizes.”

And when it comes to role model moms, she told Us that she looks up to Hilaria Baldwin and Jessie James Decker.

“Part of what I love about those two in particular is I feel that they embrace both the messy side of motherhood and the glamorous side of motherhood,” she said. “And they marry them so seamlessly and that to me the whole goal, of being yourself and a mom at the same time.”