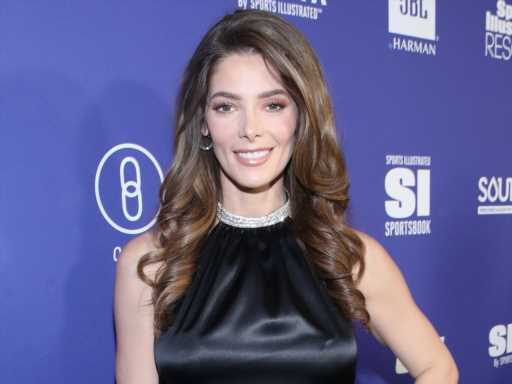 If you purchase an independently reviewed product or service through a link on our website, SheKnows may receive an affiliate commission.

Expecting mama Ashley Greene is opening up about her new parenting journey, from steamy baby bump selfies to in-depth interviews. And in one of those interviews, she revealed that she’s going to take one parenting tip from the Twilight franchise, specifically from Kristen Stewart’s character Bella Swan.

In a recent interview with InStyle, Greene revealed that she’ll be taking one parenting lesson from the lead Twilight character. “The one thing I’ll take from Bella and her relationship with [daughter] Ernest is kind of the fierce protectiveness and loyalty that she has to this child,” she said. “I think that is something that innately comes with being a mother, for sure.”

Greene got married to her fiancé Paul Khoury on July 6, 2018, and in March 2022, they announced they were expecting their first child. What’s super cool is that she’s expecting her first child at the same time that many of her former co-stars are also expanding their families.

In the same interview, she said that this experience has reignited her relationship with her former co-stars, including Nikki Reed, Kellan Lutz, and Peter Facinelli. “Being pregnant allows you to connect with people in a very different way. Nikki and I align on a lot of things, so that has been a really nice kind of re-development of a relationship,” she said.

Greene played the ever-so iconic character of Alice Cullen in the famous Twilight movies, which followed a pair of star-crossed lovers with a vampiric twist.

These celebrity moms revealed their pregnancies in some awesome ways.