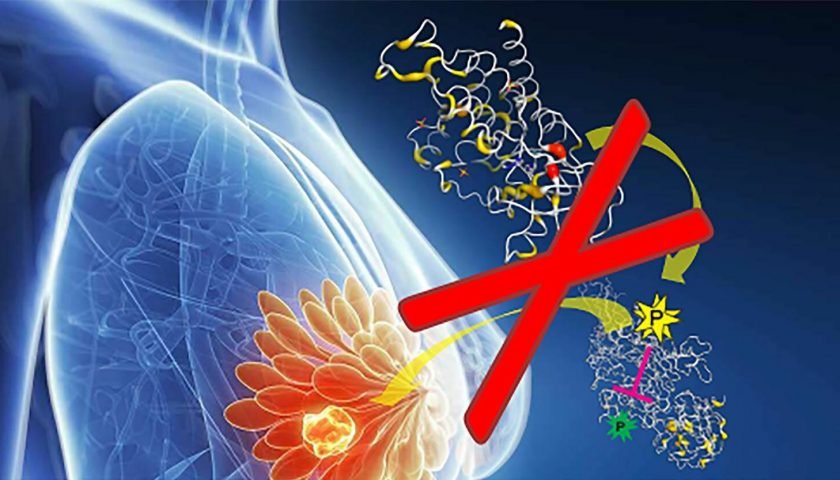 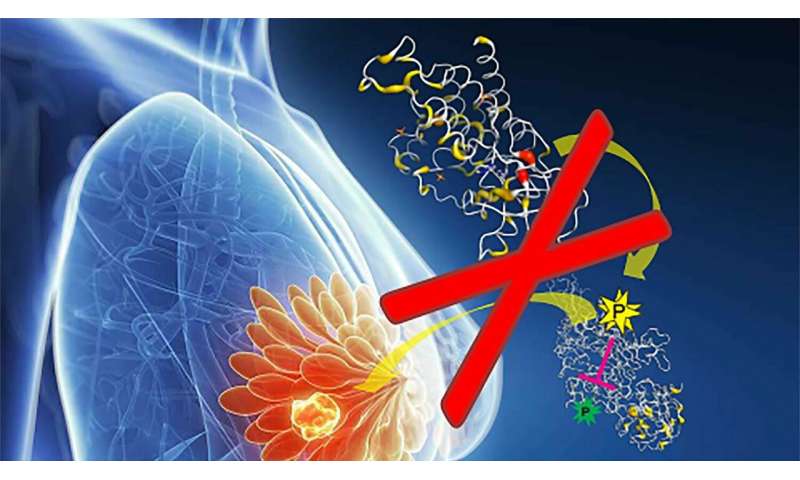 Researchers at the University of Helsinki and Karolinska Institutet have discovered new molecular mechanisms of breast cancer cell signaling that contribute to aggressive behavior of cancer cells.

Uncontrolled growth of cancer arises from the imbalanced regulation of cell division and programmed cell death. To stimulate the growth, cancer cells can induce multiple signaling receptors; including FGFR4 receptor tyrosine kinase, for which the cancer promoting signaling routes have remained incompletely understood.

In breast cancer, FGFR4 is especially overexpressed in the subset, where cell proliferation is driven by another related signaling receptor, HER2. Targeted therapies against HER2 are in use to effectively treat the patients with HER2-positive breast cancer. Because in these tumors excessive FGFR4 expression associates with poor patient survival, combinatorial drug targeting of FGFR4 could prevent the spread of improve treatment efficacy for those patients whose tumors spread aggressively despite HER2 targeting.

Based on this idea, the new study led by Associate Professor Kaisa Lehti first comprehensively elucidated the functions of FGFR4 by screening thousands of candidate proteins that can be modified by FGFR4 mediated phosphorylation.

“Unexpectedly, we discovered that FGFR4 efficiently phosphorylates several essential proteins of the Hippo tumor suppressor pathway,” Lehti says. As the name suggests, Hippo pathway suppresses uncontrolled growth, and disturbances of the Hippo pathway signaling contribute to outgrowth of the tumors.

Biochemical studies on breast cancer cells revealed that, by phosphorylating MST1/2 Hippo kinases, FGFR4 not only regulated growth, but also prevented the induction of programmed cell death. In these cancers driven by both HER2 and FGFR4 signaling, the cells were forced to actively suppress programmed cell death pathways via the herein identified mechanism to survive and grow.

Although such complex cancer cell signaling mechanisms may seem peculiar and almost invincible, they provide also great chances for drug targeting. FGFR4 receptor has distinct structural features allowing for specific targeting with drugs, and several compounds of this type are already in use for basic research and clinical trials. In this study, the researchers utilized a comprehensive oncology drug testing, which revealed that a treatment combining an FGFR4 targeting drug either with HER2 targeted therapy or modulators of the cell intrinsic death program efficiently reduced breast cancer cell viability.

“This clearly reveals a co-targetable vulnerability of cancer cell signaling, and these promising results warrant future studies to investigate the potential of FGFR4 targeting to combat HER2 positive breast cancer or other cancer types where FGFR4 is overexpressed,” Lehti says.