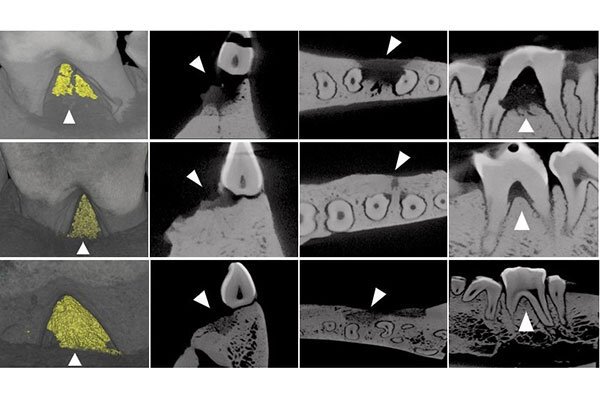 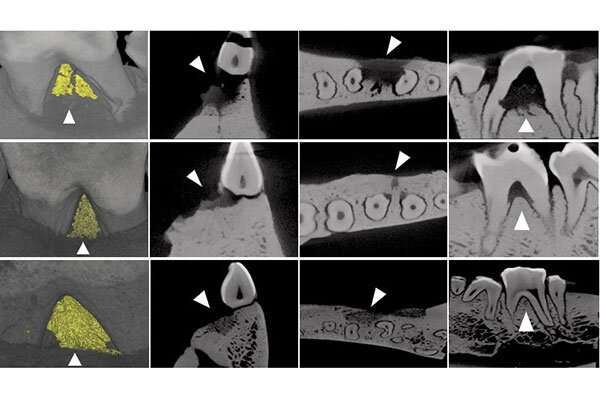 Researchers have designed a safer, faster and cheaper cell-based regenerative therapy approach for the treatment of one of the most common human dental diseases, namely periodontitis. A destructive and painful condition that is marked by inflammation and subsequent loss of the gums and the supporting structures of the teeth, periodontitis is caused by bacteria that trigger inflammation of the gums that surround teeth. The proposed therapy design promises to address periodontitis without the shortcomings and limitations of regenerative therapies to date. By safely and effectively addressing one of the most common human diseases in both a time- and cost- efficient manner, the novel therapy represents monumental advantages to public health.

“The use of cell-based therapies is a promising approach to treat human disease. This kind of treatment paradigm is important because commercially available stem cells that represent a cell-based therapy specifically developed to treat periodontal tissue regeneration will reduce time and cost while improving quality assurance,” says Masahiro Saito, PhD, corresponding author and professor at the Department of Restorative Dentistry, Division of Operative Dentistry at Tohoku University Graduate School of Dentistry. The study was published in Scientific Reports 29 January 2019.

Symptoms of periodontitis disease include inflammation of the gums that surround teeth, which creates infected pockets that not only cause bone erosion and tooth loss but are also associated with worse health outcomes such as heart diseases or even Alzheimer’s disease. Periodontitis is currently treated via therapies such as infection-fighting methods, molecules that promote tissue growth, also known as growth factors, and tissue regeneration using autologous mesenchymal stem cells (MSC), or a patient’s own bone marrow stem cells that belong to skeletal tissues such as cartilage, bone and fat. The ultimate goal of periodontal disease treatment is the reorganization of functional tissue that can regenerate the tissue that has been lost due to disease. However, the side effects of current regenerative treatments have been limited depending on age, systemic disease and tissue quality and as such have been associated with severe defects. 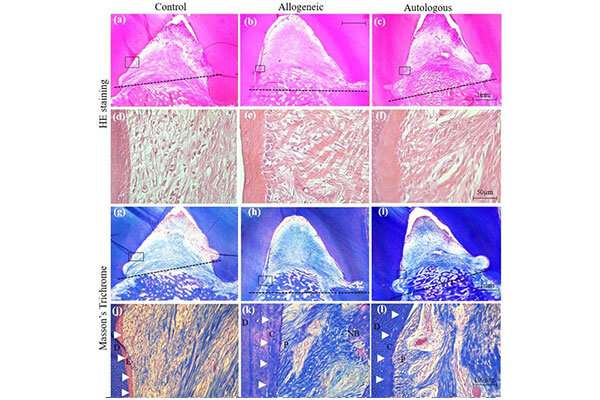 Instead of using an organism’s very own cells, the researchers transplant stem cells from a healthy organism into an affected one – or allogeneic stem cells – and thereby successfully overcome the shortcomings that are associated with autologous stem cell treatments. More specifically, the researchers use a minipig periodontal defect model in which they demonstrate that allogeneic Adipose derived mesenchymal progenitor stem cells (ADMPC) – MSCs that were derived from fat tissue – transplanted from healthy minipigs to those who have periodontal defects is safe and effective for the treatment of periodontitis.

“Our study demonstrates that ADMPCs appear to be safe and not triggering an immune response in allogeneic settings, and as such it explores the potential use of allogeneic MSCs for tissue regeneration. The study is a powerful first step towards further development of stem cell-based therapy for the treatment of periodontal disease,” says Professor Saito.