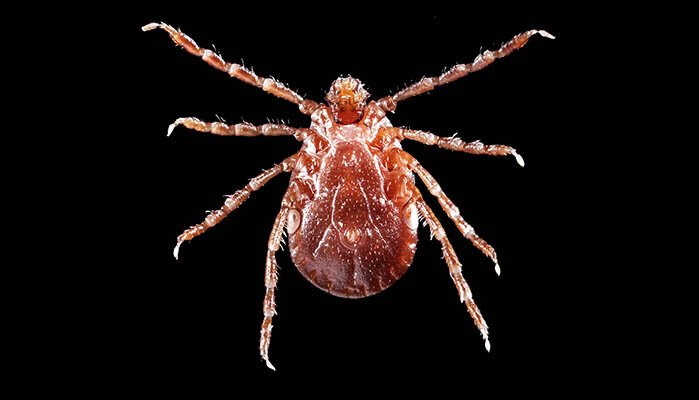 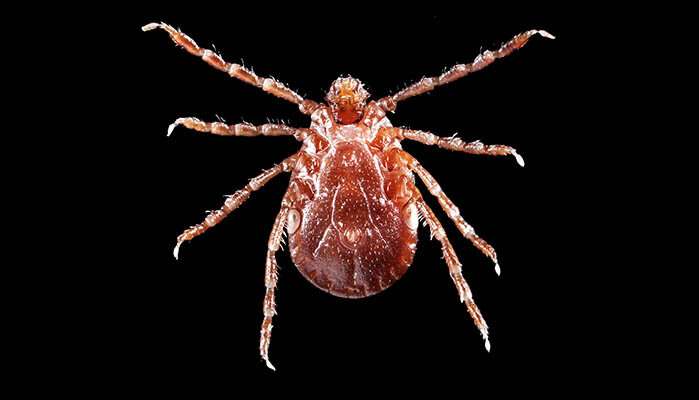 Staten Island residents have another reason to apply insect repellent and obsessively check for ticks this spring and summer: the population of a new, potentially dangerous invasive pest known as the Asian longhorned tick has grown dramatically across the borough, according to Columbia University researchers. And the tick—which unlike other local species can clone itself in large numbers—is likely to continue its conquest in the months ahead.

“The concern with this tick is that it could transmit human pathogens and make people sick,” explains researcher Maria Diuk-Wasser, an associate professor in the Columbia University Department of Ecology, Evolution and Environmental Biology, who studies ticks and human disease risk.

In a new study appearing in the April issue of the journal Emerging Infectious Diseases, Diuk-Wasser and colleagues provide the most exhaustive local census of the new species to date—and suggest the Staten Island infestation is far more advanced than previously known.

The news comes less than a year after the New York City Department of Health announced the discovery of the first member of the species in the city—a single tick—found on southern Staten Island last August.

The tick, native to Asia and Australia, had been identified in the months prior to the Staten Island sighting in New Jersey, West Virginia, North Carolina and Arkansas and just a few weeks earlier in Westchester County. The Westchester sighting prompted a number of state senators to send a letter urging state health officials to act aggressively to stop the spread of the new species.

Public health officials are particularly concerned because the longhorned tick is notorious for its ability to quickly replicate itself. Unlike deer ticks, the common local variety known for carrying Lyme disease, the female Asian longhorned can copy itself through asexual reproduction in certain environmental conditions, or reproduce sexually, laying 1,000-2,000 eggs at a time. They are typically found in grass in addition to the forested habitats that deer ticks prefer, adding a new complication to public health messaging. The Columbia analysis suggests that the public warnings may have come too late.

“The fact that longhorned tick populations are so high in southern Staten Island will make control of this species extremely difficult,” says Meredith VanAcker, a member of Diuk-Wasser’s lab who collected the data as part of her Ph.D. thesis. “And because females don’t need to find male mates for reproduction, it is easier for the population to spread.”

The threat these new arrivals pose to human health is still unknown. In Asia, there have been reports of ticks passing on a virus that can cause a number of diseases, including hemorrhagic fever and ehrlichiosis, a bacterial illness that can cause flu-like symptoms and lead to serious complications if not treated.

The arrival of the species on Staten Island adds another unwelcome dimension to the region’s tick woes, which have grown dramatically in recent years. Thanks to an expanding deer population, Lyme disease spread through deer ticks has reached epidemic proportions in some areas of the Northeast. Deer ticks (also called black-legged ticks) are capable of disseminating six other human pathogens.

The first Asian long-horned tick in the U.S. was identified in New Jersey in 2013. A large population was later found on sheep in Mercer County, New Jersey. Diuk-Wasser became aware of the potential danger when a doctor at a Westchester clinic removed a tick from a patient and sent it in for identification. The discovery of the first human bite prompted widespread alarm.

By then, the Columbia team was already in the midst of an extensive “tick census” on Staten Island to determine how the landscape connectivity between urban parks influenced the spread of disease.

The Asian longhorned is easy to miss because it resembles a rare native species of rabbit tick. VanAcker spent months combing areas of Staten Island for ticks, dragging a square-meter corduroy cloth over leaf litter and examining it every 10 to 20 meters Diuk-Wasser, post-doctoral student Danielle Tufts and other members of the Diuk-Wasser lab found huge numbers of them on the bodies of unconscious deer that had been captured and anesthetized by wildlife authorities.

VanAcker found her collections were overflowing with the new species, leading to publication of the current study in Emerging Infectious Diseases. Her work on landscape connectivity, slated to appear in the June issue of the same journal, drives home the difficult decisions facing policymakers as they attempt to arrest the spread of the new species and others like it.