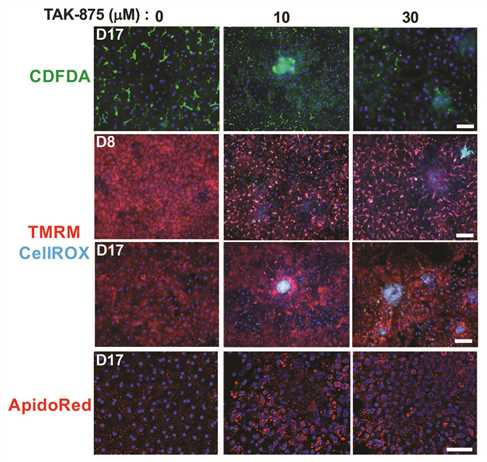 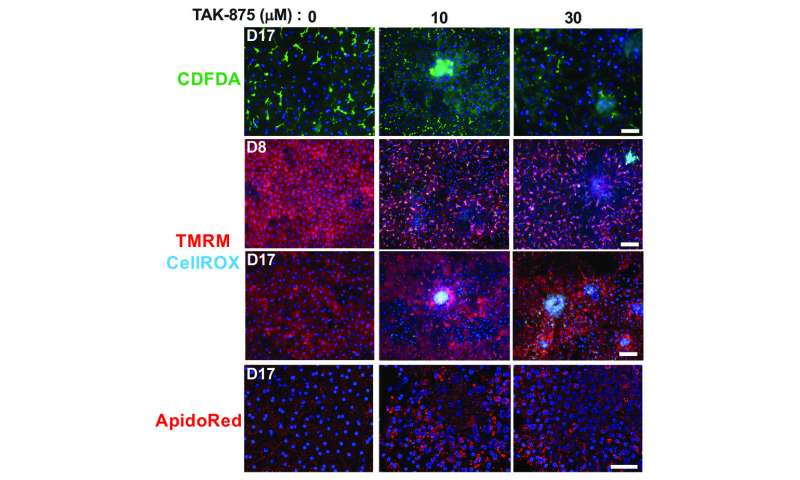 Among the numerous microengineered Organ-on-a-Chip (Organ Chip) models developed at the Wyss Institute, the Liver Chip is of special interest to a number of industries because the real-time analysis of complex biochemical interactions could greatly enhance the liver toxicity testing that is ubiquitous in the development of drugs, foods, and other consumer products. The Wyss Institute’s unique innovation model has brought together a multidisciplinary team of collaborators from academia, government agencies, and biopharmaceutical companies to support the translation of Organ Chips from an academic project to a platform that is commercially available to advance research and development.

Emulate, Inc., a company spun out from the Wyss Institute to commercialize the Organ Chip technology, announced today a new study based on work begun at the Wyss Institute and advanced at the company with biopharmaceutical industry partners showing that its Liver-Chip model recreates species-specific toxicity responses that known tool and drug compounds induce in human, dog, and rat livers. The data indicate that the Liver-Chip could potentially be used alongside animal models in preclinical testing to improve safety predictions in humans, with the aim of better clinical trial outcomes and safer drugs. The research is published in Science Translational Medicine.

“This is an important milestone in the effort to improve the drug discovery and development process that was achieved by leveraging the Wyss Institute’s unique translational model, which allowed us to evaluate the promise of Organ-Chips both technically and commercially early on in the development of the technology,” said corresponding author Geraldine A. Hamilton, Ph.D., President and Chief Scientific Officer of Emulate, who previously worked with Wyss Institute Founding Director Donald Ingber, M.D., Ph.D. to oversee the development of the Organ Chip technology. “We are excited to see what advances our customers will be able to achieve using this Liver-Chip, and we are grateful for the opportunity to impact the drug discovery and development process and make a difference in the lives of patients.”

The Liver-Chip research team, which included scientists from AstraZeneca, Emulate, Janssen Research & Development, LLC, and the Wyss Institute, engineered a species-specific Liver-Chip with up to four different cell types found in the livers of rats, dogs, and humans to approximate the liver’s smallest functional unit. The team first exposed the Liver-Chip to FIAU, a compound known to cause liver toxicity in humans, and observed much lower and varying degrees of toxicity in the dog and rat chips than in the human chips, recreating what had been observed in previous animal studies. When the researchers tested the Liver Chip’s responses to different drug candidate molecules contributed by Janssen, they saw differences in the drugs’ impact on the function of human versus animal liver cells that recapitulated those seen in vivo. They were also able to test underlying mechanisms of action for the different drugs and gain insights that were not possible to observe with conventional cell-based systems or animal models.

From the benchtop to the marketplace

Most drugs that enter clinical trials are first tested in animals to ensure they are safe before being administered to humans. Testing for liver toxicity in rats and dogs is standard for the majority of drug candidates in preclinical studies, but these tests can produce results that conflict with each other and with the responses later seen in humans. Human liver toxicity is one of the primary reasons why drugs fail in clinical trials.

The research with the Liver-Chip demonstrates how this platform could help ensure that safe and effective therapeutics are identified sooner, and ineffective or toxic ones are rejected early in the development process. As a result, the quality and quantity of new drugs moving successfully through the pipeline and into the clinic may be increased, regulatory decision-making could be better informed, and patient outcomes could be improved. Advancing the assessment of drug safety and efficacy is a goal shared by collaborators who were initially brought together by the Wyss Institute. Through numerous collaborations with industry and with grant support from the Defense Advanced Research Projects Agency (DARPA), Food and Drug Administration (FDA) and National Institutes of Health (NIH), the Wyss Institute has played a central role in refining Organ Chip technology and evaluating it for market applications.

The Liver-Chip is based on technology developed in Ingber’s lab and consists of a clear, flexible polymer about the size of a USB drive with parallel internal channels that are lined with living cells. The spatial arrangement of the channels and cell types more accurately recreates the tissue microenvironment of human organs in vivo, and exhibits physiological responses and disease states that are similar to those that occur in humans. A wide variety of Organ Chips, including lung, intestine, brain, kidney, bone marrow, and liver were developed at the Wyss Institute before commercialization efforts moved to Emulate, which extended and refined the work into Organ-Chips that they commercialized and continue to develop.

Emulate is now marketing its Organ-Chips as predictive human-relevant models to investigators across the research, pharmaceutical, biotechnology, and cosmetics industries, and plans to expand their offerings into disease modeling in the future.