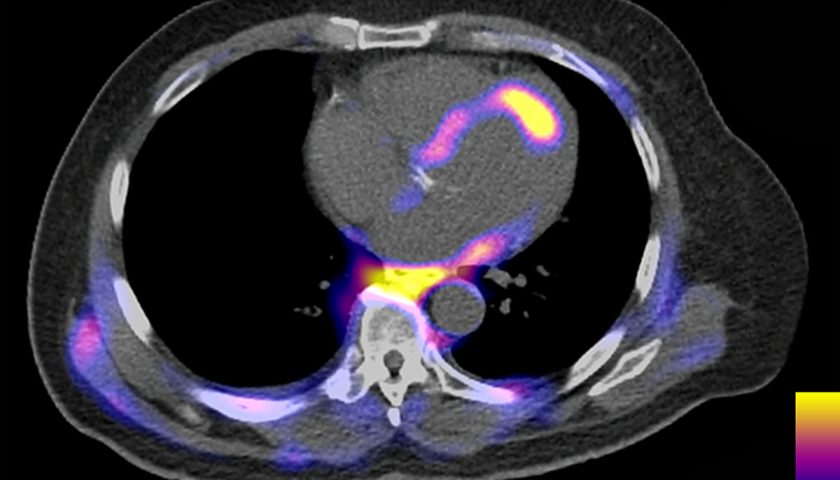 When a patient arrives in the emergency room with symptoms of a heart attack, doctors’ first priority is to restore blood flow to the heart muscle. Over the past few decades, therapeutic advances aimed at getting blood flowing and reducing strain on the heart have improved patients’ chances of surviving heart attacks to more than 90% from 50%.

However, survivors face a heightened risk of future heart attacks and heart failure, and current therapies do not optimally reduce those long-term risks. Even a brief cutoff of blood supply can trigger an inflammatory response that weakens the heart and leaves it with lasting scars.

An international group of researchers has teamed up to study the biological processes that drive injurious inflammation after heart attacks, with a goal of finding therapies to help people recover more completely and reduce the risk of permanent heart damage. With a $6.5 million grant from the Leducq Foundation, they have established a network called The Inflammatory-Fibrosis Axis in Ischemic Heart Failure: translating mechanisms into new diagnostics and therapeutics network (IMMUNO-FIB HF) to study the intertwined roles of inflammation and fibrosis, or scarring, in driving long-term heart damage.

IMMUNO-FIB-HF is part of the foundation’s Transatlantic Networks of Excellence, an effort that aims to foster innovative scientific research in cardiovascular and neurovascular disease by bringing together European and North American scientists with complementary expertise. Robert J. Gropler, MD, a professor of radiology and senior vice chair and division director of Radiological Sciences at Mallinckrodt Institute of Radiology (MIR) at Washington University School of Medicine in St. Louis, leads the North American effort.

“Heart failure progression is one of the leading causes of death in the world,” said Gropler, also a professor of medicine. “Inflammation and fibrosis are the twin drivers of heart failure progression, but we don’t really understand how these processes occur. The idea was to bring together experts in inflammation and experts in fibrosis to unravel the mechanisms and design specific therapies to ameliorate the process.”

A heart attack triggers an inflammatory response and sets off a cascade of biological events that can end in structural changes to the heart that impair the organ’s ability to pump blood, a process called cardiac remodeling. Researchers have tried to find drugs to interrupt this process, but a lack of detailed information on how the process unfolds has stymied efforts to come up with good therapeutic targets.

“We know that inflammation is important, but the problem is that the immune system is very complex,” said co-principal investigator Kory J. Lavine, MD, PhD, an associate professor of medicine in the Division of Cardiology. Also an associate professor of developmental biology and of pathology & immunology, Lavine leads the team’s effort to identify the immune cell types and molecules that mediate harmful inflammatory responses.

“There may be multiple pathways that lead to detrimental cardiac remodeling, and different patients may benefit from different therapies,” Lavine said. “The challenge is: Can we identify the right immune cells to target, can we figure out how to target them, and can we deliver these therapeutics to the patients most likely to benefit from them?”

To better understand the processes at work, the researchers need to be able to see what is going on inside the heart in the aftermath of a heart attack. Co-principal investigator Yongjian Liu, PhD, an associate professor of radiology at MIR, has developed a positron emission tomography (PET) imaging agent that detects inflammatory white blood cells known as CCR2+ monocytes and macrophages. Another co-investigator has developed an imaging agent for fibroblasts, cells that produce scar tissue. Both imaging agents have proven useful in animal studies. Liu leads the team’s effort translating them for use in people, so they can track inflammation and fibrosis in heart attack patients in the days, weeks and months after such events.

“Some people recover well from a heart attack, some recover poorly, some have persistent symptoms even after they recover, and we don’t understand why,” Liu said. “Imaging gives us a noninvasive way to see what’s going on in actual patients.”

By combining these imaging agents with other measures of heart damage and abnormal function, the researchers expect to be able to see how such cells contribute to cardiac remodeling and whether investigational therapies have an effect on these cells. Two experimental therapies are being developed by other groups in the network.

“We don’t really have treatments available to reduce inflammation and fibrosis in people who have suffered heart injuries,” Lavine said. “The goal of IMMUNO-FIB-HF is to find novel therapies that block or attenuate these pathways and give people the best chance for their hearts to heal.”