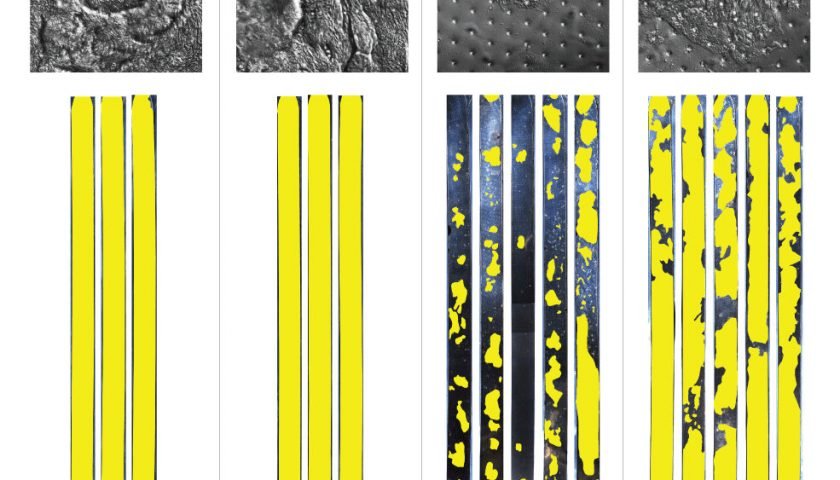 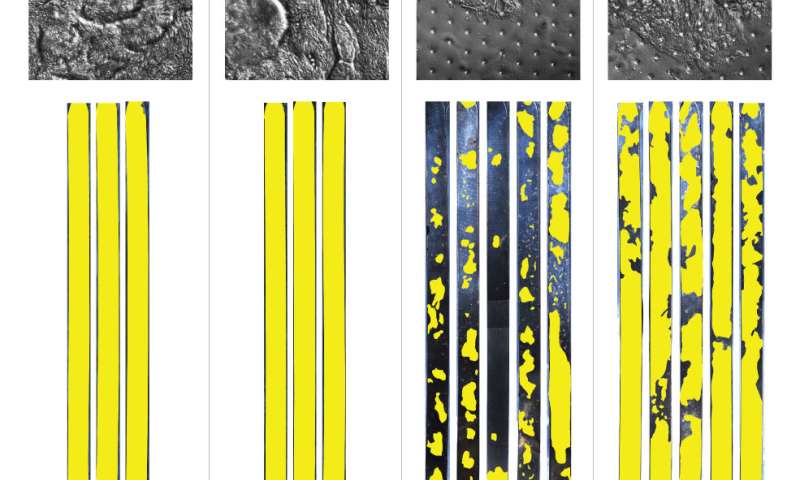 It remains mysterious why humans get infected by some bacterial or viral pathogens relatively easily while animals that have very similar tissues and immune functions do not. This chasm also is the reason why researchers frequently face problems in their efforts to model pathogenic diseases in animal models, such as mice, and why drugs developed using this approach often fail in humans.

A striking example of species-specific differences in tolerance to infection can be seen in the response to enterohemorrhagic E. coli (EHEC) bacteria, which are responsible for more than 100,000 infections per year alone in the U.S., and the cause of bloody diarrhea (travel diarrhea), colitis and hemolytic uremic syndrome (HUS) – a serious condition that induces kidneys to fail after they encounter EHEC’s Shiga toxin. For years it has been known that it takes 100,000-fold higher numbers of pathogenic EHEC bacteria to infect mice compared to humans, and that mice don’t develop symptoms of the disease unless the animals are grown under special germ-free conditions in which they lack a normal commensal gut microbiome.

A multi-disciplinary team of biological engineers, microbiologists, and systems biologists at Harvard’s Wyss Institute for Biologically Inspired Engineering working on the Institute’s DARPA-supported “Technologies for Host Resilience” (THoR) Project, whose goal it is to uncover the causes of tolerance to infection exhibited by certain individuals or species, has now succeeded in modeling infection of human colon with EHEC in vitro using a microfluidic Organ-on-a-Chip (Organ Chip) culture device. Surprisingly, their approach enabled the identification of key differences between the metabolites produced by the complex communities of commensal bacteria that comprise the microbiome present in the mouse versus human colon. They found that four metabolites that are produced at higher levels by the human gut microbiome can help explain the enhanced sensitivity of human colon towards EHEC. The study was published in Microbiome.

“We were motivated by the observation that there are often enormous differences in sensitivity between human and mouse intestine when challenged with same pathogen, and past work that has shown that some of these differences in tolerance to infection can be explained by differences in the gut microbiome between these species,” said Wyss Institute Founding Director Donald Ingber, M.D., Ph.D., who led the study. “To attack this problem directly, we leveraged our human Organ Chip technology and combined it with microbial metabolites produced in bioreactors, as well as metabolomic analysis, to gain insight into the molecular basis for this species-specific difference in sensitivity to EHEC.” Ingber is also the Judah Folkman Professor of Vascular Biology at Harvard Medical School (HMS) and the Vascular Biology Program at Boston Children’s Hospital, as well as Professor of Bioengineering at Harvard’s John A. Paulson School of Engineering and Applied Sciences.

Because EHEC primarily infects the human colon, the team first assembled a Colon Chip using its microfluidic culture technology and leveraging their recent advances in using intestinal tissue fragments known as organoids as intermediates toward the generation of a highly functional intestinal epithelium that spontaneously forms finger-like projections called intestinal villi in the device. In the Colon Chip, the colon epithelium lines one of two parallel channels (the “intestinal luminal channel”) that are separated by a porous membrane coated with an extracellular matrix (ECM) to which cells preferentially adhere. The opposite channel (the “vascular channel”) is lined by human intestinal endothelial cells that mimic a blood vessel supporting and communicating with the colon epithelium. 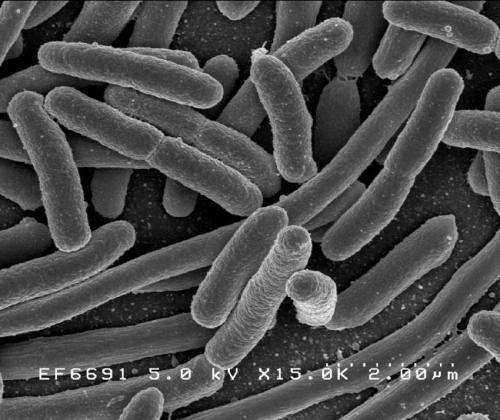 The team tested whether the full complexity of soluble molecules produced by complex mouse and human microbiotal communities cultured in bioreactors that mimicked the large intestinal milieu differently affected EHEC infectivity in the human Colon Chips. “It was striking—after addition of human microbiome-specific metabolites the human colon epithelium was badly injured with large lesions appearing where cells died and detached from the tissue, while the same human epithelium exposed to mouse microbiome-specific metabolites were much less effected,” said first-author Alessio Tovaglieri, who performed his graduate work on Ingber’s team as a student at ETH Zurich in Switzerland. “Interestingly, the pathogenic EHEC bacteria did not injure the colon tissue in the absence of microbiome metabolites, and the complex metabolite mixtures themselves had no effect in the absence of EHEC.”

The team was able to demonstrate that the differences in injuries triggered by human and mouse microbiome metabolites were not due to changes in inflammatory cytokines, differences in Shiga toxin production, or alterations in the ability of EHEC to colonize the colon epithelium. To get closer to the actual root causes, they performed transcriptomics analysis, analyzing changes in gene expression in the EHEC bacteria upon exposure to the human and mouse microbiome metabolites and metabolomics analysis to identify differences in the chemical composition of the two metabolite mixtures.

“Genes encoding proteins that act in EHEC chemotaxis and flagellar motility scored highest among all the genes specifically upregulated by the human microbiome’s metabolites that appeared to enhance pathogenicity, and, interestingly, we found that EHEC bacteria exposed to the human microbiome’s metabolites were much more motile,” said Tovaglieri. Flagellae are the complex slender appendages that many bacteria use like motors to move themselves towards food sources (chemotaxis).

Out of 426 metabolites that were present at different levels in the two metabolite mixtures, a combination of four human microbiome metabolites, which all were elevated compared to their levels in the mouse microbiome, was sufficient to increase EHEC motility in a dish. Importantly, they also were sufficient to convert the normally innocuous mouse microbiome’s metabolite mixture into one that facilitates damage to colon tissue in the human Colon Chip device, making it as effective as the human microbiome’s metabolites. Some of these same metabolites are found at much higher levels in children who are also known to be more sensitive to EHEC infection.