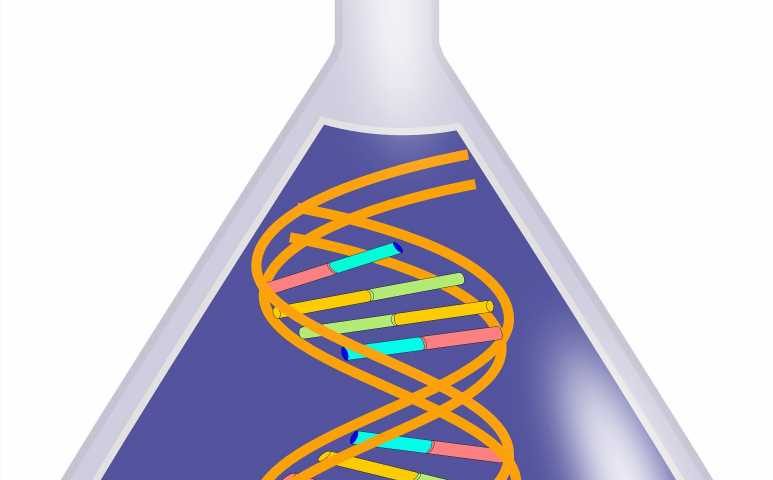 An unexpected finding from the Scripps Research laboratory of Xiang-Lei Yang, Ph.D., has illuminated a potential strategy for treating the inherited neurological disease Charcot-Marie-Tooth (CMT), for which there is no approved medicine today.

CMT is a progressive disease that typically develops early in life, affecting roughly 1 in 2,500 people. Over time, the disease inflicts damage on patients’ peripheral nervous system—which extends from the spinal cord into the hands and feet—often resulting in difficulties with balance, walking and fine motor skills such as writing or buttoning a shirt.

In a study that appears in Nature Communications, Yang and her team show that a drug may be able to prevent the disease-causing mechanisms from occurring within cells, quelling many key symptoms, including motor deficits.

The approach centers on enzymes known as aminoacyl-tRNA synthetases (aaRSs), which are pervasive throughout the body. They are the largest protein family linked to CMT disease, and also the long-running research specialty of Yang’s lab. These enzymes are essential to life because they kick off the first step of making new proteins, which are the building blocks of everything from blood and hormones to skin and bones. But in patients with CMT, some of the aaRS enzymes don’t function as they should. As a result, peripheral neurons aren’t made properly and become toxic to the peripheral nervous system.

In her search for a potential treatment approach, Yang wanted to find out why the mutated enzymes only seem to affect peripheral neurons. She discovered that while aaRS enzymes typically function in a part of the cell known as the cytoplasm, one mutated form of the enzyme known as TyrRS—which is known to be linked to the disease—exists inside a cell’s nucleus.

“The nucleus is the site for gene expression or transcription to take place, which made this finding of special interest to us,” Yang says. “Transcription regulates the identity of cells and cell-specific maintenance programs, and if something goes awry during this process, disease can result.”

Fueled by the excitement of her nucleus discovery, Yang collaborated with Albena Jordanova, Ph.D., at the University of Antwerp. Jordanova is the scientist who first linked the mutant TyrRS enzyme to CMT disease and established a fruit fly model that exhibits CMT, enabling disease-focused research efforts.

Working together, the teams conducted experiments on fruit flies that showed “unequivocally” that the location of TyrRS in the nucleus was contributing to disease in a significant way. Then, by using a small-molecule drug called embelin to keep the enzyme from entering the nucleus, the team “achieved a complete rescue” of a fruit fly with CMT disease.

Yang noted that the discovery is most immediately relevant for patients who have a form of the disease known to be caused by mutant TyrRS. However, the findings may translate to subtypes caused by other mutant aaRS enzymes.