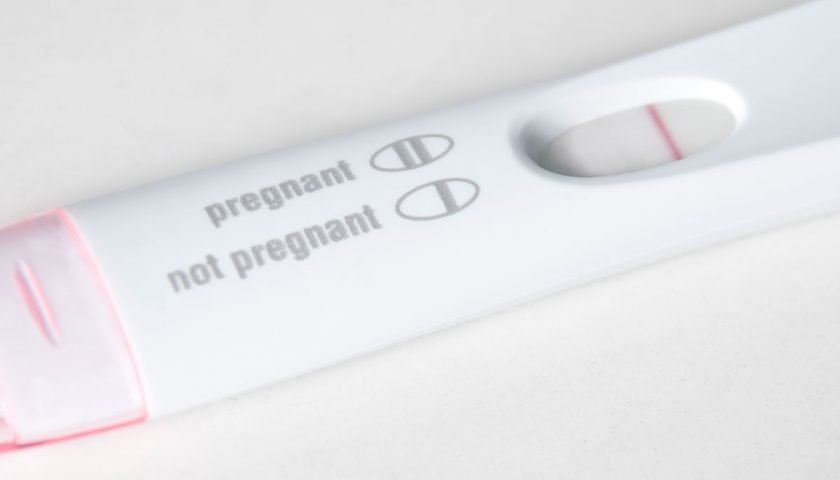 Each year, women in the U.S. rely on some 20 million home pregnancy tests to learn potentially life-altering news. Despite marketing claims that such tests are 99 percent accurate, research at Washington University School of Medicine in St. Louis over the past decade has shown that up to 5 percent of pregnancy tests return results indicating a woman is not pregnant when, in reality, she is. 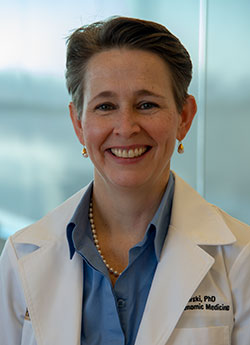 Makers of pregnancy tests advise that tests taken in the first week or two after conception could be inaccurate because pregnancy hormones may not have risen high enough to be detected. But Ann Gronowski, PhD, a professor of pathology and immunology, and of obstetrics and gynecology, and medical director of core laboratory services at Barnes-Jewish Hospital, discovered that pregnancy tests can also give incorrect results to women five weeks or more into their pregnancies, when hormone levels tend to be very high. She published the first paper describing this problem in 2009, and since then has continued studying and raising the alarm on this serious but under-recognized issue. Recently, she and colleagues published a paper in the journal Clinical Chemistry, in which they evaluated how likely several pregnancy devices were to give false negative results.

Q: How did you discover that some pregnancy tests produce false negative results?

About a decade ago, a woman came to the emergency department saying she was pregnant and was experiencing cramping and spotting – which can be signs of miscarriage – but the pregnancy test we gave her at the hospital came back negative. She was certain she was pregnant, so we performed a blood test and an ultrasound, both of which confirmed she was pregnant. Shortly afterward, we had a similar experience with a second patient, and at about the same time a colleague at Vanderbilt University called me with a similar observation. So we started investigating, and we published a paper describing the problem and its cause.

We use a kind of pregnancy test in the emergency department that is similar to what you can buy at a drugstore. These tests detect a pregnancy hormone called human chorionic gonadotropin (hCG) in a urine sample. One antibody captures the hormone in the urine, and the other serves as a signal. It has a color that becomes visible when it detects the correct hormone. That’s the second blue or pink line you see on a test, and it indicates a positive result (the first line is just there to show the device is working properly).

But a degraded form of the hormone also can be found in the urine, and in some devices the first antibody will bind to the degraded form. The amount of the degraded form, called hCG core fragment, goes up as pregnancy progresses. The more of the fragmented hormone that is around, the more likely the first antibody will accidentally capture the fragment instead of the intact hormone. However, the signal antibody does not respond to the fragment so it does not change color when that happens, and therefore you get a negative result even though the hormone might be present.

Q: How common is this problem?

It depends on the device. They all use different antibodies, and some are better at discriminating the full hormone from the fragment than others. We looked at 11 of the most commonly used hospital pregnancy tests to see if they were susceptible to false negatives when levels of the hormone fragment were high. Seven were somewhat susceptible, two were highly susceptible, and only two tests were not susceptible. The worst one gave false negatives in 5 percent of the urine samples of pregnant women tested. That was, unfortunately, the test we were using when that initial patient came in. Based on our research, we have switched to a test that does not have this false-negative problem.

Q: Are the makers of pregnancy tests doing anything to solve this problem?

Based on our work, the Food and Drug Administration has acknowledged the need for pregnancy tests that are not susceptible to false negatives. The FDA requires that all new tests generate a positive signal even when concentrations of the fragmented hormone are high. Unfortunately, this requirement does not apply to tests that were already FDA-approved.

Q: What can women do if they think they received a false negative on a pregnancy test?

What’s interesting is that some women discovered our research and have been posting in online pregnancy forums, saying that if you think you’re pregnant but the test comes back negative, dilute the urine with water and try again because sometimes the tests are wrong. And that can actually work. Dilution reduces levels of the hormone fragment enough that the first antibody is more likely to detect the intact hormone again. But I do not recommend this. The best test to detect pregnancy is a blood test. If there’s any doubt, I would recommend women talk to their physicians and request blood tests.